Beef focus: Behind the scenes of a French slaughterhouse and boning hall 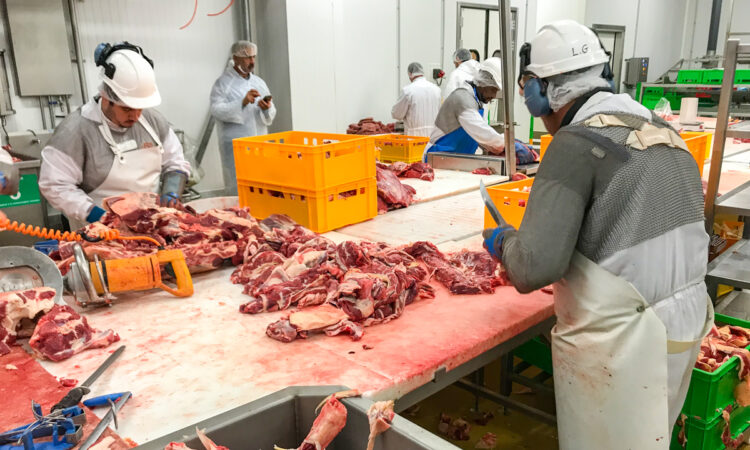 In France, the suckler herd amounts to approximately 19 million cows. These cows are the back bone of the French beef industry, paving the way for the production of 1.2 million tonnes of beef (FranceAgriMer figures).

Some 3.3 million cattle are slaughtered in France annually; this makes France the largest producer of beef in the EU and the sixth largest in the world.

Cattle are slaughtered in a network of 210 slaughterhouses, with 20% (240,000t – carcass weight) of the beef processed destined for export. In France, the cattle slaughtered for consumption are female, while bulls are exported – mainly to Italy.

As part of the Sommet de l’Elévage livestock show – which took place in France recently – AgriLand visited the abattoir of Gévaudan, located in the heart of the southern Massif Central livestock production area – the Aveyron, Lozére and Cantal departments. 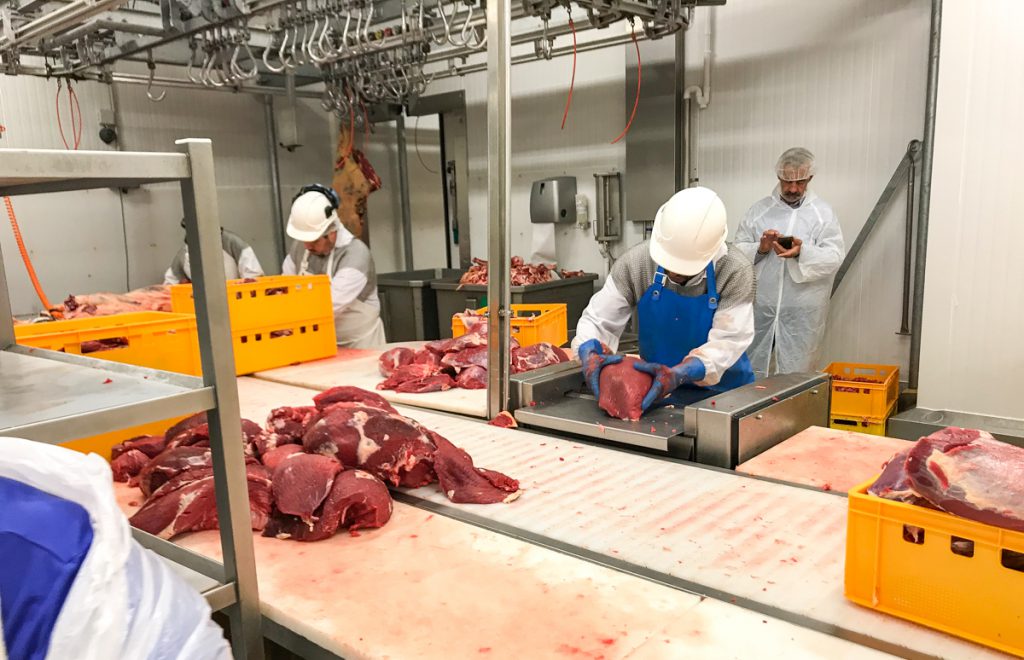 The cutting facility of Languedoc Lozére Viande (LLV) is located adjacent to the slaughterhouse with an annual turnover of approximately €27.88 million.

LLV is an 87% shareholder in the co-operative Celia. The aim of the co-operative is to achieve the best value for its members’ livestock, through quality schemes both for stores and finished animals.

Languedoc Lozére Viande – which was created in 1993 and opened a new boning hall in 2015 – supplies beef, veal, lamb, pig and cured meats to its customers in the form of wholesale, semi-wholesale and boned meat products.

Raw materials from other slaughterhouses are also received and boned out at the facility. These products are sold fresh, vacuum-packed or frozen. Over the two sites, over 80 people are employed.

A number of slaughter schemes are available for farmers, including: Fleur d’Aubrac; Elovel; and organic meat. Animals which qualify for these quality schemes – in this facility – amounts to 32% of the total slaughterings. Similar to Ireland, traceability is of the utmost importance in France. 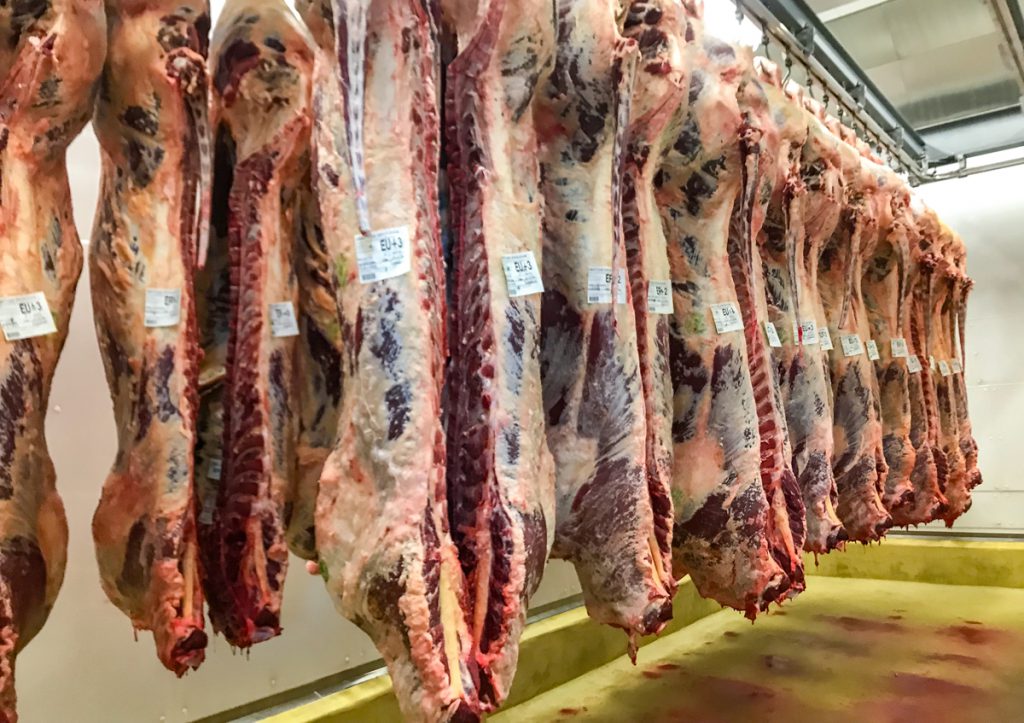 After slaughter, carcass temperatures are lowered to 7º; they are then chilled to 2º and await boning. Carcasses are brought into the boning hall and a team of skilled boners are responsible for different types of cuts.

Different cuts can be made by specialised cutting machines using three different cameras; cuts are made depending on the programme set. 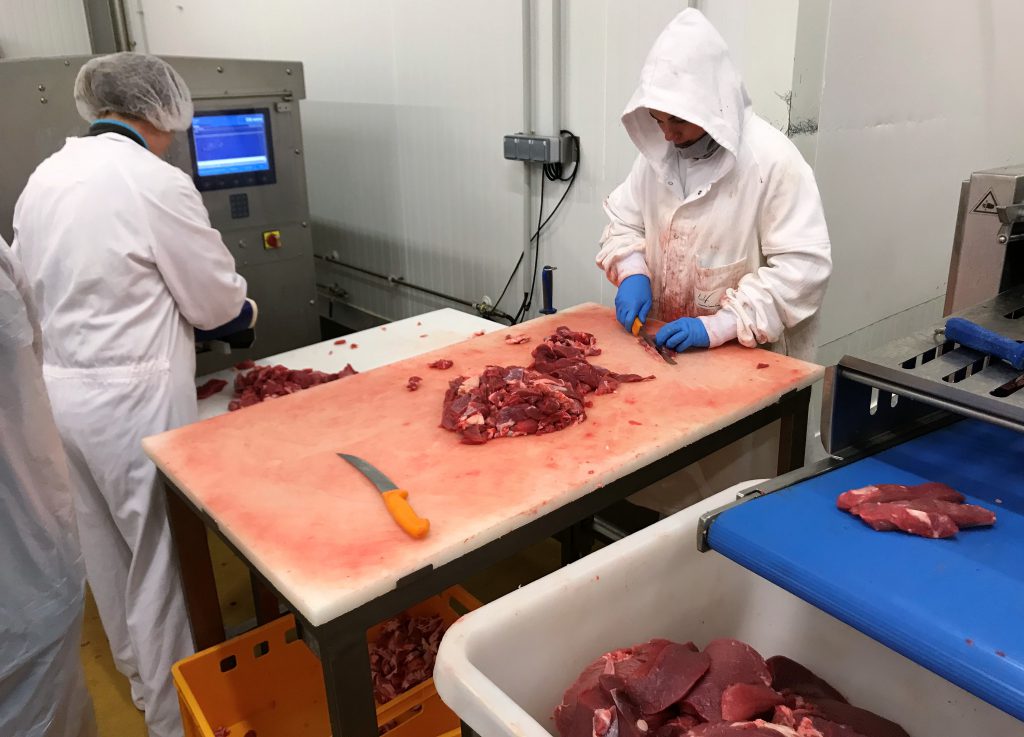 The boning hall is kept at 4º and 35t of beef is processed each week. Cuts are then bagged and passed through a vacuum-pack machine.

Also at the cutting facility, beef is minced and burgers are made. These burgers or steak haché as they are known as in France pass through a special packaging machine; the burgers have a beef content of 85% and a fat content of 15%.

Beef cuts are boxed, labelled and sorted for dispatch. The packing area – which is kept at 0º – works on a first in, first out basis. Frozen beef is brought down to a temperature of -40º before being stored in the cold store at -20º.

Some French offal is exported, while some parts such as: livers; kidneys; tongues; and cheeks are consumed domestically. 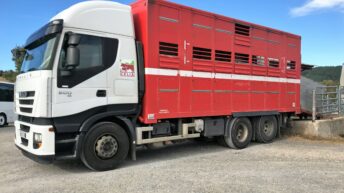