Beef battle: ‘The current situation is to nobody’s benefit’ 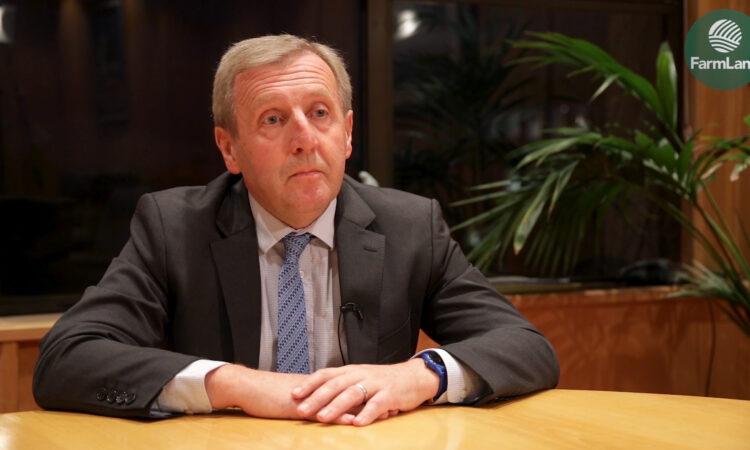 A meat processing industry cannot exist without beef farmers who see a long-term career opportunity in the sector, Minister for Agriculture, Food and the Marine, Michael Creed, has stated.

He reiterated his commitment to ensuring the sector endures the many serious challenges it currently faces.

Sitting in his private office at Agriculture House, Minister Creed began by addressing the absence of the farm organisations from the 12th Beef Forum.

Up to 300 farmers protested outside the building in response to a continuing downward spiral of beef prices and calls for further suckler sector supports.

The Beef Roundtable was established in April 2014 to facilitate open discussion between the industry and farming organisations on the strategic path for the beef sector over the coming years.

“Considering the context within which it met; we had a very constructive engagement,” explained Minister Creed.

“As you are aware the farm organisations, having called repeatedly for the forum to be reconvened as stakeholders didn’t turn up, and that left me engaging with the other participants. Considering that starting point, it was quite a useful engagement.

“Obviously, the big picture is this has been a very difficult year for farming – exceptionally difficult for the beef sector because, added to the difficulties associated with the weather, there have been price pressures as well.

“So, against that backdrop, the engagement with stakeholders and particularly with the meat processors was really important,” said Minister Creed.

Speaking just days out from the announcement of Budget 2019, the minister highlighted that the hallmark of Ireland’s agri-food sector is the “collaborative endeavour” of all the stakeholders.

“That’s what has given us the success story that Irish agri food is and, if there is to be a resolution of the difficulties that the beef forum faces, it has to be a resolution that is engineered through the participation of all the stakeholders in engagement and dialogue.

When asked if those protesting outside would have been better served if the farm lobby group leaders were positioned around the table at Agriculture House on Kildare Street in Dublin, Minister Creed replied: “That is an issue for farm organisations to determine themselves.

The forum was the poorer for the fact that they weren’t there; that’s undoubtedly the case. They bring a unique and distinctive voice to those deliberations.

However, just hours after the protest Joe Healy, the president of the IFA, and Damian McDonald, the association’s director general, did convene a meeting with Minister Creed at Agriculture House to discuss Budget 2019 priorities.

At the forum, international markets, new market opportunities, live exports and the potential of producers’ organisations were also discussed, as ways of giving more power to the farming interests in the food-chain.

The minister opted not to comment on current pricing lows. As it stands, factory buyers are quoting 370c/kg for steers and 380c/kg for heifers (excluding quality assurance bonuses).

To put these figures into context, a 380kg base steer carcass was worth the equivalent of €1,482 (excluding bonuses) in mid-August; the potential returns have now dropped to just €1,406.

“The stakeholder forum has been repeatedly advised that it is not a forum for price fixing or price negotiation and, as Minister for Agriculture, I have no role to play in that.

“That said, there was an acknowledgement that there is a very difficult international trading environment and that, for an island that is exporting 90% of what it produces, impacts perhaps disproportionately on us. In that context the difference between, say, UK and Irish beef prices was discussed.

The minister also indicated to the present stakeholders that the processors must show a willingness to engage with customers through farm organisations.

I hope that happens because the current situation is to nobody’s benefit. It’s not to the benefit of the industry or farmers to have a breakdown in communications.

“Dialogue is really important and the industry did indicate today an ongoing willingness to engage and that is welcome.

“You can’t have a meat processing industry without having beef farmers who see a career opportunity long-term in the beef sector and that is a fundamental starting point,” the minister said. 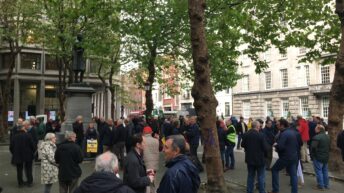