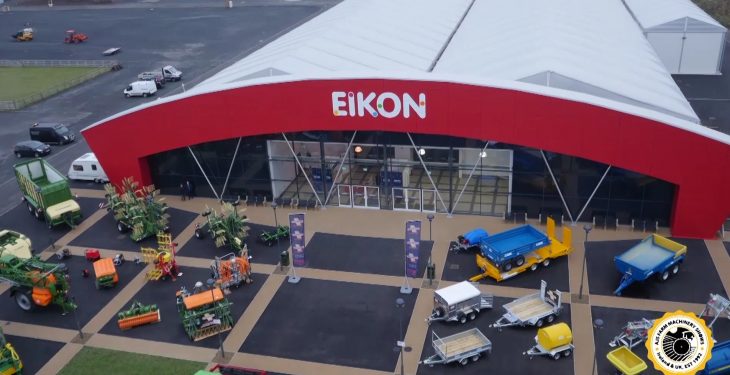 May is always a lively time at Balmoral showgrounds but despite the postponement of the 2020 show, this spring the site could be just as busy.

During the Tuesday briefing (March 31), Northern Ireland First Minister Arlene Foster announced that Balmoral Park was one of several locations under consideration to become a new ‘field hospital’ for Northern Ireland.

Foster explained that Health Minister Robin Swann planned to implement a ‘step-down’ model similar to what is being put in place in Scotland.

It means that the most critical patients will remain in established hospitals with the temporary sites used for those further down the path to recovery.

It was also announced during the briefing that Northern Ireland received an additional £912 million from Westminster to respond to the Covid-19 virus.

“The health minister has been looking at a number of sites. He intends, first of all, to flex up his own sites in relation to intensive care beds, but as the virus takes hold he believes it will be necessary to expand his hospital estate,” Foster said.

“We’re not talking about tents – we’re talking about the like of what you have seen in the Nightingale Hospital in London – which of course, is located in the ExCel Centre.

Across the UK, they have decided to go into exhibition arenas because that gives them the space that they need.

“With that in mind, you’ll not be surprised to know some of the sites that are being looked at include Balmoral Park and places like that.”

In Scotland, Glasgow’s SEC was one of the sites confirmed to be transformed into a 1,000-bed hospital. It’s expected further temporary hospitals could be set up in Birmingham and Manchester.

Balmoral Park’s central location right beside key motorway routes and the Northern Ireland Air Ambulance base could prove useful in the fight against Covid-19.

Balmoral Park also boasts the largest covered exhibition space on the island. Aside from the Eikon Centre, the site also is home to the E.F. Logan Hall – a £3 million (€3.4 million)  6,000m² space right beside the Eikon centre.

Members of the Royal Ulster Agricultural Society (RUAS) made the decision to purchase the 62ac former HM Prison Maze site in 2012, with Balmoral Show first making the move to Long Kesh in May 2013.

The first minister said a decision over which site would be used would be made in the “near future”. RUAS declined to comment. 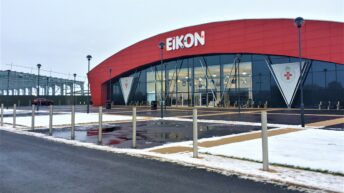