‘Ballinasloe Says No’ to waste transfer station in its town 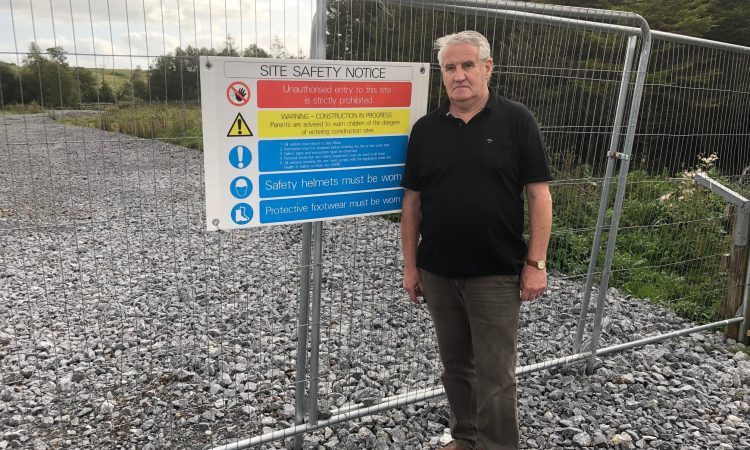 Over 2,000 objections from members of the public – in and around Ballinasloe – have been received by Galway County Council this week after an application was sought for a waste facility permit at Poolboy Waste Transfer Station on the outskirts of the town.

Residents are up in arms over the move to develop a waste facility in the area – in the first instance – and in an effort to highlight that opposition to the powers that be the ‘Ballinasloe says No’ group was established.

Its members say they are opposed to the facility on a number of grounds including road safety for the community – “with 30t trucks travelling right through the heart of the town and impacting on up to 6,500 road users, pedestrians, cyclists and drivers”.

They also point to lower air quality; damage to the environment; damage to Ballinasloe’s potential for tourism and future investment “if it becomes a national waste dump”; damage to the town’s road infrastructure; the potential disturbance to the landfill site; and the fact that only 5-10% of waste treated at the facility will come from Ballinasloe – its national facility for surrounding counties.

Eamon O’Donoghue is a member of Ballinasloe Says No. He pointed to how the group had campaigned against the facility last year and was subsequently led to believe that all issues in respect of it had been brought to a conclusion.

Last year we campaigned against the granting of the permit – that effort ended in the high court.

He continued: “The high court decided that the permit couldn’t be granted.

“That was that and things rested at that until quite recently, a few months ago in fact, and we find that the same applicant applied again for a permit – this time to build and run the facility.”

O’Donoghue, meanwhile, pointed to how last time “proceedings were focused on putting in the ground fill”.

The site, he added, “was filled in by the applicant subsequent to the order” – the foundations of a roadway were installed at the site. 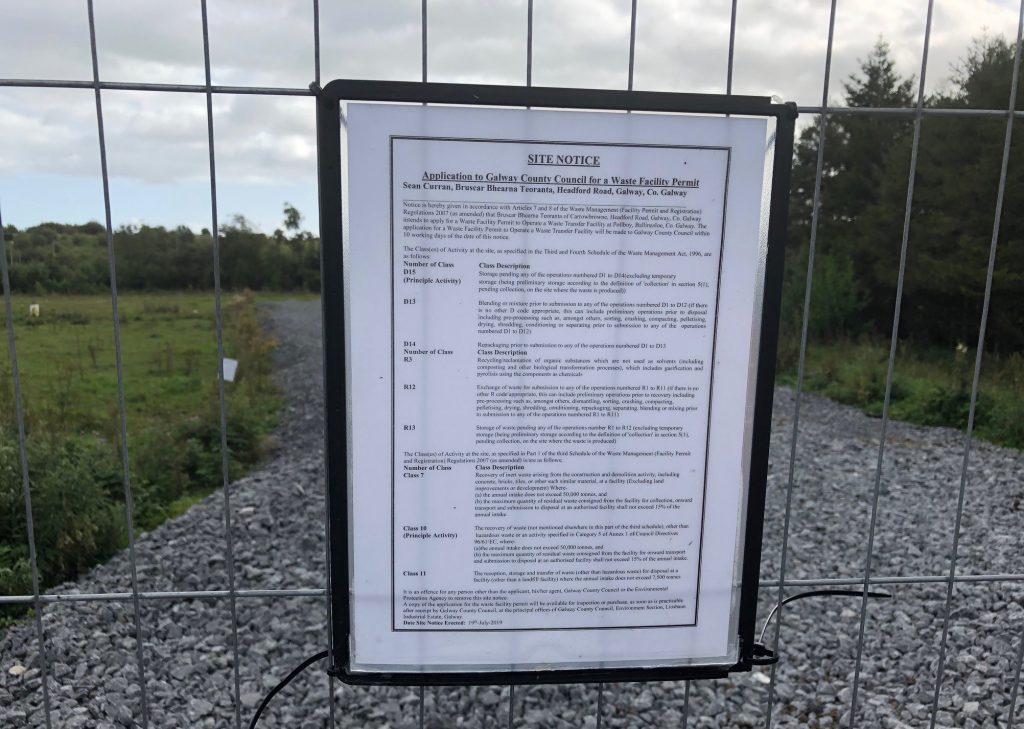 The local campaigner also highlighted the fact that the site chosen for the waste facility is in fact a landfill site…it was home to the local dump until its closure in 2005.

“This site is a landfill – the dump was foisted on the people of Ballinasloe against our wishes and was then, by order of the high court, closed in 1999.”

O’Donoghue added: “In 2005 it finally closed, but the high court order, at the time, specifically stated – and used the specific words – that there was to be no transfer station in Poolboy in the future.

Also Read: ‘There is a failure to invest adequately in our waste water treatment facilities’

“That court order closed the landfill and issued an order that it be restored and converted into a recreational area for the people of the town.

“So, what kind of logic is there in putting a waste transfer station in across the fence from a landfill that by order of the high court the local authority are obliged to restore for recreational purposes?”

What is going on?

Meanwhile, the people of Ballinasloe find themselves in a battle – yet again – to prevent their town from becoming the focus of the county’s waste treatment.

Now we are in the situation where something like this is being landed back on top of the residents and the people of Ballinasloe yet again.

O’Donoghue continued: “It just beggars belief what is going on…

“In fact, the next round – if we get to the court on this and I think we probably will – will be three times in 20 years that we have had to go to the high court to protect our environment here in Ballinasloe.” 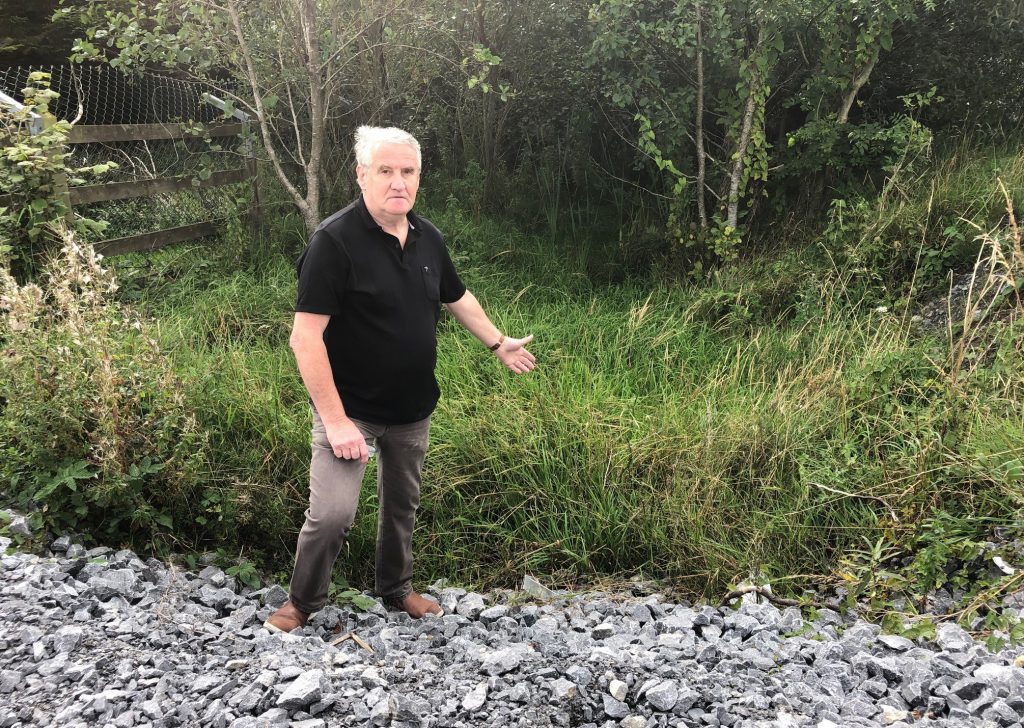 Standing at the site on the outskirts of Ballinasloe, O’Donoghue pointed to the area and described “the abandoned way” in which the applicant had filled it in both at the gate and at the entrance to the site.

“They have blocked off a water course which is vital to the farming lands in this area – without a shadow of a doubt that it is a most irresponsible act.” 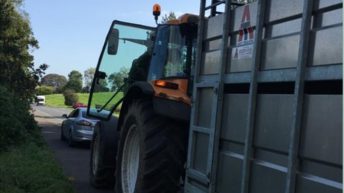