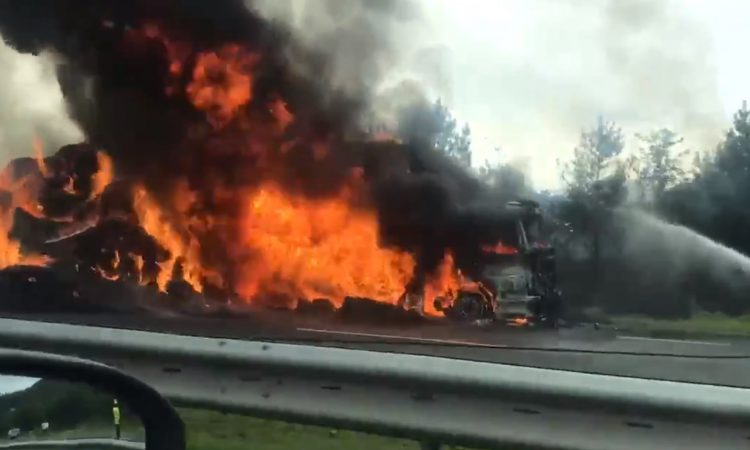 Members of the emergency services attended an incident where a lorry transporting a number of bales caught fire – engulfing the entire vehicle on a motorway.

“Gardaí and fire services attended an incident on the M1 Northbound at J18 Carlingford at approximately 4:15pm, on Saturday, July 27.

The incident involved a truck carrying bales of hay that set alight.

“No injuries were reported,” the Garda representative added.

The incident was caught on camera by Robert Dickinson, who posted footage of the incident on Twitter.

Dickinson noted that the incident occurred near Dundalk, Co. Louth.

Meanwhile, members of An Garda Síochána have begun investigations following a vandalism incident where a number of bales of hay were set alight by youths in Co. Cork.

“Disgraceful to see a local farmer’s hay set on fire by youths in the area last night; this is not fun or a prank.

“This is expensive to replace and messing with a person’s livelihood,” the page added. 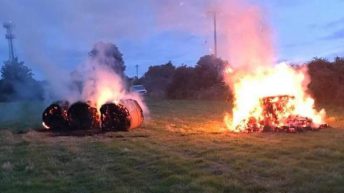