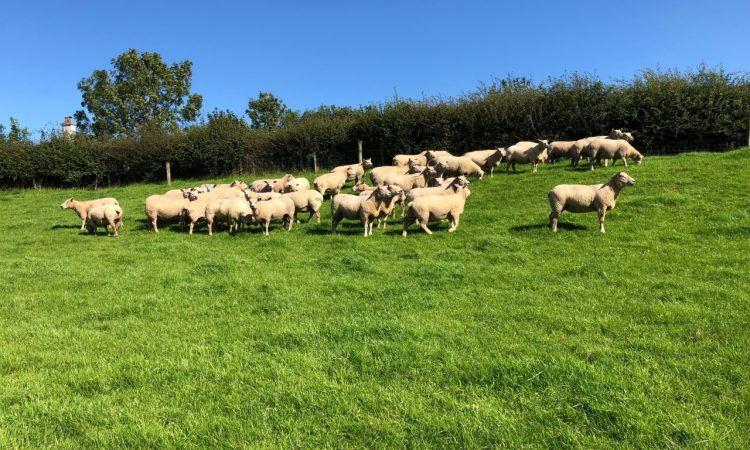 Today’s back in focus recalls this pedigree sheep farm – owned by Michael and Alymer Power – that AgriLand paid a visit to last September.

Sheep farming for over 30 years, the duo have gone from commercial to pedigree sheep farming in an effort to produce top-quality breeding stock.

Michael works full time on the farm, while his son Alymer works as a sales representative for Roche’s Feeds, as well as helping out his father on a daily basis.

The Power family purchased the farm back in the mid-1980s and originally ran a flock of over 800-commercial ewes.

Over time, the duo moved towards breeding pedigree stock and, up until 2014, they were lambing down 250-pedigree ewes.

However, the decision was taken to reduce the flock size and a reduction sale took place that year.

Currently, the farm is stocked with pedigree Charollais and Hampshire Down ewes.

Back when Michael and his wife Mitch purchased the farm in 1985, it required a lot of work.

“A lot of money was spent improving the quality of the land, laying new roadways and sheep fencing the entire farm,” said Michael.

“The cheapest way to stock the farm was to buy sheep as all the land had to be reclaimed.

“Over time, I gradually increased stock numbers until I reached 800 ewes. Then I said enough was enough because the workload was becoming too much.

I would sponge the ewes, take their crop of lambs, then sponge them again and lamb them down in November.

“We used to take three crops of lambs in two years from the ewes; however, this was just unsustainable,” said Michael. 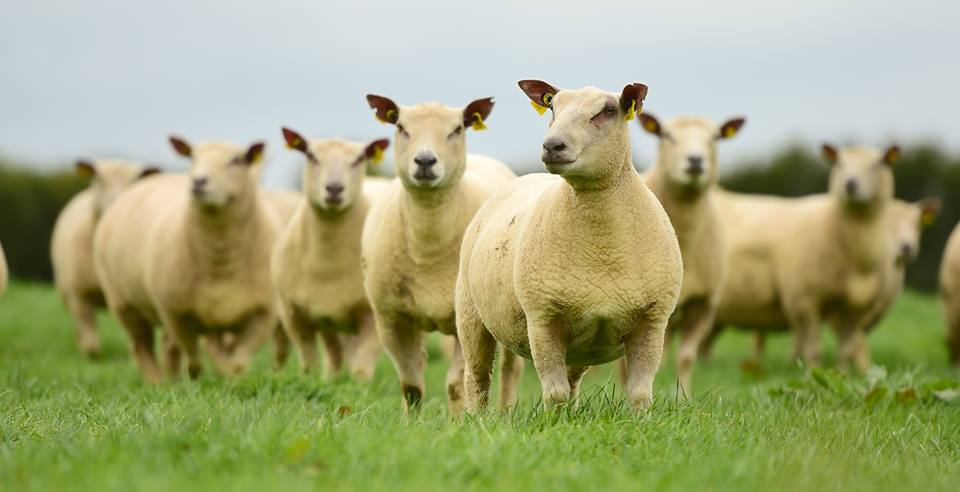 In 1989, he purchased his first five pedigree Suffolk ewes and began a journey that has seen him, and his son, becoming one of the top sheep breeder’s in the country.

The flock is lambed down early in the season (January) and any lambs not being kept as replacements are sold in the first week of May.

Furthermore, to reduce the risk of disease and to breed the best-quality replacements possible, a closed flock is employed – with only pedigree rams purchased at premier sales in Ireland and the UK. 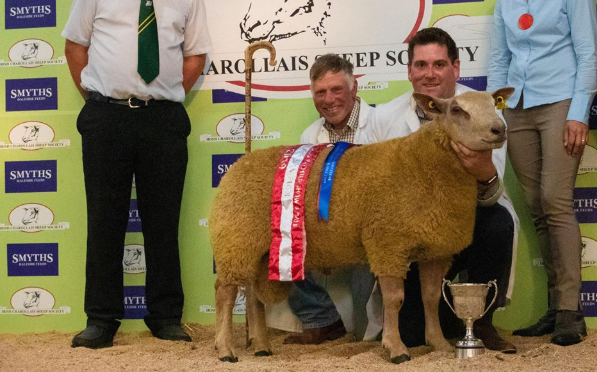 In order to produce good-quality animals, both Michael and Alymer are very meticulous when it comes to choosing what rams they mate with their ewes.

Moreover, Michael believes “in order to produce the top bloodlines you have to pay big money for good-quality rams”.

The ewes are artificially inseminated (AI) with semen from the three stock rams on the farm.

After this, any ewes that are not in lamb are run with the rams to be served.

Last year, the ewes were AI’d on August 4 and achieved a conception rate of 70% across the flock.

It cost roughly €55/head to AI the ewes and we would be lucky to get 75% conception rates from it.

However, this year, Michael decided to mate the ewes through natural service. This will reduce his costs significantly compared to last year.

“We usually take semen off the rams at the end of the breeding season. This acts as an insurance policy in case we lose a ram, while also allowing us to reintroduce these rams in years to come.

“None of the straws are sold, as we prefer to get a crop of lambs and hold onto the bloodline we have built up.

“This helps to prevent inbreeding but, more importantly, it allows us to produce top-quality animals,” said Michael.

Every year, the top 25% of males and females are kept as replacements. The rest are sent to the factory after weaning – around the first week in May.

The lambing season is spread over a six-week period, where 90% of the lambs are born between January 1 and January 25.

The aim is to produce lambs that have a good carcass, top loins, good legs and tight skins.

This year, we saw a good return, with ewes scanning 1.8 lambs and weaning 1.6.

These pedigree lambs were then supplemented with concentrates until they left the farm for the factory in May.

Having purchased the first pedigree Charollais sheep in 1990, the Ballyhibben flock has gone from strength-to-strength.

The Powers have achieved top prices at premier shows and sales throughout Ireland. Furthermore, multiple males and females have been exported to the UK and Ireland for breeding.

However, Michael now plans to reduce his flock to 40 ewes.

In 1997, Michael purchased his first Hampshire Down ram. The original plan was to breed solely for commercial purposes; but he ended up breeding them for the pedigree market – because the rams were producing such good-quality stock.

At the time, Michael had 25 Borris mule type ewes that needed to be served. He decided to let the ram run with them for the breeding season.

The following spring, Michael was amazed at the quality of lambs the Hampshire Down ram produced.

They were unbelievable and [they] were the first lambs to be killed that year. They had such fast growth rates and good conformation.

“The flock has built a strong presence over the last 20 years, producing quality males and females for both pedigree and commercial markets in Ireland and the UK,” said Michael.

Known as the Knockarlow Angus Herd, Michael bought three pedigree Angus heifers in 1990 and gradually built up the herd to where it is today.

The herd is made up of 50 pedigree Angus and eight Hereford cows. There are a further 30 bulls that will be sold over the next few months.

Operating an autumn-calving system, all bulls have been sold privately for the last 15 years – mainly to dairy herds.

The father-and-son team have recently upgraded their housing facilities to allow them to increase cattle numbers in the future. 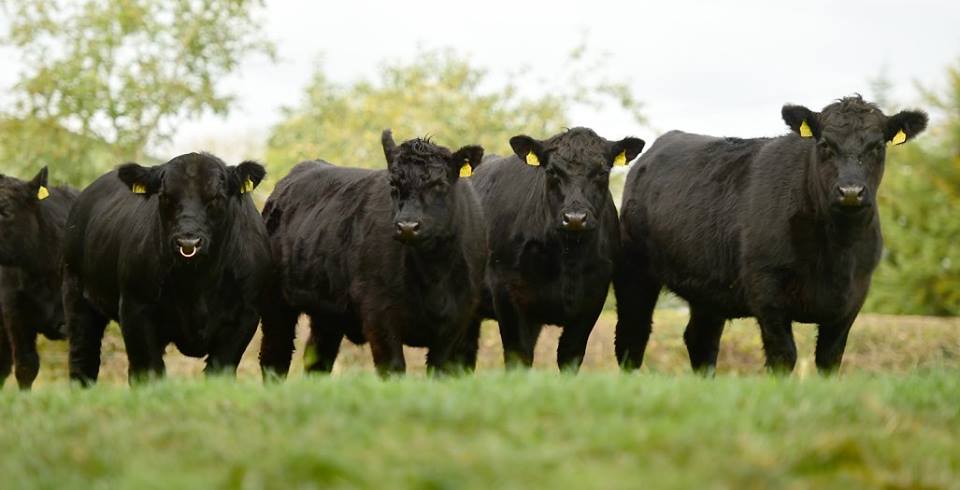 “One thing we have found difficult since reducing the sheep numbers is that it’s harder to graze the grass.

“Another element that is making grassland management difficult is the climate; last year, during the drought all the fields were burnt.

“This year was the complete opposite; we had grass growing over the ditches,” explained Michael.

Michael and Alymer have no regrets changing from commercial to pedigree sheep farming.

“We have gradually built up the flock to where it is today. Unless you are in the top 10% in the pedigree industry you are wasting your time.

“A smaller flock that possesses the best genetics will make more money compared to one double the size, where less emphasis is placed on breeding quality stock,” concluded Michael. 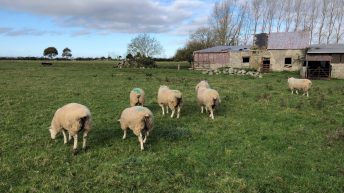