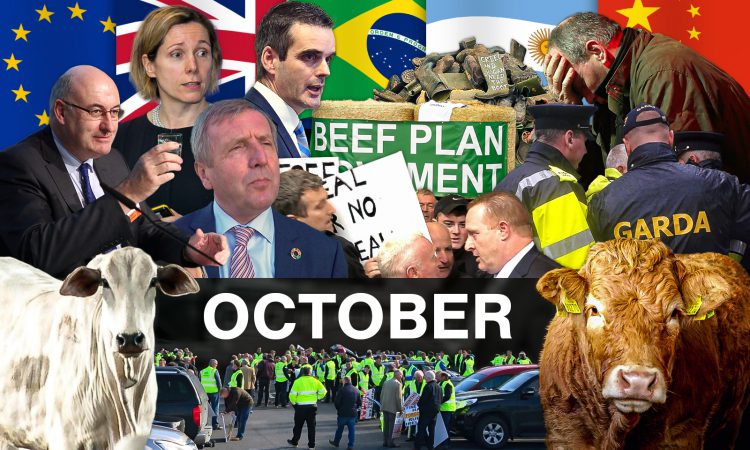 And so, the next chapter begins with a bang…

Return of the backlog.

After weeks and weeks of factory-gate protests, a large pool of cattle fit for slaughter had clogged the system.

Heavy rain in the early days of the month added to farmer woes, as they were forced to market animals due to deteriorating ground conditions.

Sward damage and poaching was dependent on farm location, with western and northern areas worst affected; however, even drier areas also showed signs of damage.

This resulted in delays; the slaughter time-frame was dependent on animal spec, age and type.

Now that factories were back operating – protest free – the new in-spec bonuses and criteria around movements and residency kicked into action.

In a so-called gesture of improved transparency, Kepak revealed details on weight limits and restrictions for heifers, steers, young bulls and cows. 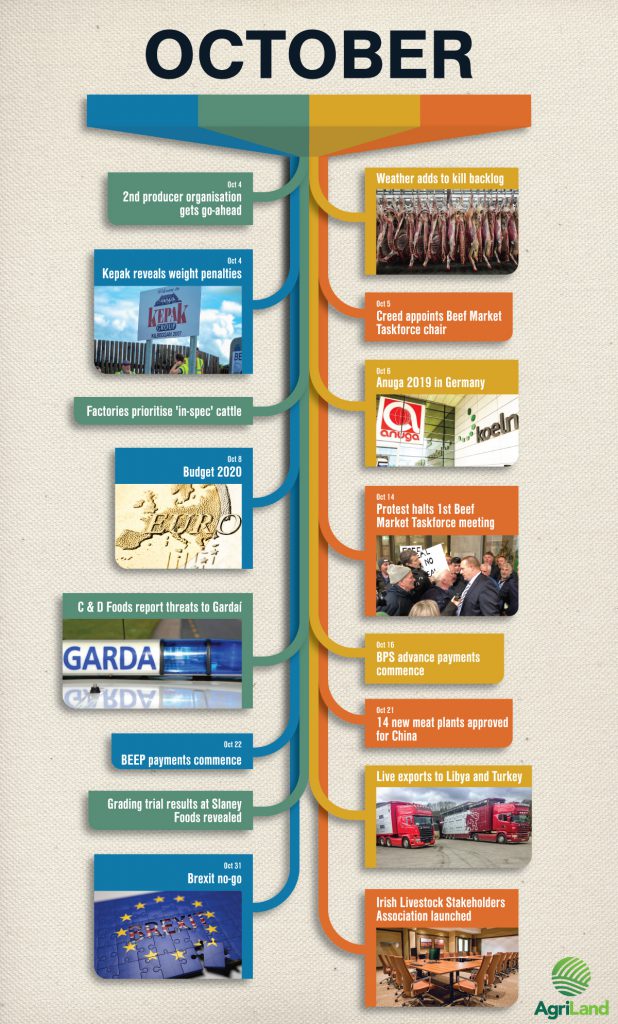 Meanwhile, the Minister for Agriculture, Michael Creed, appointed Michael Dowling to the role of independent chairman in the upcoming, and much-anticipated Beef Market Taskforce.

Just as the air started to clear somewhat, the unexpected happened.

This time at the doors of Agriculture House where all the stakeholders of the Beef Market Taskforce were due to hold their first official and hard-negotiated meeting.

Having physically prevented Meat Industry Ireland (MII) chief Cormac Healy from entering the building, a decision was reluctantly made to abandon the sit-down.

While some understood the protesters’ prerogative to assert themselves on this issue; others lamented the move as a “slap in the face” for farmers that wanted to engage and progress the beef agreement.

On a more optimistic note, a further 14 new Irish beef plants were approved to export to China, bringing the total to 19, including all the major Irish players. 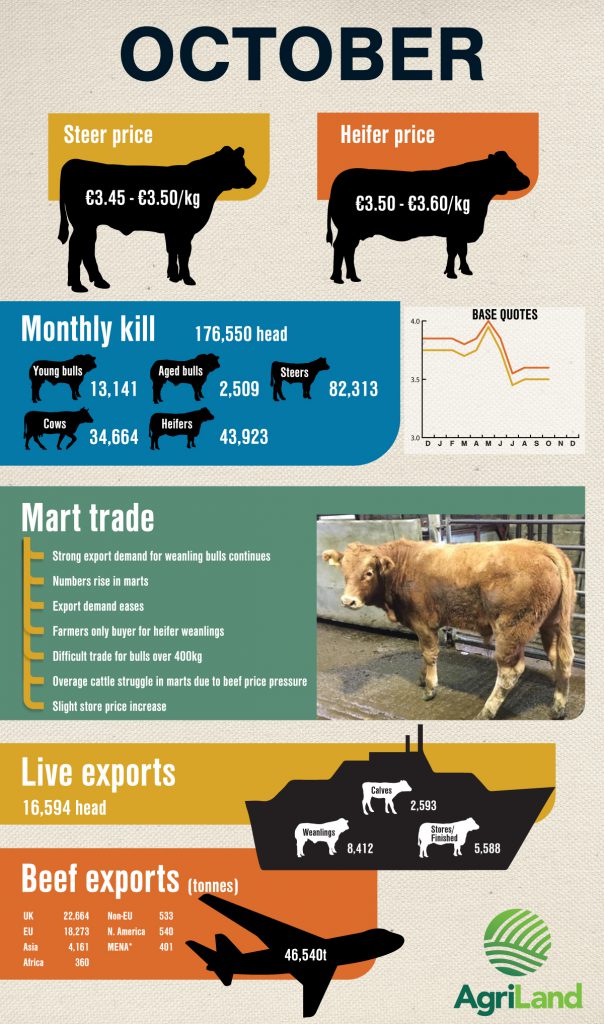 Speaking of China, total tonnage broke the 1,000t barrier yet again for the month of October.

Keeping in toe with international markets, live exports continued on from last month with a total number of over 16,000 head bound for overseas destinations.

Following a department-run trial it was found that using a new and improved grading machine, equipped with a digital camera and LED lights, would result in higher accuracy when it comes to grading cattle in beef processing plants.

Despite UK Prime Minister Boris Johnson repeatedly stating that the UK would leave the EU on October 31 “deal or no deal”, the date came and passed. Brussels agreed to yet another extension, this time until January 31, 2020.

Meanwhile, back ringside, exporters continued to mop up suitable bulls with demand easing slightly towards the end of the month. However, heavier bulls remained a difficult trade.

To coincide with factory demand, out-of-spec and overage steers and heifers struggled.

One step forward, two steps back… 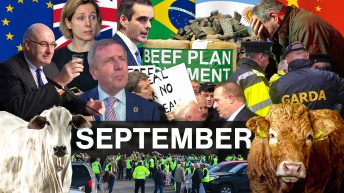