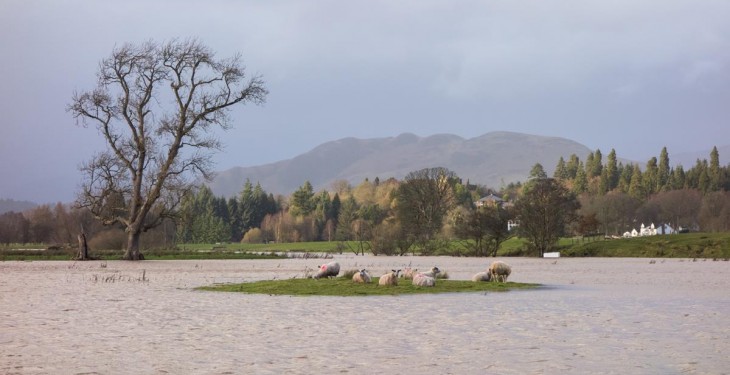 In response to the recent winter floods a Fodder Aid Scheme was launched to compensate farmers for losses of fodder supplies experienced as a direct result of the winter floods.

According to figures from the Department 389 applications were received. The average payment under the scheme to date is €2,000.

The Department has said that a small number of cases remain where further information is awaited from applicants in order to finalise processing.

The €2m Fodder was designed to assist farmers who have suffered fodder losses due to the flooding.

The standard replacement costs of damaged feedstuffs, as determined by the Department of Agriculture, Food and the Marine was eligible for payment under the scheme. Payments were made after eligible applications have been processed and losses confirmed by field visits.

IFA Flood Project Chairman Tom Turley has said that farmers and communities along the Shannon want to see action on works to alleviate flooding following the devastation of last winter’s severe weather.

Speaking in Athlone at a recent meeting of the Shannon Flood Risk Management Group, Tom Turley told the Group, which had representatives from OPW, ESB, Waterways Ireland, Bord na Mona, NPWS, EPA and Fisheries Boards, that the new Minister for the OPW must be able to cut through the red tape that has prevented works taking place.

He cited the NPWS as being obstructive when it came to carrying necessary works. He said, the public good must override all other considerations in funding and it is up to the Government to insist on this.

Tom Turley who was accompanied by IFA representative from counties adjacent to the Shannon expressed serious concern that any work that may take place will not take account of farming and rural concerns. IFA will be insisting that the protection of farmland must be a priority alongside all other economic activities on the Shannon.

Tom Turley said the outcome of the CFRAMS flood management programme must be speeded up. This project commenced after the 2009 flood events and it is unacceptable that after six years it has not concluded its work.

“The Flood Risk Management group must not be solely dependent on the CFRAMS; all agencies have a key role to play and regulatory restrictions must not impede work,” he said.