Overall debt on Irish farms increased by 2% in 2018, though debt and investment varied depending on enterprise.

Almost two-thirds of farms have no farm business-related debt – though this varied considerably depending on farm type.

While investment on dairy farms was largely financed internally in 2017, average farm debt increased by 10% on dairy enterprises in 2018 to €118,446, the report notes.

The majority of farm debt, some 75%, was classified as long-term – more than 10 years – in 2018, with 81% of average dairy farm debt categorised as such, as well as a similar proportion of debt on average cattle rearing farms.

Cattle other and sheep farms were gauged at 70% and 64%, respectively.

However, only 30% of average tillage farm debt was classified as long-term with another 33% short-term (including overdrafts) and the remaining 37% related to leasing or hired purchase.

Gross new investment on Irish farms increased by 9% last year, despite difficult conditions – totalling almost €947 million on aggregate nationally, according to the survey.

Investment on dairy farms accounted for more than half of total investment in 2018, the highest overall, at an average of €31,671 per farm.

This figure is up 19% on 2017, a year in which more than a doubling in investment occurred. Similarly, investment on tillage farms increased strongly in 2018, increasing by over 40% on average to €12,083.

Although lower in value terms, investment on the average “cattle other” farm increased significantly also, up 18% to €5,633. 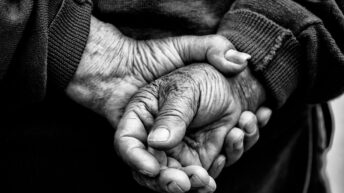