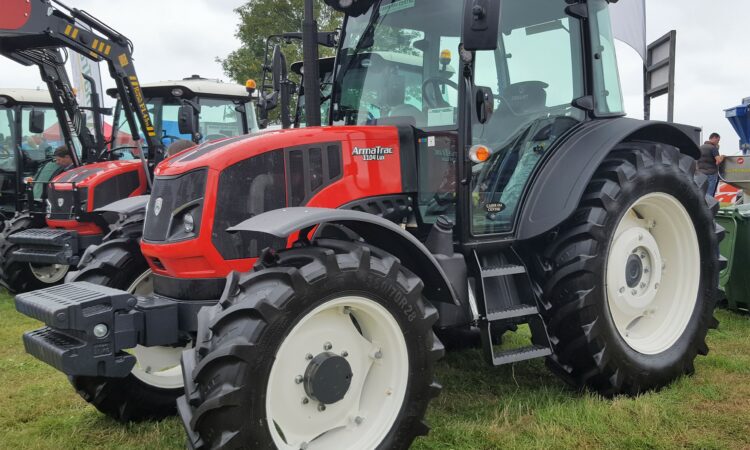 An ArmaTrac tractor with cab suspension and a new in-cab control console – the first of its kind in Ireland – appeared at yesterday’s Tullamore Show.

ArmaTrac is represented here in Ireland by Brogan Tractors, Cloghan, Co. Offaly and its network of dealers. Interestingly, we first came across this tractor at the recent Silage Extravaganza in Co. Tipperary (it was exhibited there by regional dealer Cahir 4X4 Centre).

The model in question is a 1104 Lux; it’s currently the most powerful tractor offered by the Turkish manufacturer. 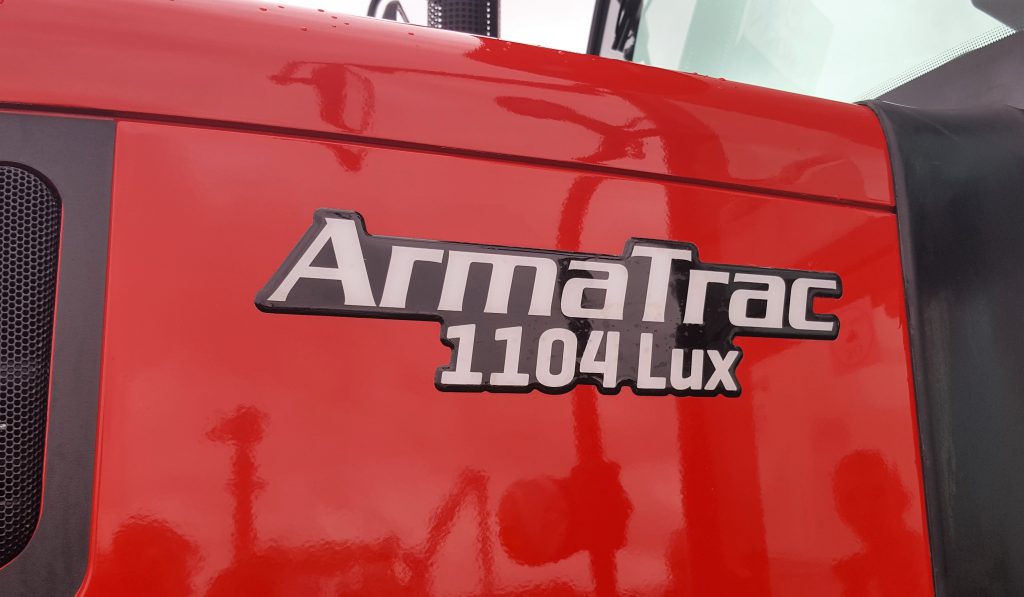 The (cab) suspension system replaces the existing rear cab-mounts; a close-up of the left-hand-side unit is shown in this picture (below). 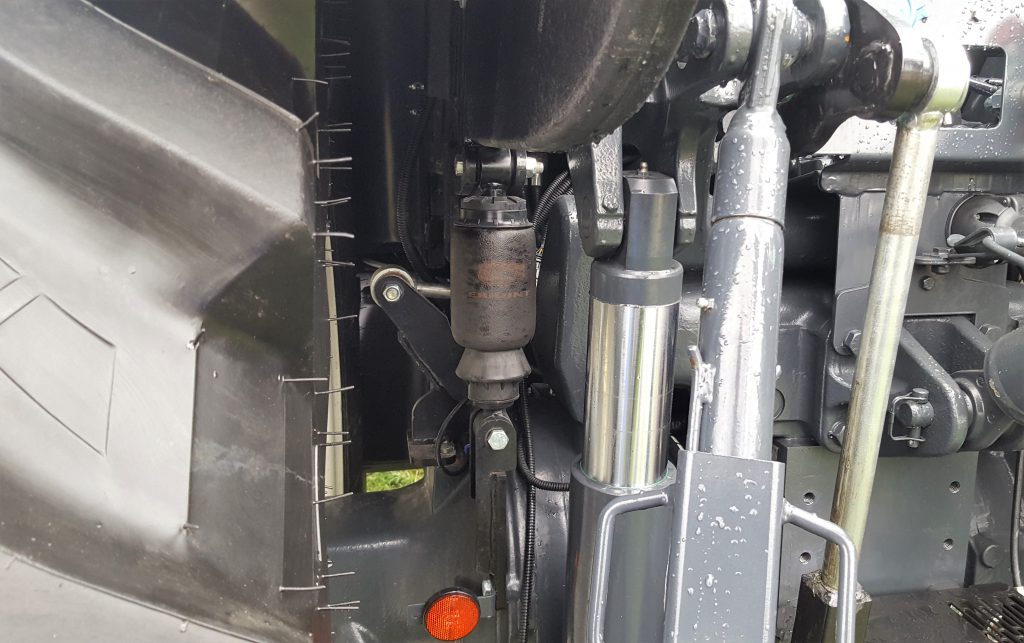 This latest-generation ArmaTrac also boasts a new in-cab (right-hand-side) console, on which most controls are positioned in “a more user-friendly, ergonomic way” (pictured below). 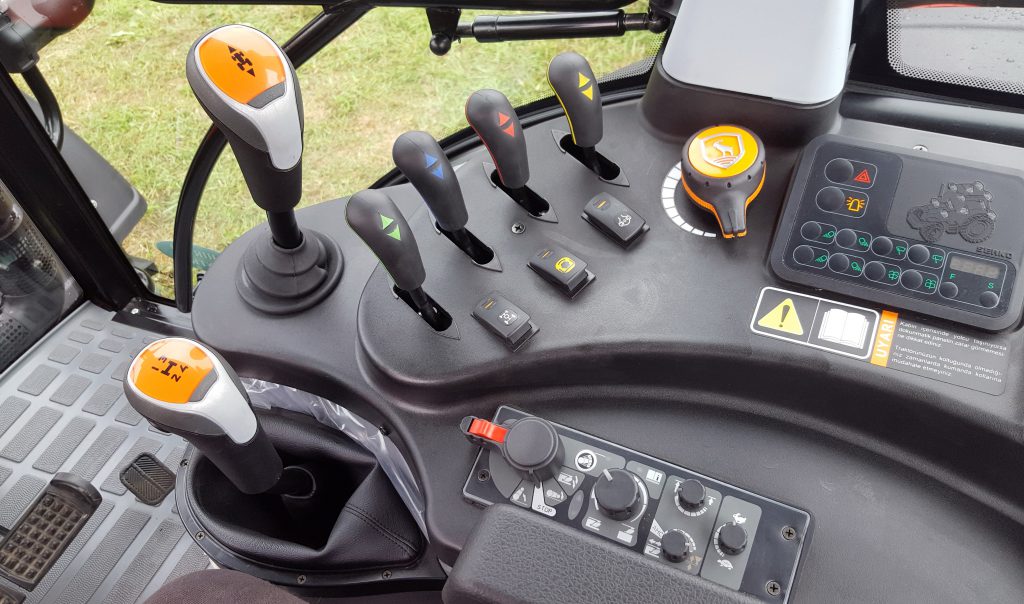 This further picture (below) shows more of the cab interior, illustrating how the new console fits in with its surroundings. 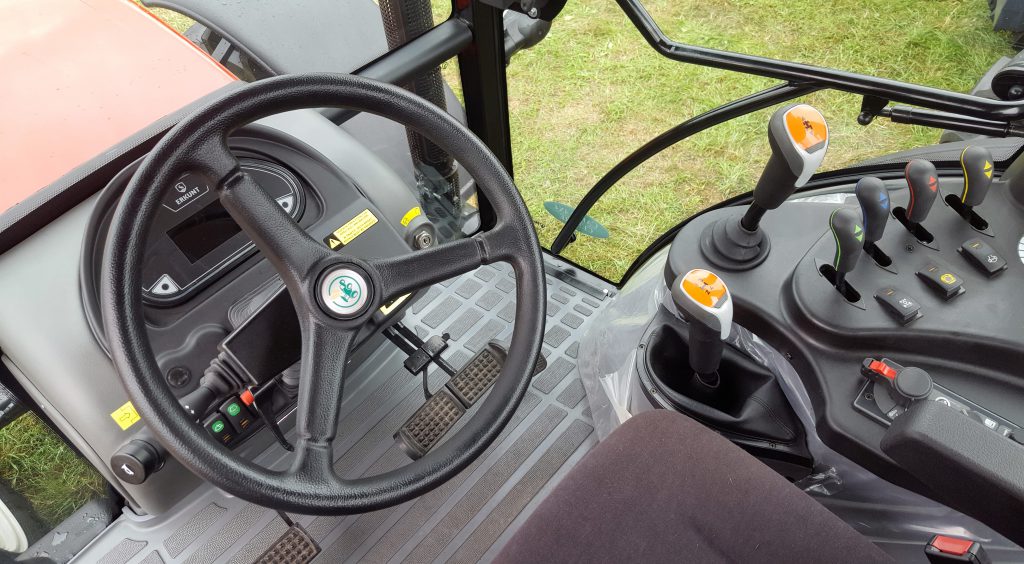 For the record, ArmaTrac is the brand-name used by Turkish-based tractor maker Erkunt for tractors destined for export markets (including Ireland). 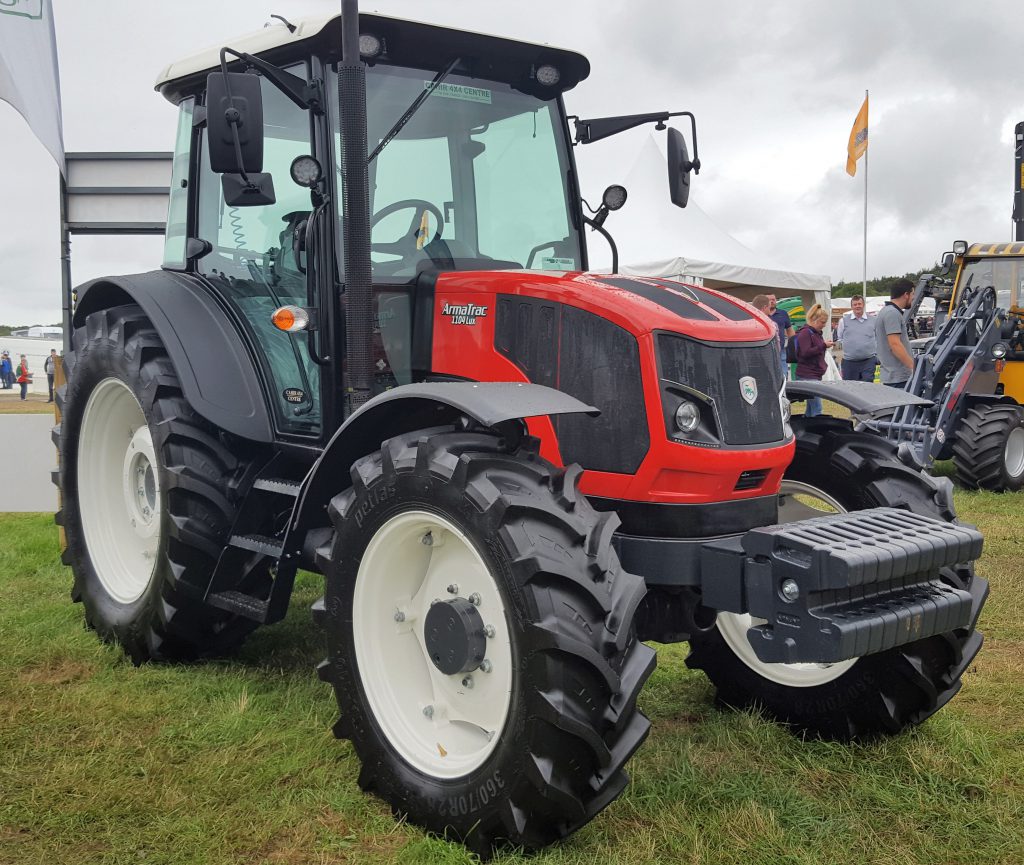 In other words, Erkunt became part of the wider M&M business.

Erkunt Tractor Industrial Inc was founded in 2003 – apparently as the first company in Turkey to design and manufacture its own tractors without the restrictions of being under the licence of an international automotive company.

The overall Turkish tractor market is large; annual sales have topped 70,000 units in recent times. Agriculture is a major source of national income in Turkey; over 30 different tractor brands compete in the market. Erkunt is among the larger players in Turkey. 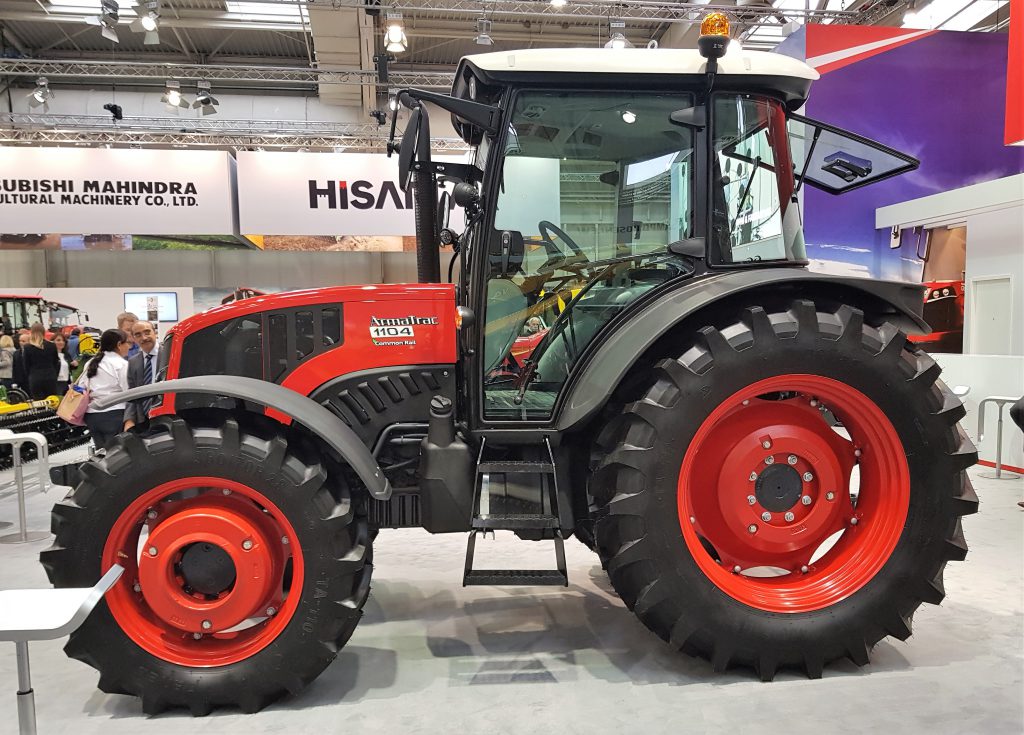 Erkunt has been exporting tractors, to various countries around the globe, under the ArmaTrac brand-name for several years. 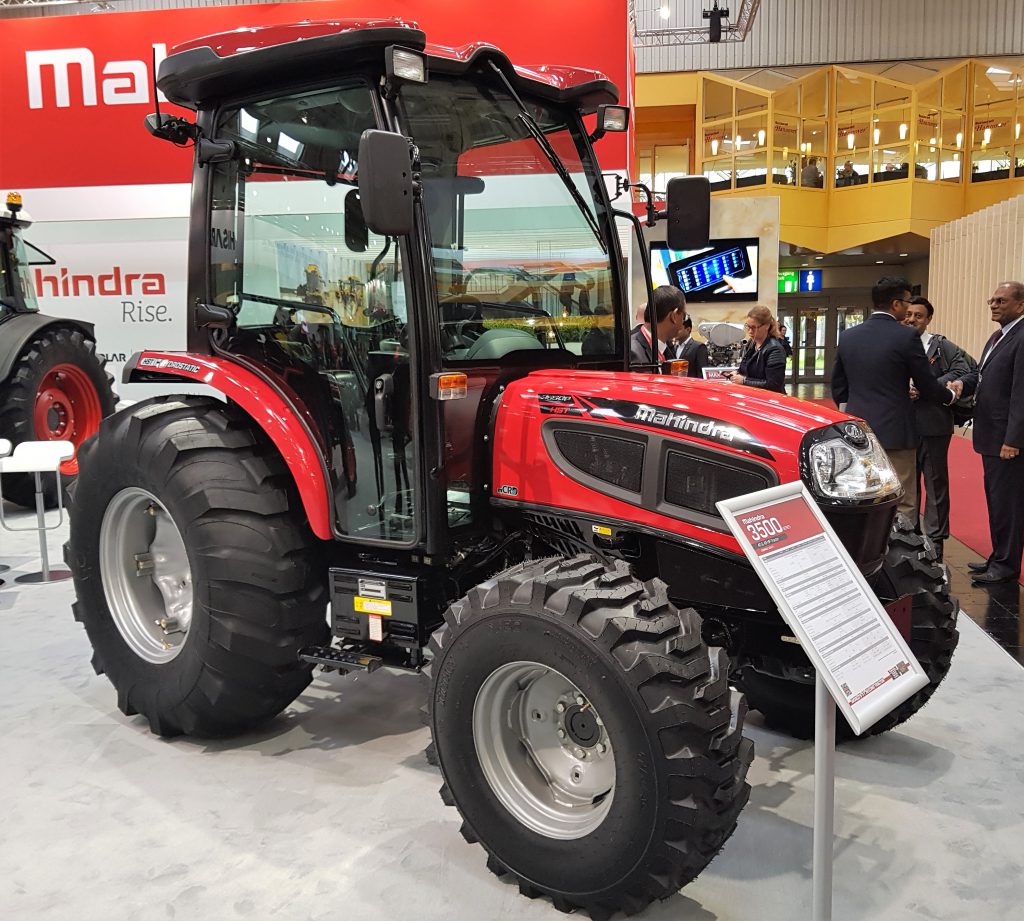 It’s also said to be one of the largest manufacturers of tractors in the world (in terms of unit numbers; it makes a significant volume of small tractors). 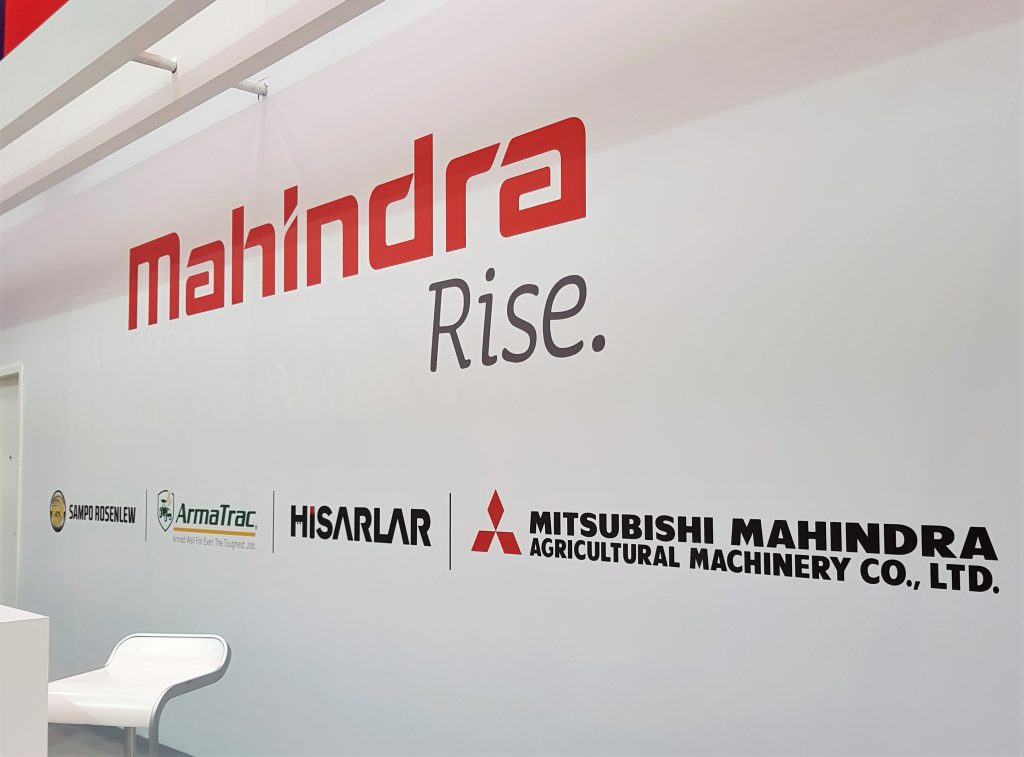 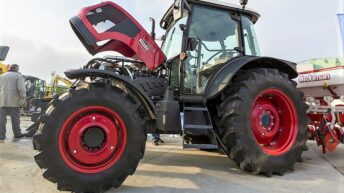