Attention at farm level, especially those involved in fattening, is switching to bringing cattle in off grass and onto finishing diets.

As we approach the dead centre of autumn, the quality and feed value that was once in spring and summer grass is starting to disappear.

In the coming weeks, the nutritional value of grass will continue to diminish and beef finishers will be forced to look at concentrate supplementation to put an adequate fat cover on cattle prior to slaughter.

In instances where cattle are housed, especially under 16 month bull finishing systems, it’s not uncommon for the concentrate feeding level to exceed 10kg/day.

And, given the costs and strict factory specifications involved, it’s important that cattle don’t miss a beat during the intensive finishing period.

One such factor that could have a negative impact on the performance achieved by your cattle is acidosis.

Furthermore, it’s critical that you are getting bang for your buck when it comes to the diets being using on your farm.

AB Vista’s Michael Woodrow recently explained how acidosis – both clinical and sub-acute – can have a negative impact on animal performance.

“Acidosis is a big problem; but there’s various definitions and ways of measuring it.

“Sub-acute ruminal acidosis is a massive problem for us and it’s a condition that all ruminant nutritionists are striving to improve. 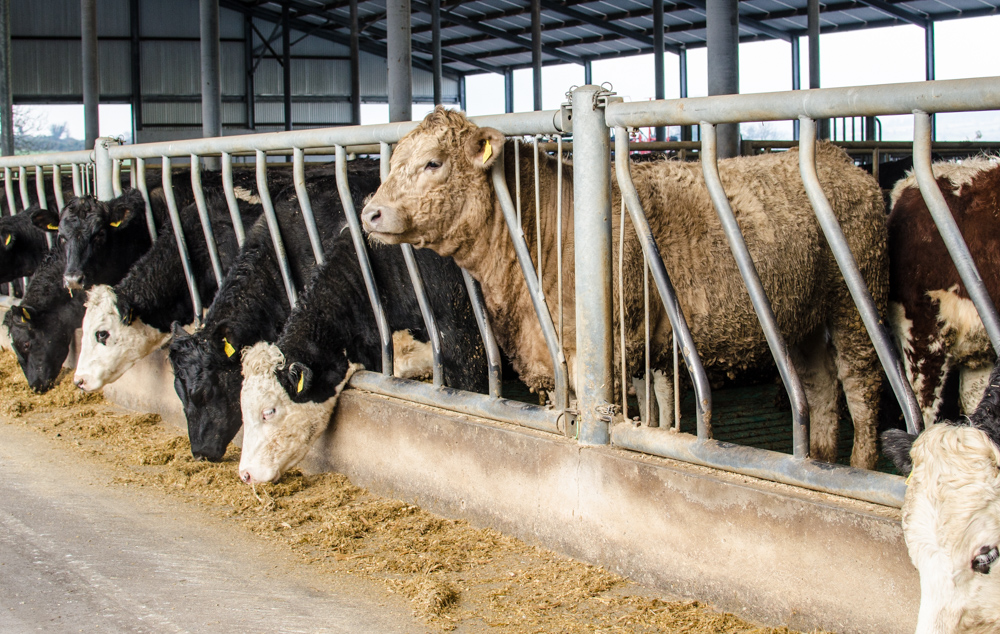 “At this level, the bacteria in the rumen start to be destroyed and lose some of their capacity to break down the contents of the rumen.”

Woodrow also touched on the extent of the problem, saying: “It’s estimated that one in three intensively-finished beef cattle suffer from acidosis.

Globally, it’s the second most common reason why animals are pulled from feedlots; following only respiratory diseases.

To help ease the burden of acidosis, the AB Vista Technical Sales Manager recommends the use of Acid Buf – a product that conditions the rumen and allows it to work more effectively.

“Acid Buf breaks down more acid over a longer period of time, thus allowing the rumen contents to be assimilated.

“Acid Buf also has more than double the buffering capacity of sodium bicarbonate and it reduces the critical time when the pH of the rumen is below 5.5.” 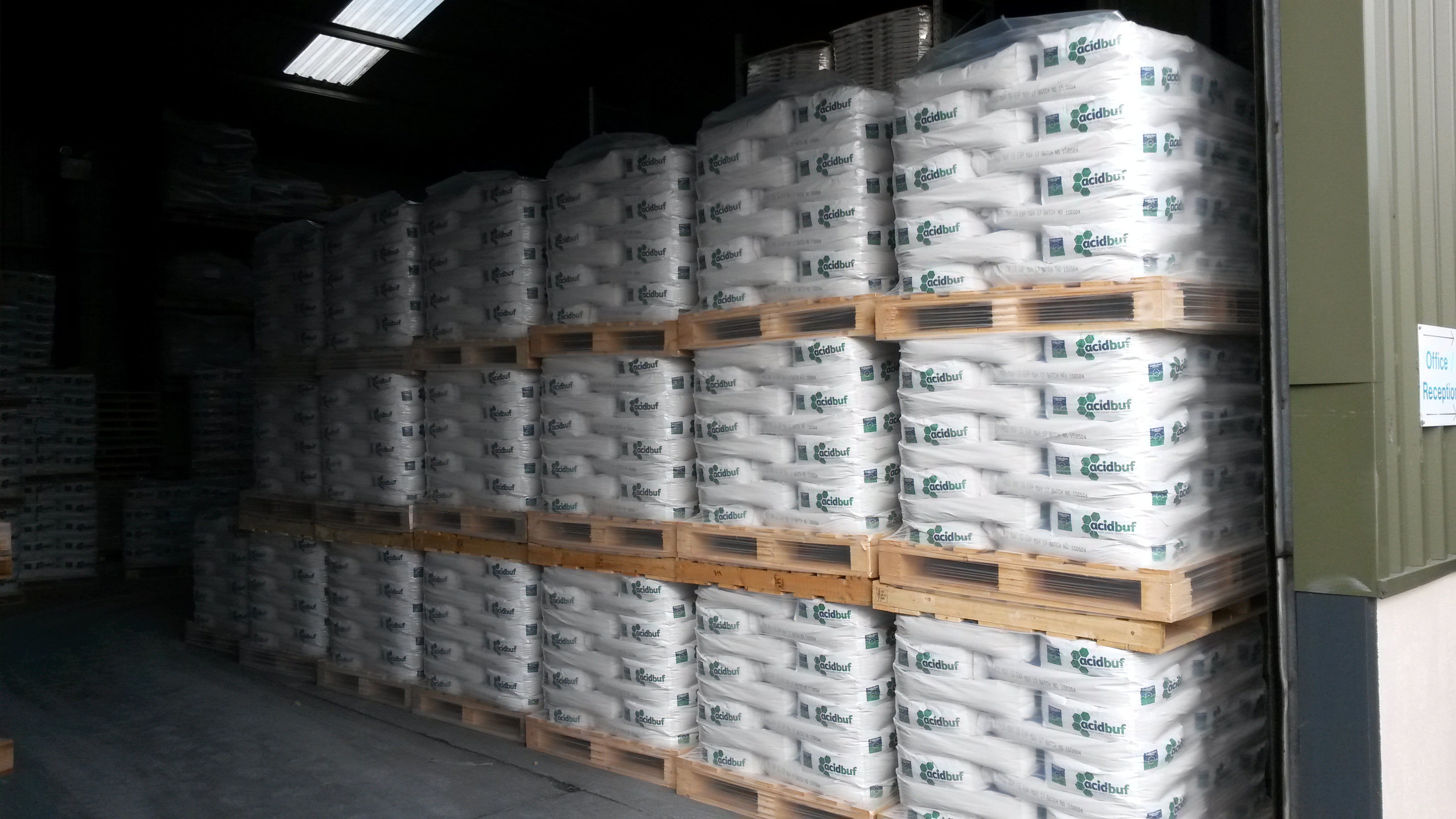 Citing research work from the University of Milan, he added: “Increased feed conversion, better growth rates and a more consistent rumen pH were some of the main benefits seen when Acid Buf was used in intensive beef finishing diets.

“Aggression in young bulls was also significantly reduced and, as a result, the eating quality of the beef produced was much better,” he said.

Where does Acid Buf come from?

Acid Buf is manufactured from red seaweed, which is harvested from the clean, unpolluted waters off the coast of Iceland.

Typically, the inclusion rate is 25-50g/animal/day for animals under intensive finishing systems. At the higher rate, that equates to a cost of approximately 3c/animal/day – about 40% of the cost of sodium bicarbonate.

AgriLand recently visited the facility in Bildudalur in the north-west of Iceland where the product is harvested from the sea by Celtic Sea Minerals – an Irish company with 60 employees and factories in Iceland and Castletownbere, Co. Cork. 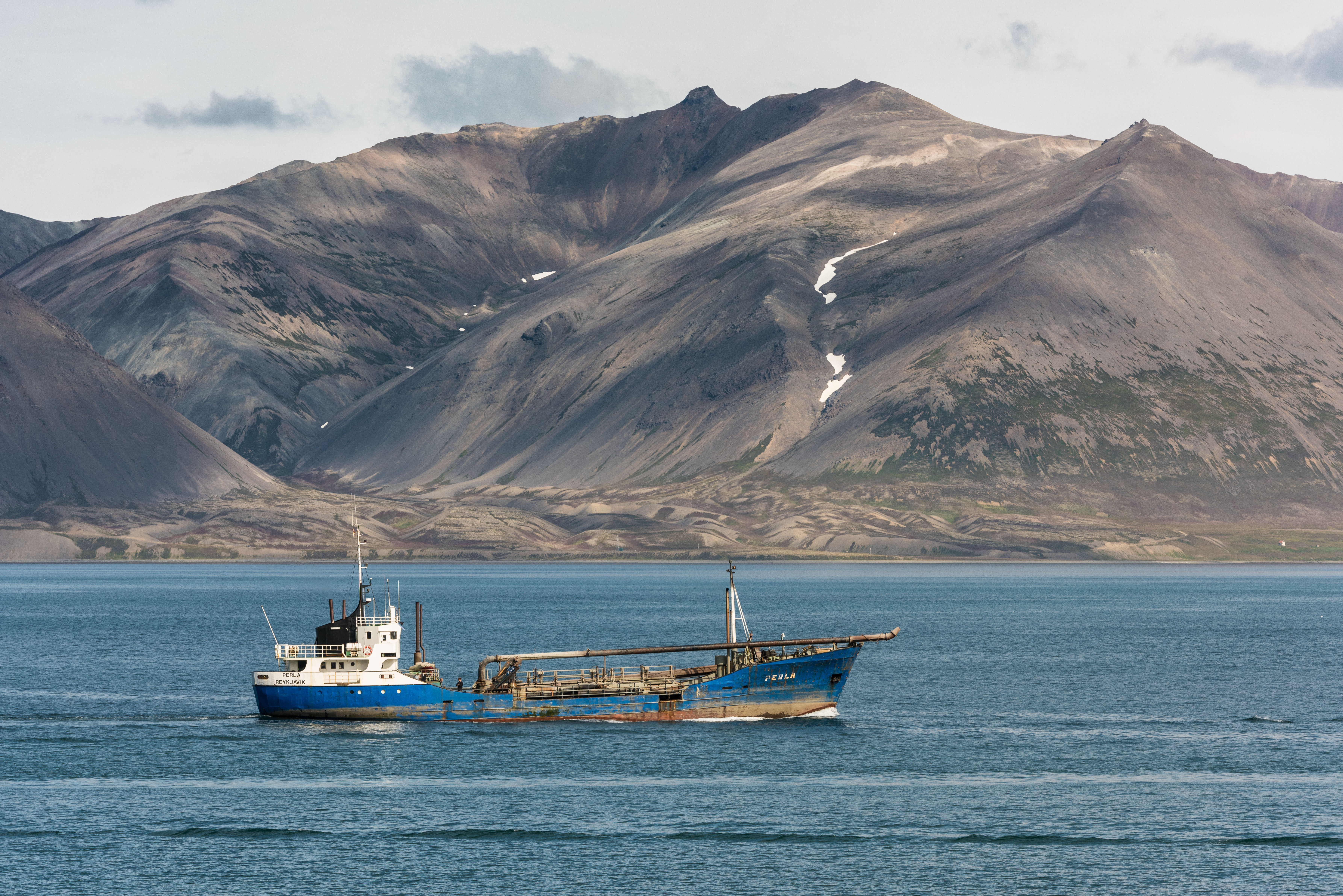 “As red seaweed grows, it absorbs 74 different minerals from the seawater. Principally, it’s 30% calcium, 5% magnesium and other minerals to varying degrees.

“As the plant is growing and absorbing these minerals, it calcifies and the tips of the plant start to turn white. Over time, the tips on the plant grow more and more brittle and break off. They are then carried away to a separate area called a dead material deposit.

When the ship goes out to harvest, he said, it follows a defined grid pattern and it only goes where the deposits are.

“That information is shared and governed by the Icelandic Environmental Agency and the Marine Institue of Iceland.”

The company has a licence to harvest 50,000t of the product from the fjord in Iceland each year – a tiny proportion of the 22 million tonnes located in the waters of Bildudalur.

“Essentially, the ship hoovers up the deposited material before it is brought ashore for processing. Once on shore, the collected material undergoes a rigorous screening process, before the product is dried and packaged for distribution to Castletownbere, Co. Cork.

Once on shore, the collected material undergoes a rigorous screening process. This removes stones and seashells before the product is dried and packaged for distribution to Castletownbere, Co. Cork.

“The product is packed in bulk bags and is shipped in 4,000t batches to Castletownbere in west Cork.

On arrival in Castletownbere, it’s blended and packed; 65% of the product is sold in 25kg bags to over 40 different countries.

Lawlor added: “The Acid Buf brand was developed and launched in 1994 and it’s our main brand globally. Australia is our biggest market at the moment; Saudi Arabia is a very big market; and India is growing very quickly.

“We know it’s a product that works on all different systems and it’s something that gives the product a lot of confidence when we bring the product into new markets,” he said.

The product is marketed in Ireland and the UK by AB Vista, the Irish headquarters of which are located in Randalstown, Co. Antrim.

'Suckler-bred animals are not getting the bonus they deserve'