Are Irish food exports to China being affected by diplomatic issues? 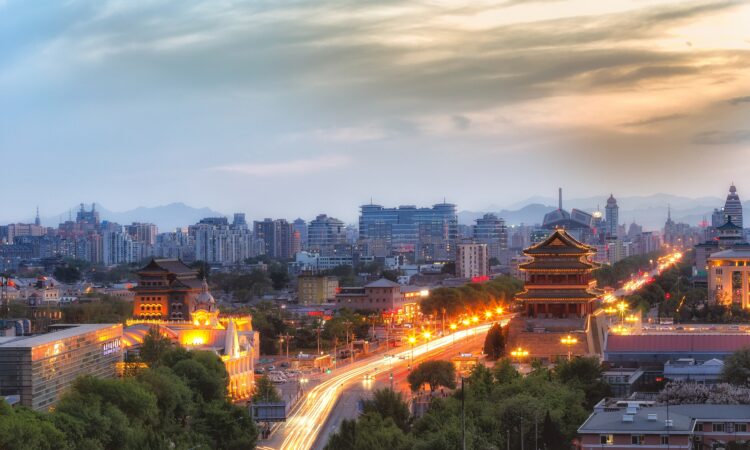 In the last number of months, Irish food exports to China have taken a hit, with beef imports suspended due to a case of atypical BSE here, and pig exports from the Rosderra Irish Meats plant in Roscrea, Co. Tipperary, suspended apparently due to a Covid-19 cluster in that plant earlier in the year.

On the face of it, it would appear that China’s decisions on these cases, while perhaps a bit of an overreaction, make sense, given the obvious risks to food from BSE, and the human health risk from Covid-19.

However, the issue of trade to China in general is potentially being bogged down amidst diplomatic issues between the EU and China.

2020 hasn’t been a smooth year in terms of EU-China relations, for a number reasons.

Firstly, the coronavirus (Covid-19) pandemic initially broke cover in China at the tail-end of last year, before spreading across the globe.

The EU, and its member states, virtually dropped everything to tackle the virus, resulting in severe and ongoing economic disruption.

To be clear: The EU has not issued any statement in which it criticised or laid any responsibility for the spread of the virus on Chinese authorities (unlike a certain world leader across the Atlantic).

And while throwing blame around is not constructive, there appears to be growing frustration among EU officialdom directed towards China for how, in trying to tackle the virus itself, it has increased its already rigorous rules and criteria for accepting imports of agri-food produce.

On Wednesday, July 28, a meeting of the China-EU High-Level Trade and Economic Dialogue (HED) took place. The EU side raised misgivings, outlining concerns on “new restrictions introduced on food exports, on the grounds of controlling the coronavirus pandemic – leading to an increased number of unjustified inspections, controls and requests for certificates on EU exports of agricultural products”.

Most notably, the EU formally recalled its request to China to authorise member states’ exports of agricultural products.

Ireland’s representative in the European Commission – Commissioner Phil Hogan – said after the meeting: “EU-China bilateral and trade relations must be based on the key principles of reciprocity and a level playing field, based on clear and predictable rules.

“Today I have called upon China to engage in serious reform of the multilateral system and its rulebook and to remove the existing barriers impeding access to the Chinese market of EU exporters of goods and services,” Commissioner Hogan added.

Such an approach by China would show a level of responsibility which reflects its economic and trade importance.

The effect of China’s current actions had a clear impact on Ireland, with the suspension of imports from Rosderra in Roscrea, and the suspension of beef imports generally to China on the back of an atypical BSE case in a 14 year-old cow in Co. Tipperary in May.

The latter of these was the Irish government’s decision. However, there have been no clear signs at this time as to when market access is going to be restored.

As a totally separate issue – but an equally likely reason for the now-bumpy EU-China relationship – at the end of last month, China passed a law that was ostensibly for the purpose of maintaining security in Hong Kong (following protests against the government last year).

This law has provoked concern from EU bodies (including the commission, council and parliament) and the Irish government over how that law was passed, and what kind of effect it may have on the civil rights of people in Hong Kong.

Most notably, the European Council only on Wednesday (the same day as the seemingly fractious aforementioned EU-China trade summit) adopted formal views on the law, stating it had “grave concerns” and affirming EU support for Hong Kong’s autonomy.

Most notably, the council expressed EU “solidarity with the people of Hong Kong”.

By way of background, it should be noted that Hong Kong was a colony of the UK for over 150 years until 1997, when it was given back to China as a ‘special administrative region’ with a certain degree of autonomy. In 2019, Hong Kong was rocked by protests against a proposed new law on extraditing people to other jurisdictions for criminal investigations.

The security law, passed at the end of last month, also drew comment from the Irish government, with Minister for Foreign Affairs Simon Coveney saying: “Ireland fully supports fundamental freedoms such as freedom of assembly and the right to peaceful assembly. We have called consistently for these freedoms to be upheld in Hong Kong.

“Ireland and the EU have left the Chinese government in no doubt about the legitimate interest that we have in ensuring that Hong Kong, and the ‘One Country; Two Systems’ principle that has governed it, remains a success,” Minister Coveney added.

Through our consulate general in Hong Kong and embassy in Beijing, we continue to monitor and assess the situation closely, and will continue to raise our concerns through dialogue with China.

The Chinese ambassador to Ireland didn’t take Minister Coveney’s remarks too well, to say the least.

A statement on the Chinese embassy’s website, responding to the minister, said: “The Chinese side expresses its grave concern and strong opposition to the statement [by Minister Coveney], in which a groundless accusation was made [on the security law].

“We have left no one in doubt that no country could place its interests in [Hong Kong] above China’s sovereignty and national security interests, and the peace, stability and prosperity of Hong Kong. Like the Irish people, the Chinese people, including the people in Hong Kong, will never again swallow the bitter fruit of foreign oppression and the nation being divided,” the statement added.

The Chinese side expects to make joint efforts with the Irish side, under the principle of equality and mutual respect, to build a sound and healthy China-Ireland relationship.

All of this happened at around the same time as Ireland was granted a two-year term on the United Nations security council, of which China (as well as the UK, the US, Russia and France) is a permanent member.

There are a lot of factors at play here, and there is no way to know for sure at the moment how the diplomatic situation may directly impact on Irish and EU food exports to China. But it certainly doesn’t appear to be helping.