An appeal for information has been issued by the Police Service of Northern Ireland (PSNI) following the theft of a Ford Ranger pick-up truck earlier in the week.

Taking to social media on Tuesday, September 24, members of the PSNI based in Co. Armagh issued a plea for details from the public.

“A 2014 black Ford Ranger XLT OIG 1140 was stolen from the Markethill Road area of Portadown possibly around 1:00am this morning,” the PSNI statement said.

We believe the vehicle travelled in the direction of Newry.

“Were you on the roads; did you see anything suspicious? Better still would you have dashcam footage? If you can offer any assistance please call 101 and quote ref 226 of 24/9/19,” the police statement concluded.

Meanwhile, yesterday a tractor towing cattle in a livestock trailer had an incident when the trailer toppled over in Co. Armagh.

The incident took place on Legacorry Road, at Richhill, Co. Armagh, just before 1:00pm yesterday afternoon, a spokesperson for the PSNI confirmed. 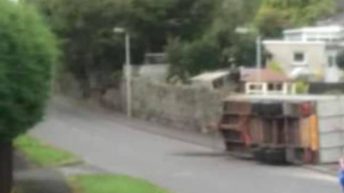