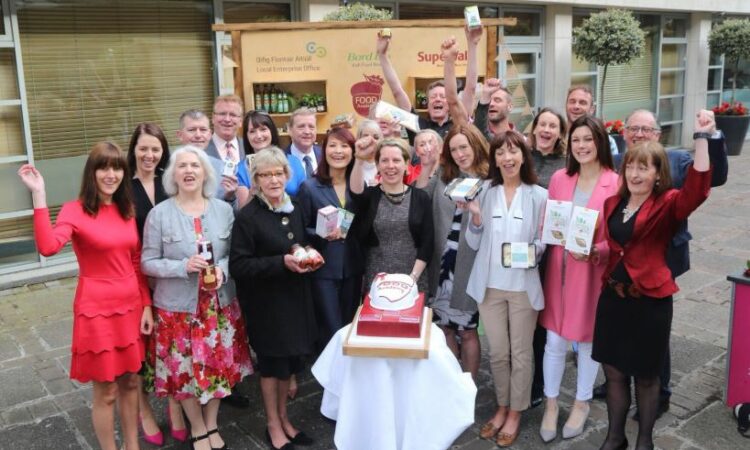 The fifth anniversary of the Food Academy programme was marked today by the Minister for Agriculture, Food and the Marine, Michael Creed, and the Minister of State for Trade, Employment, Business, EU Digital Single Market and Data Protection, Pat Breen.

The programme is set to generate €50 million in sales annually for emerging Irish food producers within the next five years.

Food Academy is a joint initiative between Bord Bia, the network of Local Enterprise Offices and SuperValu; it was established to support early-stage Irish food businesses.

Participating companies gain access to expertise in branding, market research, business development and distribution; it is hoped that this will allow them to scale up and secure listings with SuperValu.

Since it was set up in 2013, Food Academy graduates – supported by their Local Enterprise Offices – have sold €78 million worth of produce in SuperValu stores.

The 329 suppliers involved have reportedly grown to provide approximately 1,500 jobs.

This interest has helped to boost growth of the sector in recent years ensuring that small food and drink producers are now more closely than ever associated with Ireland’s food and drink identity.

Meanwhile, Minister Breen highlighted that the programme has been “hugely successful in facilitating and showcasing the very high-quality food products that local entrepreneurs are producing throughout the country”.

Continuing, he said: “The success that so many of these companies have achieved reflects the very real interest and willingness amongst Irish consumers to support high-quality food and drink producers and this has been central to the support of some 1,500 jobs that contribute so strongly to Irish communities.

“I am confident that the new Food Starter programme recently announced will attract and encourage even more food entrepreneurs to join the Food Academy initiative in the coming years.

“This will further strengthen Ireland’s reputation as a producer of world class food suppliers,” he added.