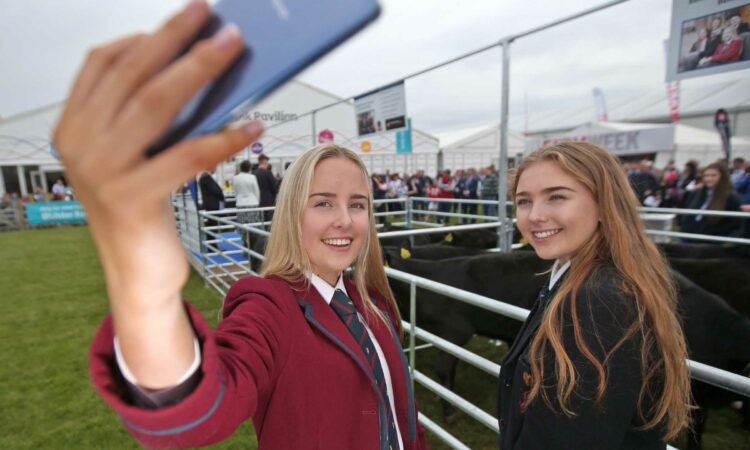 Most visitors to Balmoral Show settle for a hat or a few pens as a memento – but four groups of teenagers needed a little more than a car to bring their very special ‘souvenirs’ home.

The teams each won five Angus cross calves as part of the ABP Angus Youth Challenge – a new competition launched by ABP and the Northern Irish Angus Producer Group aiming to promote the breed and encourage young people to consider a career in agriculture.

They will be responsible for all aspects of the animals’ care over the next 18 months.+ 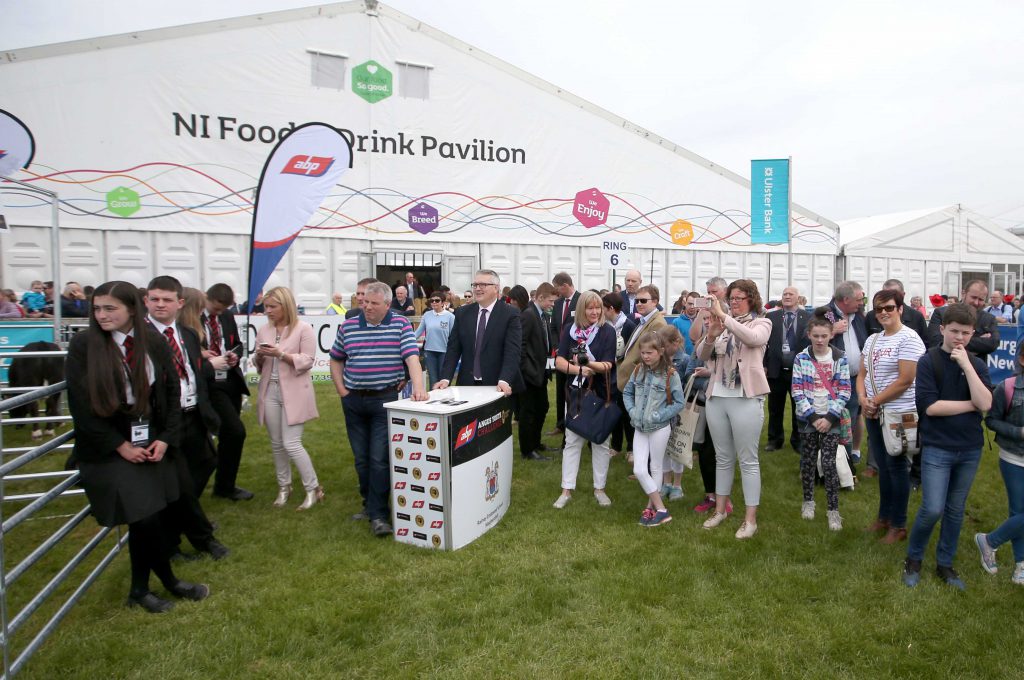 The Belfast Royal Academy (BRA) team members don’t have any experience in farming, so the calves will be reared on the farm of their biology teacher.

The team includes Lorcan Convery, Laura Meeke, Hannah Hill, Charlotte Storey and Rachel Duff. Two of the girls say they hope the competition can give them the experience so they can eventually become vets.

All four groups have also been assigned special projects to develop during the 18 months, which will challenge the pupils to explore techniques to benefit future meat production in Northern Ireland.

BRA has been assigned the topic ‘Challenges of Farm Finance’ as their project. 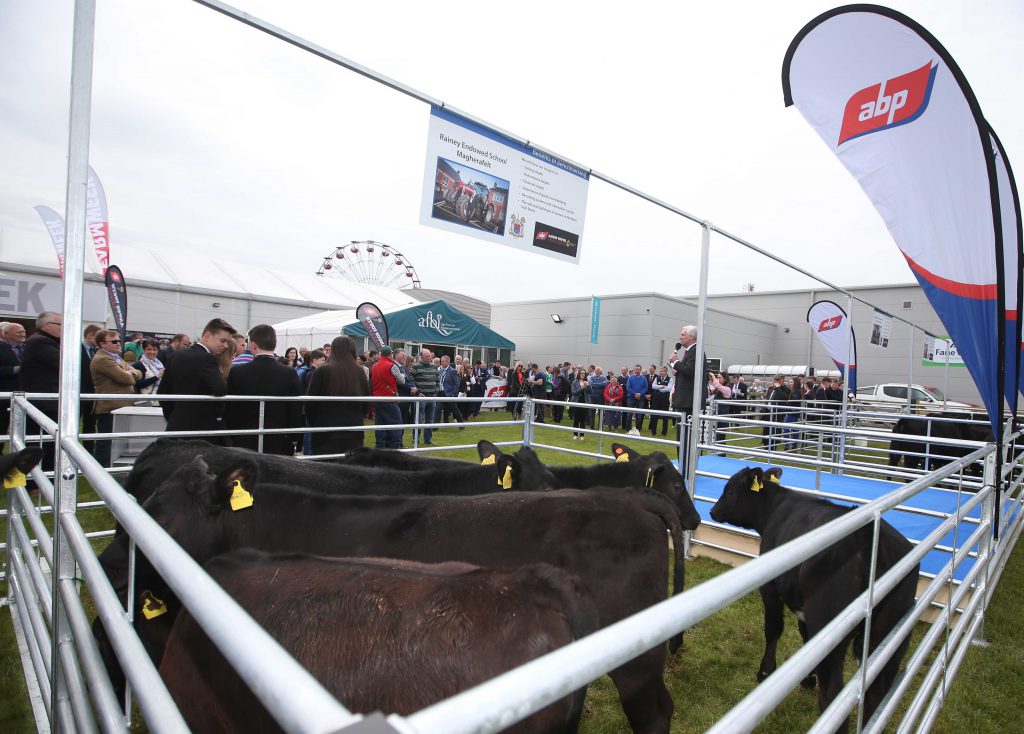 The pupils entered because they have always been interested in farming. They also believe that the challenge will be a good experience to help them pursue careers in the agri-food sector.

They have been assigned to look at how Angus cattle enhance foodchain sustainability in Co. Fermanagh.

In this project, they will also investigate animal health, weaning and feed plans.

They have already planned events for pupils, family and friends – such as a cookery demonstration with a celebrity chef. All proceeds they raise from these events will be donated to the air ambulance.

Three groups of pupils competed in Rainey Endowed School to represent the school with the team making it through to the finals including Anna Doole, Ross Fleming, Kelly Stewart and Gary Thompson.

The pupils are already involved with their school’s agricultural club and are all from beef backgrounds. The calves will be staying on Doole’s family farm.

They wanted to get involved in the challenge because they are passionate about farming. They also wanted to gain independence and rear their own livestock. 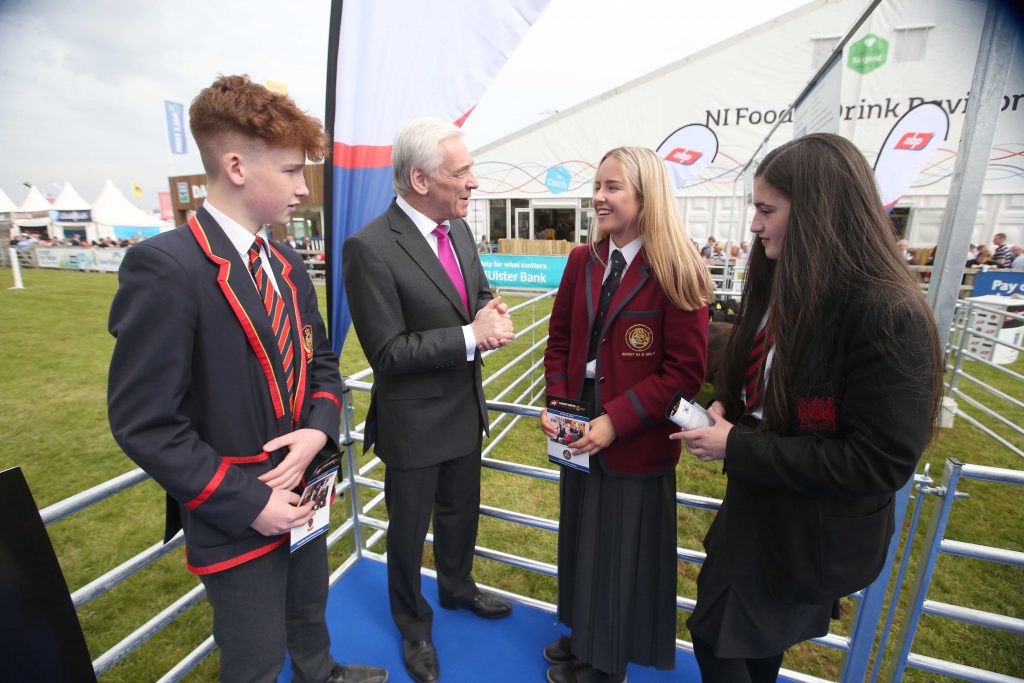 They have been assigned the theme ‘Benefits of Benchmarking’.

They have also been assigned an additional topic: ‘The Contribution of Women to Farm Management’. They want to encourage women to be proud of the role they play on farms.

Conall McCafferty, Thomas O’Kane and Peter Graham are representing St. Louis Grammar and are all from farming backgrounds.

The calves will stay for a period on each boy’s farm, and they will each play an “even part in looking after them”. 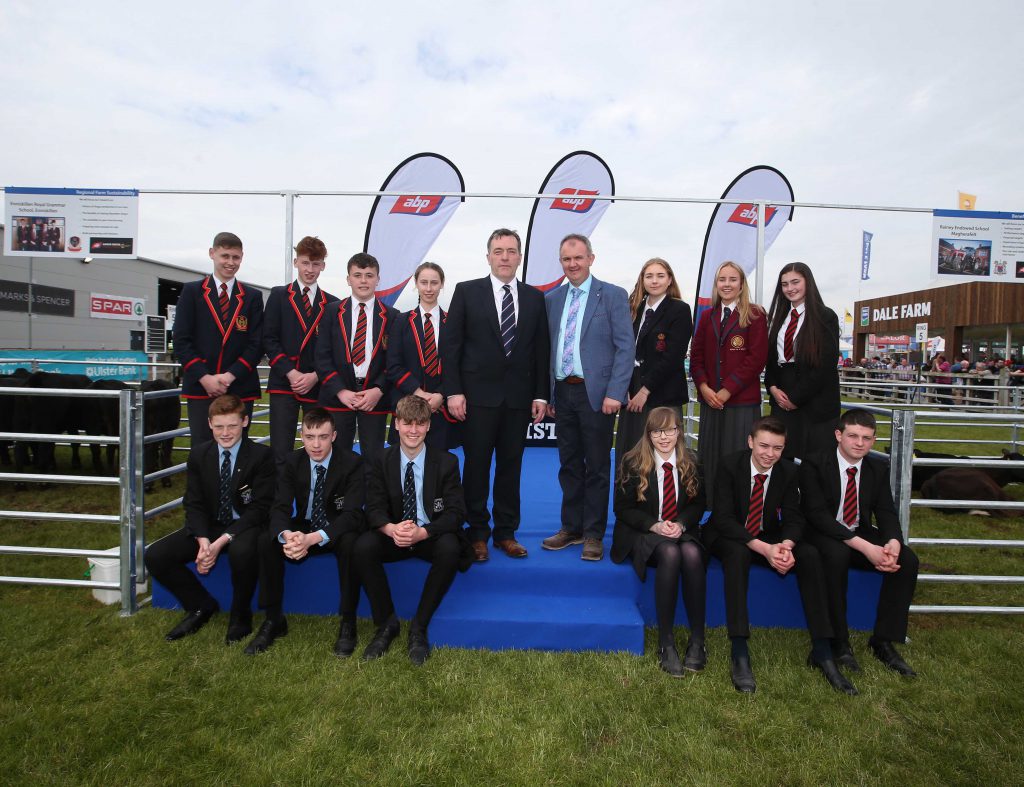 The pupils got involved because they believe that the opportunity to rear their own calves, whilst at the same time continuing to attend school, was too good to miss.

They also want to educate other pupils on the contribution of Northern Irish farms to the economy. Their project title is ‘Family Farms as a Driver of Sustainable Agriculture’.

At the end of the 18 months, the pupils will sell their calves back to ABP, keeping the net profit.

The groups will be continually assessed throughout the 18 months and the winning group will win an extra £1,000 cash prize. 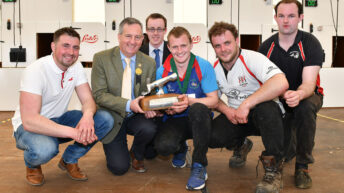 Young Farmers’ Clubs of Ulster tug in a crowd at Balmoral