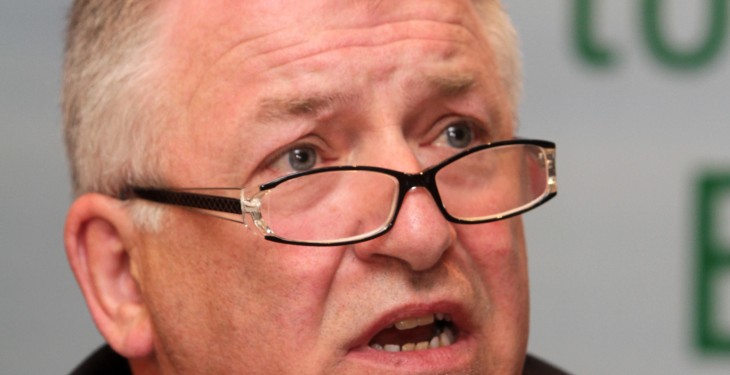 Maximising family farm income from beef production is key, according to Teagasc’s Professor Gerry Boyle who was speaking at this week’s Lismullin Institute Annual Farming Conference in Trim, Co Meath.

His keynote speech compared returns from dairy and beef production, examined ways to get the get the best return from beef and looked at what the future could look like for cattle farmers.

Boyle noted what motivates family farmers in choice of farm enterprise and system is complex. “That farmers are rational their aim is to maximise the income earned by those resources that are considered to be scarcest to him or her, ie land labour and capital,” he said, noting most of the income differences observed across farms are down to structural rather than innate factors.

Prof Boyle outlined some key statistics of the Irish cattle production sector. He cited there are 111,000 farms with cattle, 80,000 with suckler cows, 94,000 with cattle for slaughter.

Prof Boyle’s presentation compared returns from farm enterprises and systems, however he cautioned to beware as averages often mislead.

Of note he said results from Teagasc research has shown that returns for top 10 per cent suckling and finishing much greater than average for dairying.

Prof Boyle noted that the top 10 per cent of capital requirements are slightly higher for finishers, where as suckling has lower requirements as it has less risk associated.

Top 10 per cent of dairy and drystock farms have comparable proportions on good quality soil along with this Prof Boyle highlighted that dairy farms are only a little larger approximately 10 ha on average. He also noted that direct payments are not dramatically different between the sectors.

However, he highlighted that the intensity of production and the value of output are considerably higher on dairy farms.

This being the case Prof Boyle also said that with higher intensity of production and higher output comes higher requirements for labour and capital. He stressed when accounting for labour and capital differences reduces the returns gap between dairy and drystock systems. “Certainly for the best farmers,” he added.

Key messages from the Teagasc director on the day included the focus of farmers needs to be on maximising returns from their enterprise. He said with all cattle systems the gap in returns between the best and worst performing farms is due primarily to lower production.

So what’s the future for beef production?

According to Prof Boyle, there will be a significant reduction in the numbers of suckler cows. He predicts a big increase in production of beef from dairy cows facilitated by new technology such as sexed semen.

He said there is also likely to be a big reduction in production of beef on dairy farms. Prof  also said it is likely there will only be a small numbers of conversions from beef to dairy. However, he highlighted that more specialisation in dairy systems will give rise to opportunities for drystock farmers in areas such as calf and heifer raising.