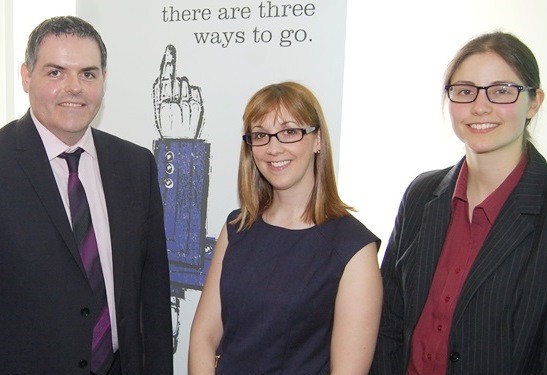 A recent seminar, hosted by Grant Thornton and attended by delegates from across the entire spectrum of farming and food, has highlighted the role for on-farm anaerobic digestion (AD) plants in adding value to the food waste produced in Northern Ireland.

All of the speakers highlighted the significant volumes of food waste produced in Northern Ireland, which is coming from two different sources. The panellists at the event were:  Danielle McCormick, WRAP NI; Roslyn McMillan, Moore Biosystems and Mike Read, anaerobic digestion specialist with Grant Thornton.

One is the actual food that is not consumed/utilised at both consumer and retail level while the other comprises the waste materials and effluents produced by the food processing sector. Roslyn McMillan confirmed that both waste streams can be effectively used by AD plants to produce both green energy and heat.

“Waste from the food processing sector is already being used as part of the feed mix used to fuel at least one AD plant currently operating in Northern Ireland at the present time,” she said. “The technical challenge is to ensure that the mix used in the plants is consistent at all times.”

All of the speakers agreed that AD can play a role in allowing Northern Ireland meet its renewable energy targets by 2020. Mike Read pointed out that the government support for AD in Northern Ireland is relatively more attractive, than is the case in Great Britain.

“The planning authorities in Northern Ireland are also much more aware of the interest in AD and seem to be taking a more co-ordinated response when it comes to dealing with the applications they receives from potential start-ups.

Roslyn McMillan agreed but pointed out that more was needed to encourage the banks and financial institutions to support AD schemes. It became apparent, however, courtesy of the question and answer session entered into with attending delegates that the local banks are now much more willing to consider backing AD proposals, particularly given the growing interest now being shown in the technology at farm level.

Courtesy of their summing up, all the speakers confirmed the potential for AD as a technology that can add value to the food waste produced in Northern Ireland.

“Obviously, we must make every effort to better utilise the food that we purchase. However, simply land filling the waste that is produced makes no sense at al!”