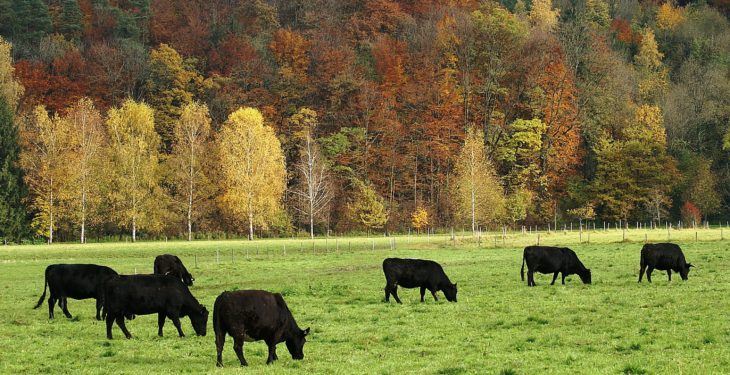 The Angus breed arrived in Ireland in the 19th century and has played a pivotal role in Irish farming ever since – both in suckler and dairy farming circles.

With the ability to thrive and reach finishing potential – on a predominately grass-based diet – the popularity of the breed has increased over the years. Also, as the traditional breed naturally matures earlier, this results in Angus cattle producing fewer carbon emissions.

Additionally, traits such as easy calving and short gestation have allowed the breed to successfully grow into one of the most popular beef breeds for use on the Irish dairy herd.

Calls for more producer groups have echoed in the Irish beef industry for some time now, with these groups in a position to deliver for Irish farmers, while also providing a traceable, top-quality product for the end user – the consumer.

One such organisation – the Certified Irish Angus Producer Group – has been excelling in this space since its onset in 1995. Now Ireland’s largest producer group – with some 10,000 farmer members – the group has been sourcing Irish Angus cattle for 25 years.

The success of the group can be attributed in part to its partners – ABP and Kepak (who process the beef) and retail giant, Tesco – who continue to buy Certified Irish Angus beef for retail as part of its ‘Tesco Finest’ range.

One man who has been involved with the group from the early days is Charles Smith – the first and only general manager the organisation has ever had.

Hailing from a traditional dairy and beef farm, since leaving school and attending agricultural college, the Co. Meath native always knew a job in Irish agriculture was for him – albeit not knowing what direction to travel. 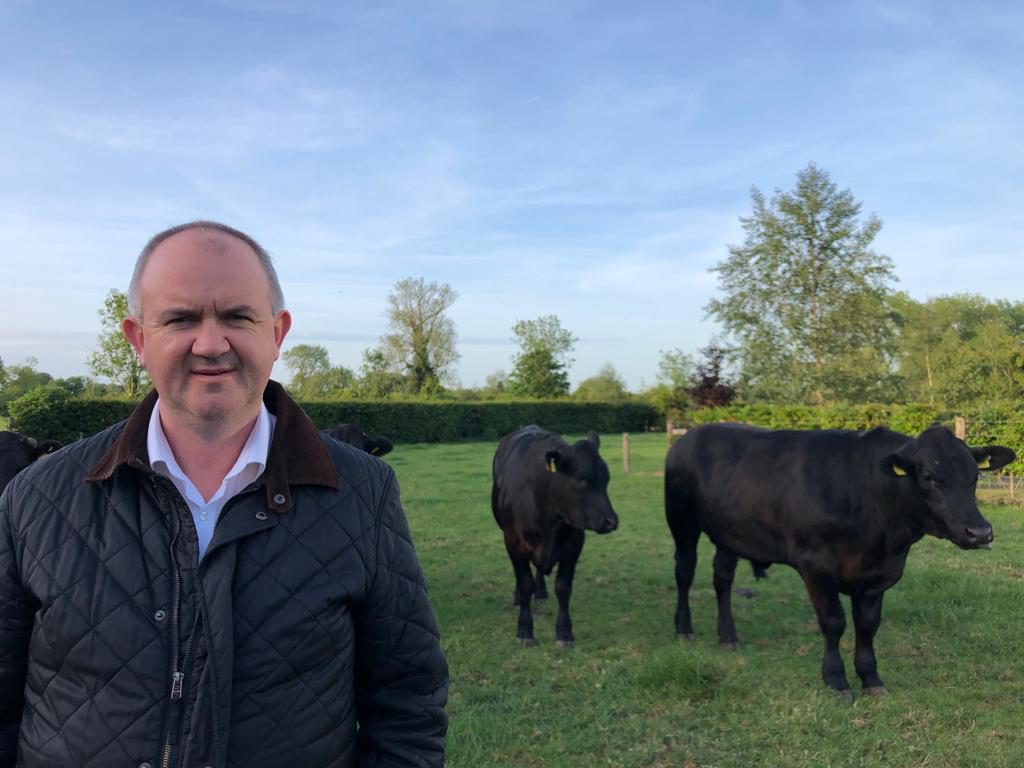 Getting his first taste for the beef industry at Liffey Meats’ Ballyjamesduff site, Charles went on to hold several different positions before starting as an inspector for the Certified Irish Angus Producer Group in 2000.

AgriLand caught up with Charles to find out more about how the group started, certain changes in the Irish beef industry over the years and why this particular producer group has achieved continued success.

He also outlines some of the challenges facing the beef industry, while discussing innovative ways in which to navigate these difficulties.

Around the time Charles commenced this role, the group was slaughtering some 200 cattle per week in Kepak processing plants in Clonee, Atleague and Watergrasshill in Co. Cork.

In 2001, ABP came on board, slaughtering Angus cattle through the group at its sites in Nenagh and Waterford. However, it was in 2001 that a major change occurred, brought on by foot-and-mouth disease.

“In 2001, foot and mouth brought the first significant change. After this, there was a change in that retailers started to sell beef in a more focused way – what that beef was and where did it come from?

“This was added to by all the media attention that beef got at that time.

“Another thing that happened around this time was the second wave of BSE in the UK, and again it brought into question how beef was produced; people wanted to understand it more,” Charles explained.

‘Foot in the door’

What coincided with the establishment of Certified Irish Angus beef was the arrival of Tesco in Ireland – a move that turned out to be very beneficial for the group.

At the time, Certified Irish Angus had developed a working relationship with Quinnsworth – supplying primals to its in-store butchers.

“When Tesco took over, they brought a lot of the UK focus on meat with them. We were very lucky to be in a position to have that foot in the door and the ball started to roll.

“They liked the idea of Certified Irish Angus beef and we worked quite closely with them,” he added.

In 2008, Tesco started to push its ‘Finest’ range and due to the good working relationship, it decided to use Certified Irish Angus, which proved to a major scoop for the organisation.

“As that brand started to expand, it required a lot more cattle and put us in a position to supply more Certified Irish Angus beef.”

While this development was welcomed, it was not without its challenges. A lot of the farmer producers were small scale, some working part-time. These producers predominately finished spring-born Angus cattle off grass throughout the year.

“Because of the system on many Irish farms, we had seasonality of production and we would have had a huge demand for beef in the summer months – May, June July; and also in the lead up to Christmas.

“But those times of the year didn’t work with the cattle that were born in spring; these animals would tend to be fit at 24 months-of-age,” the Meath man said.

This led to the introduction of the “first ever” seasonality bonus, which was tailored to offer a price increase per kilogram at certain times of the year. This, in turn, encouraged farmers to have factory-fit cattle at those times.

“This brought on more cattle and it spread out the supply. At one time, we used to run into awful difficulty with a lot of cattle fit in the month of February – especially in the south.

“However, February would not be a great month for selling beef because of its proximity to Christmas. So it was a challenge to get the farmer thinking that little bit differently and to adjust their systems.”

Beef production, and indeed farming in general, has been an easy target for anti-farming lobby groups and climate change activists in recent times. While the red-meat diet and emissions debate lingers on, Charles is of the opinion that more needs to be done to connect with the consumer.

“As farmers, I think we don’t do enough to communicate all of aspects of farming. Yes, we talk about the product, but we don’t talk about the heritage – the way we do things that we don’t even think about.

“We love farming,” he continued. “It’s probably one of the downfalls that we love it so much, that it comes before our own financial well-being.

“And we have failed to communicate that to the consumer. We fail to let them understand the care and attention that goes into every aspect of the farm.”

This belief has led to the establishment of a new brand identity and a new campaign to better connect with consumers of Irish beef. The new identity was developed in conjunction with Bord Bia’s Thinking House and builds on the strength and heritage of Certified Irish Angus.

It also highlights the stories of the farmer members involved in Certified Irish Angus and the care and attention that is required to rear their animals to produce premium beef.

“I think if we are able to communicate that type of message to consumers, they will be very supportive.

“At the end of the day, sustainability will be at the heart of everything. It’s what the consumer wants; that the beef they are eating has a low impact on the environment.

“Saying that, there is a challenge. Farm incomes are under pressure, so there lies the challenge. It’s up to us to try and return a better margin for those farmers and that’s what we try and do in this group.”

As other diets such veganism and flexitarianism grow in popularity, the reality is that less meat will be consumed. However, Charles notes that while this may be the case, it’s the quality that will deliver for Irish farmers.

“It is without doubt that consumers will eat less red meat in the future. But, they will be more particular and interested with what they consume. I feel we are in a position to deliver that transparency and that additional quality.

It’s a concern for farmers. If there is less red meat needed, prices will be under pressure.

“However, the Irish system of producing beef – where we produce it off grass and in a natural way, not just Angus but all beef – is in a good position across European markets and beyond.

“I especially think the time has come for Angus. It’s has definitely been enjoying a renewal over the past number of years.

“It fits in with our climate change requirements: less time between birth and slaughter; its ability to use grass; and the actual size of the animals with the land type we have.”

Back in the pre-quota era, the producer group’s original base of production would have been made up of dairy farmers that finished their own Angus calves.

Despite this, a lot Angus-cross calves are now finished on beef farms, with approximately 75% of Certified Irish Angus beef originating from the dairy herd.

As trends would suggest, this is expected to increase and grow into the future.

None of us would like to see the suckler cow disappear and she has a valuable role to play in rural Ireland.

“I’d imagine we are close to bottoming out and those with sucklers will stick at it, and again we will be trying to put an initiative together that will allow farmers to look at Angus in a positive light and use it as an option on those farms.”

With 16 inspectors spread throughout the country – on-farm and at the factory, every animal is inspected prior to slaughter and certified through a unique system. A triple inspection system guarantees that it is bona fide Certified Irish Angus which is fully traceable.

The Certified Angus Schools Competition is another success story for the group.

Now in its seventh year, the competition – which is run with partners ABP and Kepak – challenges students to rear five Irish Angus calves over 18 months, while completing a research project.

The initiative aims to promote the Certified Irish Angus brand, while educating students about the care and attention required to produce quality beef for consumers.

Each group also benefits from the proceeds raised through the sale of the animals at the end of the competition.

“It’s about educating that next generation to respect and recognise the heritage that has gone before them. It takes in children that are not from farming backgrounds and allows us to expose what it means to be a farmer; what it means to look after Angus cattle.

“It allows kids from the city to see the heritage and they are relaying that message through their school and social media.

“The effort that these students and schools put in, and the extra effort that students from non-farming backgrounds deliver, is commendable; the interest they have is amazing,” he concluded. 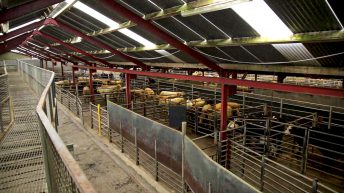