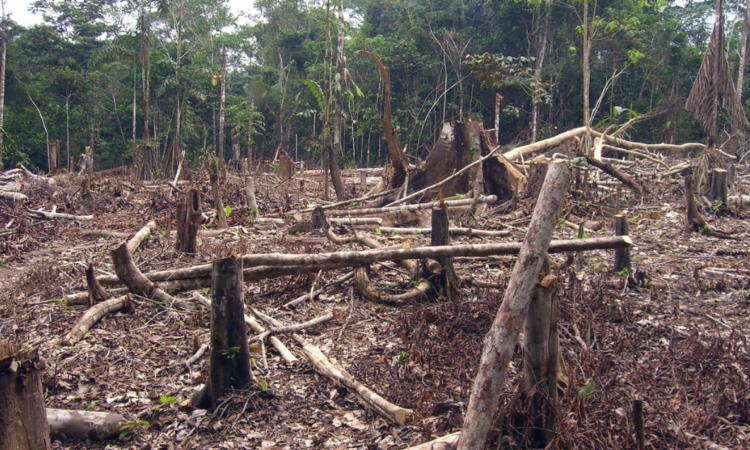 Deforestation in the Amazon rainforest is at its highest level since 2008, with almost 10,000km² of trees destroyed in the 12 months up to July 2019.

According to a report from international news agency Reuters, the rate of deforestation for those 12 months stands at 29.5% (equating to 9,762km²), quoting figures from Brazil’s INPE space research agency.

The sharp rise has prompted the country’s environment minister, Ricardo Salles, to say that steps were needed to combat the issue. He blamed the rise in deforestation on illegal logging, mining and land grabbing.

This announcement from the environment minister is a departure from the usual line the current Brazilian administration, under president Jair Bolsonaro, has taken in relations to deforestation, having previously heavily promoted the economic development of the Amazon region.

According to the Reuters report, the Brazilian government has frequently sought to throw doubt on statistics which indicate that deforestation was on the rise – even when it was the country’s own agencies that were supplying the data.

Environmental figures in Brazil are also concerned that the record-high beef prices in Brazil at the moment could spark further land grabbing for the purposes of cattle ranching.

A report from July showed that deforestation in the first half of that month increased by 68% compared to the figure for all of July 2018.

Just days previously, at the end of June, it was announced that the EU and the Mercosur trading bloc – of which Brazil is a leading member – had come to a political agreement for a trade deal which would see an increase of 99,000t in the EU’s tariff quota for Mercosur beef.

The months of June and May also saw sharp increases in deforestation compared to the same months in 2018.

The Brazilian government came in for harsh criticism in the late summer and early autumn, when a series of forest fires scorched much of the rainforest.

As part of the ensuing condemnation from European leaders at the time, Taoiseach Leo Varadkar said: “If we see the kind of behaviour we’ve seen in Brazil in terms of the rainforests in the last few months, the [Mercosur] deal is off.

“[Other European countries] are totally of the view that South American countries have to do all that we’re doing on climate change, and also we have to have the same standards in terms of traceabilty, quality, all of those things,” the Taoiseach added, speaking at this year’s National Ploughing Championships.