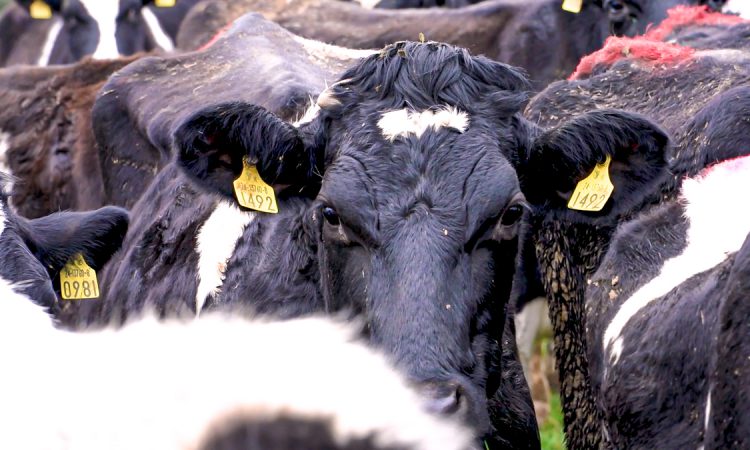 “Astonishing” figures show as many as 14,506 cattle have gone missing in Northern Ireland over the last four years.

The number was revealed in response to a written question from Ulster Unionist MLA Rosemary Barton.

Mrs. Barton, who is the party’s Agriculture, Environment & Rural Affairs spokesperson, said: “I was astounded when I received the figures back from DAERA that so many cattle had ‘disappeared’ from the department’s official cattle recording system APHIS.

“The system does not differentiate between the number of cattle recorded as stolen and those that have gone missing from the system.

While I am certainly aware that a number of cattle are stolen each year, it would appear that many cattle are disappearing from the system, which may suggest that cattle are being sold, moved and slaughtered illegally.

“I intend to progress this query to try to establish what follow-up action DAERA takes in relation to these ‘disappeared’ animals, if they ever trace any of them and if the PSNI are involved in any investigations.”

Armagh was the area worst hit with a total of 636 cattle recorded as missing or stolen last year. It was closely followed by Newry at 606.

Click on the graph below to enlarge it to follow the four-year trends for each district veterinary office. 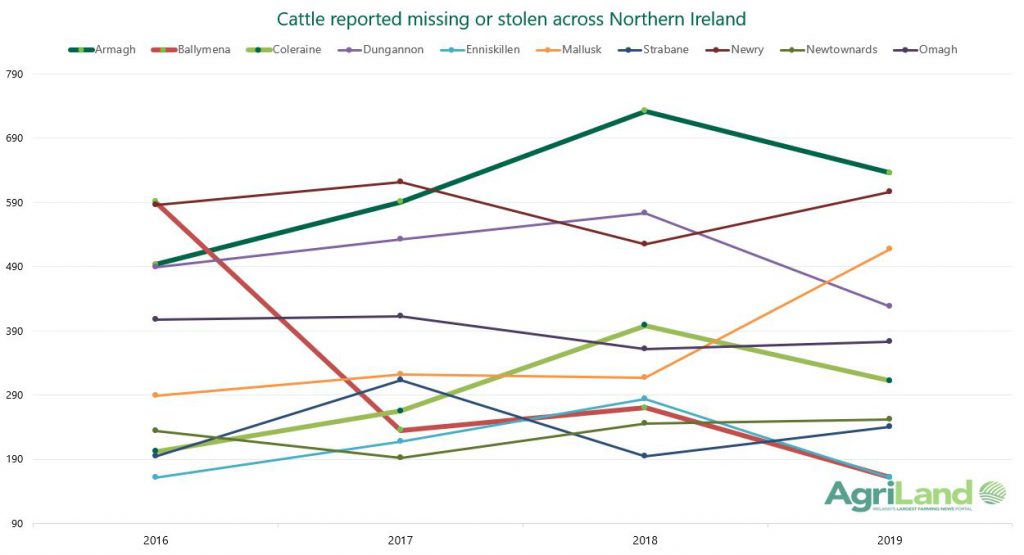 Barton also asked for the same figures on the number of sheep which had been stolen over the last four years.

However, the department responded to say it did not have an accurate record of this.

Responding to the fact that almost 15,000 cattle had been reported missing in the region, a DAERA spokesman said: “Under the Cattle Identification (Miscellaneous Amendments) Regulations (NI) 2012 No. 416 if an animal is lost or stolen, the keeper must send written notification of this to the department within seven days of becoming aware of the fact, together with written details of what has occurred.

“Farmers must keep a register of all cattle in their herd and are encouraged to inspect their herd regularly to ensure the health and welfare of their livestock and continued compliance with identification and registration requirements.

“Keepers should report every incident of suspected theft to the PSNI as well as notifying DAERA as soon as they become aware of any missing animals.

DAERA takes all instances of missing cattle very seriously and investigate each incident individually with the relevant keeper, as well as liaising closely with our colleagues in the PSNI to investigate incidents of theft and to prevent animal theft occurring.

“Missing animals and rural crime – in particular the theft of animals – are direct threats to the livelihoods of our farmers and to the integrity of the traceability system which is vital in providing assurance on the safety, integrity and quality of our food.

“Keepers can discover missing cattle during routine management such as feeding and stock checks, or when cattle are not present as expected during events such as TB tests where the entire herd is gathered and their identities recorded.

“Keepers will often be unaware as to whether these animals are missing or stolen and they are all notified to DAERA in the same manner and included in these figures.

These figures represent an average of approximately 3,500 cattle notified to DAERA as lost or stolen annually. To put these figures in context, the cattle population in Northern Ireland last year was 1.61 million according to DAERA census figures.

“Stolen cattle will account for a proportion of these figures. There will be some animals which have strayed onto neighbouring holdings or remote fields within the holding, some may have died without the keeper being aware and some may be due to administrative inaccuracies, where cattle have been incorrectly recorded as moving in and out of herds.

“Where stray cattle reappear or an administrative error is discovered, DAERA can re-establish the presence of the cattle in the keeper’s herd, provided the correct identity of the cattle can be established.”