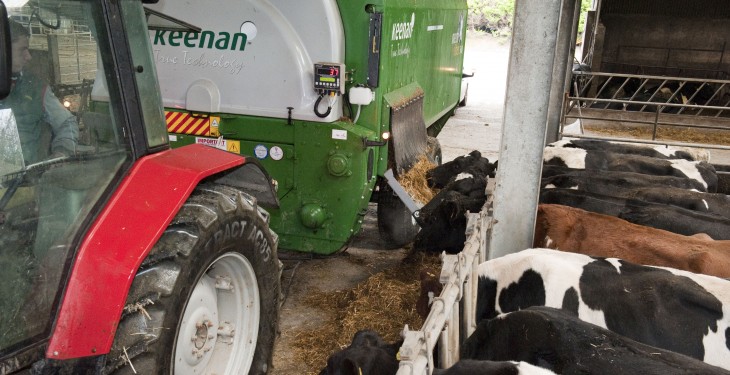 Alltech has confirmed that the company is in talks with Keenan, after it was announced that receivers had been appointed to the Carlow-based diet feeder maker.

Earlier this week, joint receivers were appointed to Richard Keenan & Company Ltd. (trading as Keenan System) after discussions with a potential investor were unsuccessful.

Keenan manufactures diet feeders and mixer wagons and provides a technology based review and support service to farmers.

According to a statement, Alltech has identified various growth opportunities in the on-farm performance arena.

It also believes that Keenan could offer further technological advancement for moving farmers towards greater efficiency and profitability.

Keenan, which will continue to trade under the receivership, exports to approximately 25 counties and with Alltech’s global presence in more than 120 countries, Alltech believes there are opportunities for growth and synergy.

Keenan employs 222 people, of which 176 are based in Ireland. The receivers, Kieran Wallace and Cormac O’Connor of KPMG, have said that they are confident that discussions underway with Alltech to acquire the business will progress to a successful conclusion, subject to appropriate due diligence.

A successful outcome would secure the business and employment at the company, the receivers say.

The company’s guiding ACE principle seeks to develop solutions that are safe for the Animal, Consumer and the Environment and is actively supported by more than 4,700 team members worldwide.