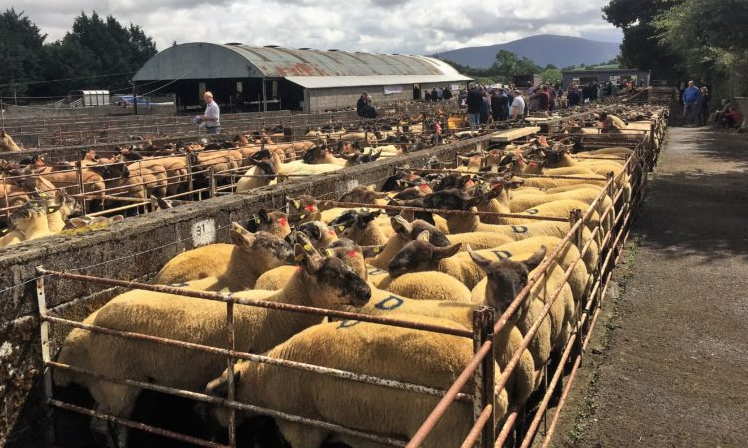 The Borris Ewe Breeders’ Association is set to hold its 57th annual show and sale this Saturday, August 15, at Borris Mart, Co. Carlow.

The sale will be taking place on a Saturday for only the second time ever, as it was traditionally held on a Thursday.

The sale of ewe lambs will start at 11:00am. This will be closely followed by ewe hoggets at 12:30pm, while the sale of the two and three-year-old ewes will commence directly after the hoggets.

The show and sale will encompass just under 2,000 sheep.

Speaking to AgriLand ahead of the show and sale, Maurice O’Donoghue, the chairperson of the association, said: “The Borris ewe, which is a cross of a Suffolk and Cheviot, is renowned for its mothering abilities and it has formed the backbone of many Irish sheep flocks down through the years.

They are popular [the speckled-faced ewes] and we have seen buyers come from all parts of the country – such as Co. Cork and Co. Sligo – in the last few years to source these type of ewes.

“A combination of Suffolk and Cheviot genetics gives the Borris ewe, and her progeny, extra growth, shape and prolificacy. When crossed with a terminal ram, such as a Texel, Charollais or even Suffolk, she’ll produce an ideal factory or butcher lamb carcass.

“On the topic of health and safety, we ask that only people with business at the sale attend, such as buyers and sellers.

“We would ask that anyone attending the sale would abide by all protocols and social distancing measures that will be in place. We would also advise people to wear a facemask on the day,” Maurice concluded.

At last year’s sale, there was a 98% clearance rate on the day. According to Maurice, changing the sale day from Thursday to Saturday played a huge role in the success of the sale last year, as buyers were able to come from all over the country. 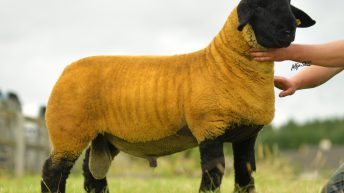