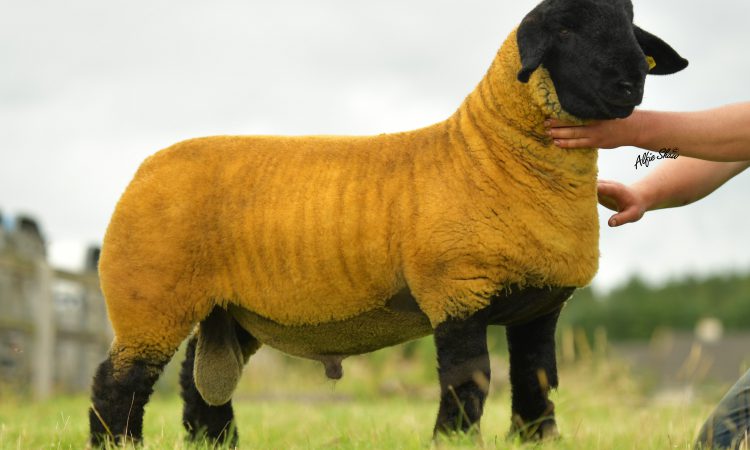 Blessington Mart was the venue for the South of Ireland Branch of the Suffolk Sheep Society’s Premier Show and Sale this year.

To ensure all social distancing and Covid-19 directives and guidance were in place, the society – working closely with Blessington Mart – arranged for an outdoor sale with a portable sales ring and marquee on site.

With online and telephone bidding encouraged, the sale was also supported by breeders and farmers with an eye for commercial tups.

Just under half the ram lambs sold on Saturday went to commercial farmers typically buying in the €400 to €750 price range at an average price of €558 for commercial lambs.

Pedigree Suffolk trade also went well with 31 sheep getting four-figure sums in the sale. Total sales amounted to €96,190, with 103 animals sold on the day, leading to an average price of €576.

The average pedigree price for ram lambs sold to the pedigree market was €1,330 – with AJ and NAJ Robinson from Co. Down, paying a top price of €6,500 for Patrick O’Keeffe’s lot 41, a Castleisle Kilteskin Prince sired January-born lamb out of a Birness Coulter sired Annakisha dam. 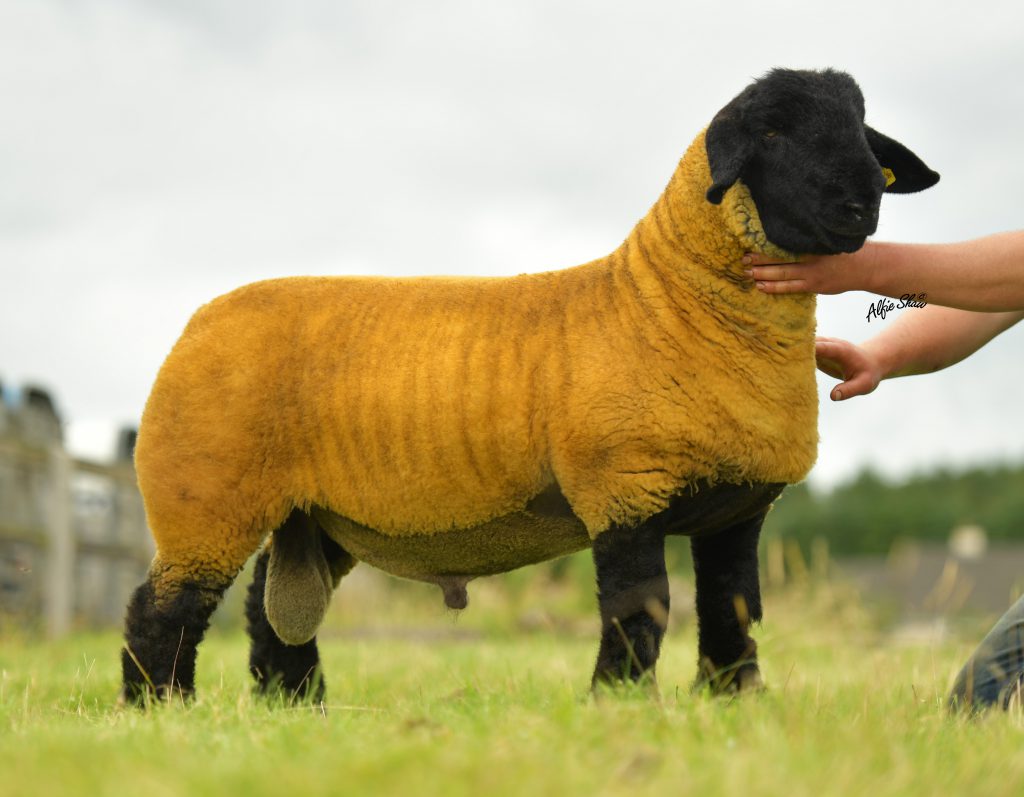 Castleisle Kilteskin Prince was purchased at Stirling in 2019 for 20,000 guineas.

The hammer fell to R Tait, from Co. Donegal, at €3,000, for Seamus Browne’s fourth-placed lamb in the Open Ram Lamb Class. 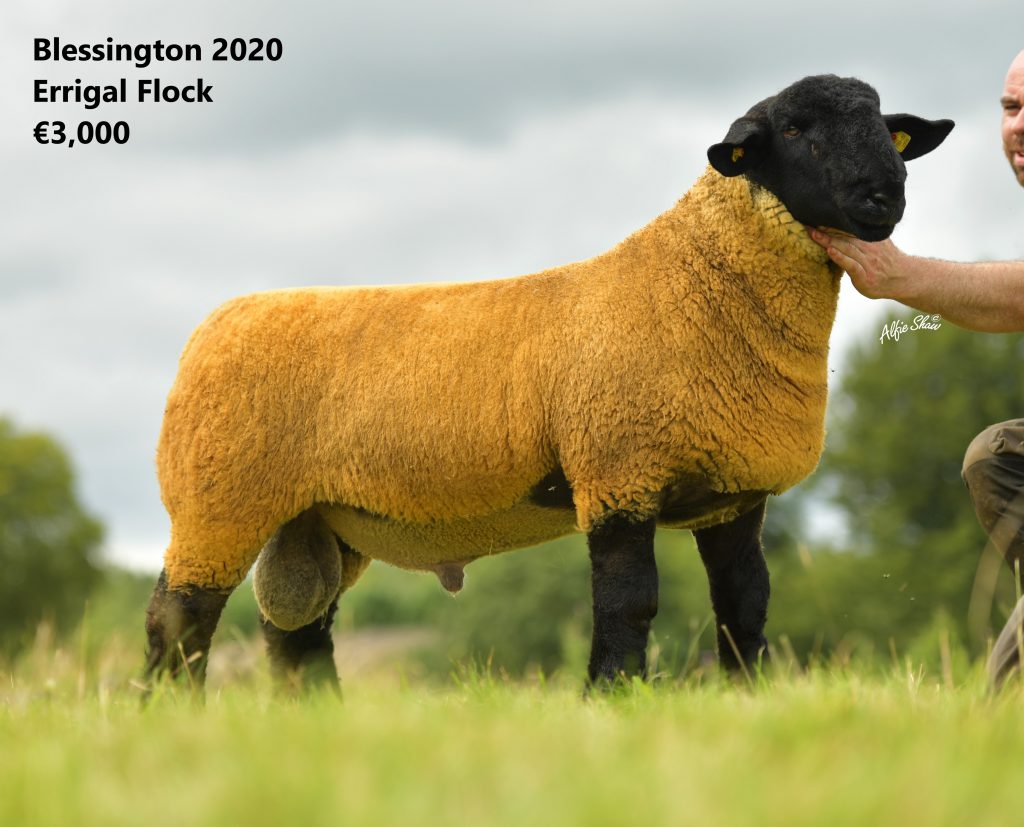 Sired by Limestone Gold Rush, this lamb is out of the Cairnton Eyecatcher sired Cairnton ewe.

John and Esther Gahan got over €2,000 for both their lots in the first ballot with D McCaughren paying €2,600 for the Limestone Aston Martin sired Recorded Class Reserve (lot 94) out of a Freightduff ewe sired by Rhaeadr The Real Mccoy. 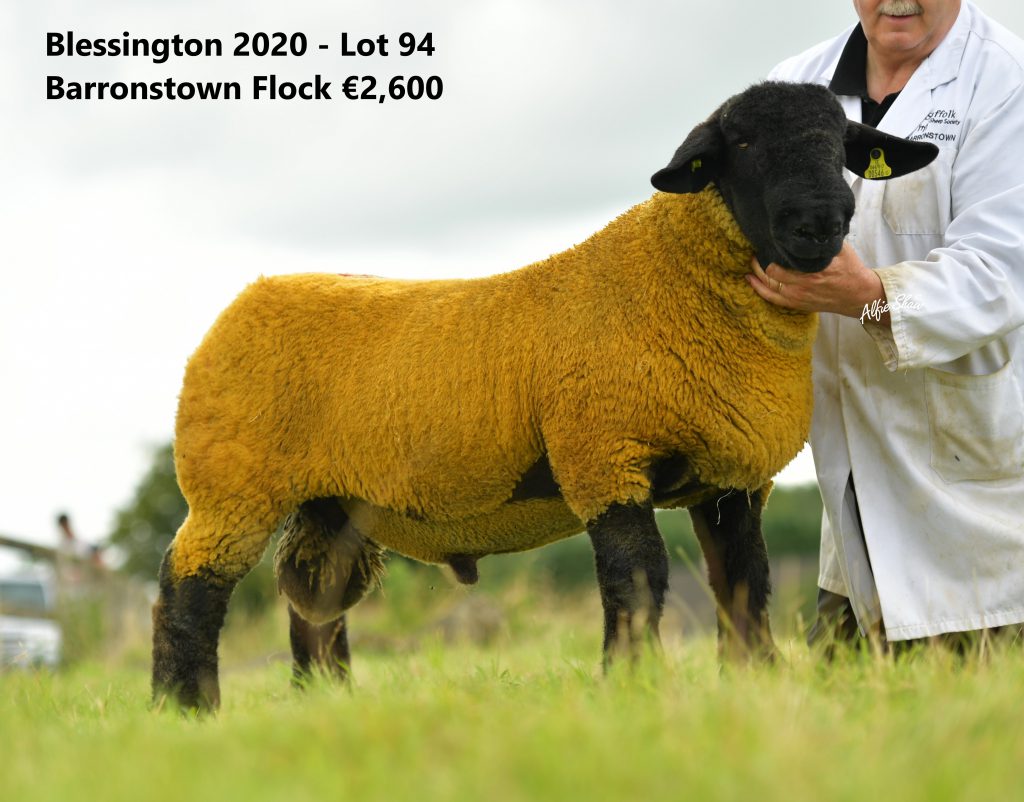 The hammer fell to K Casey at €2,000 for J & R Thornton’s lot 34, a Strathbogie A Kind of Magic sired lamb out of a Killyclug dam.

Bidding on Eamonn Duffy’s Supreme Champion ram lamb peaked at €22,000, but the sheep was not sold as it had not reached its expected reserve.

Top female price was J Hanly’s first place in the Shearling Ewe class going to R H Barkley and Son, of Ballymena, for €1,900. 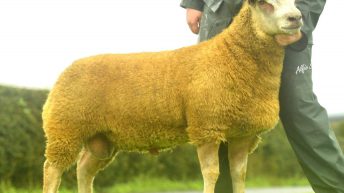