Agriland gets an honourable mention in Vincent Browne’s media awards 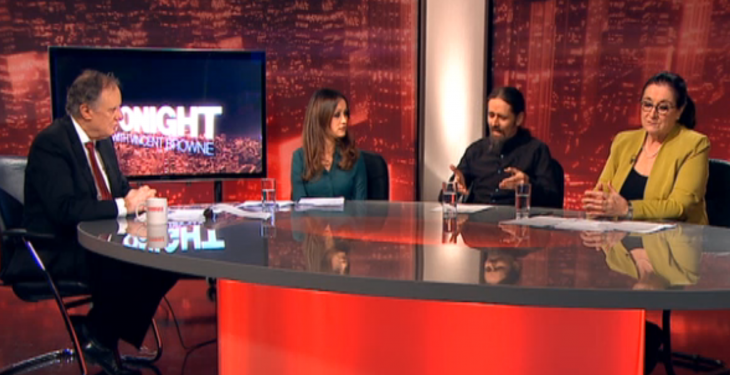 The judging panel on the Vincent Browne show.

Last night the Vincent Browne Show was handing out (verbally) its media awards for the year and Agriland.ie got an honourable mention from the judging panel in a sector won by the Journal .ie, the online news site.

While the Journal.ie won the overall website of the year and during his praise for the winning site, judge Luke ‘Ming’ Flanagan also said that Agriland.ie has  really impressed him.

“The whole online thing in sectoral areas, such as farming, up until this year the Farmers Journal was it, but now you’ve got Agriland and they’re really taking on the Farmers Journal. And everyone has one of those (smart) phones even on farms and it is really creating a niche for themselves. That has impressed me.”

Agriland.ie has been in operation over a year and in that time has become the largest online news source for the agricultural sector in Ireland. In that time we’ve also been shortlisted for a Guild of Agricultural Journalists award and an Eircom spider award.

The Eircom Spiders are now in their 19th year making them the longest standing and most prestigious internet awards in Ireland. They reward Irish businesses and community organisations for their creativity and innovation and provide an important opportunity to recognise and showcase online excellence.

Winners of the awards were:

Newspaper of the Year: The Irish Times

Story of the Year: An Garda Síochána controversies.