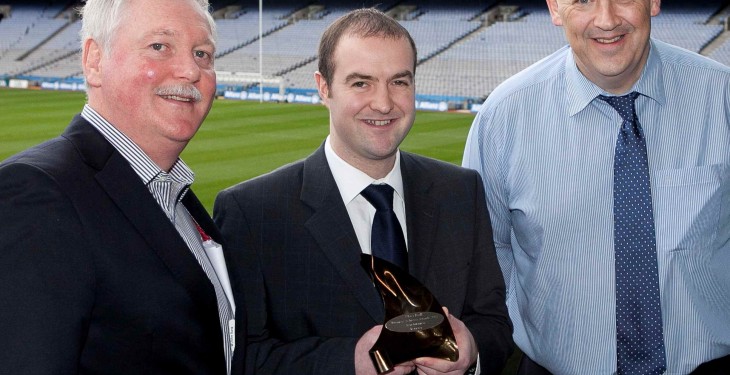 Meade Potato Company has won an agri-business award at this year’s Ulster Bank Business Achiever Awards 2012.
The judges stated Meade Potato Company stood out as a thriving producer in the agricultural supply chain. It cited the company’s impressive turnover, strong sustainability and family business track record as major factors in its decision. “Well done to our excellent team and all our growers for making this possible,” the Meade company said in a statement.
The awards, now in their 19th year, are in association with the Irish Independent, Enterprise Ireland and InterTradeIreland and took place at the Mansion House in Dublin recently.
Speaking at the national final awards ceremony, David Thomas, managing director of Ulster Bank’s Corporate Banking Division, said: “This year’s 32 national finalists represent 20 counties, employing more than 3,000 people and have a combined annual turnover of over €320m. With a record number of entries this year, totalling just under 600, Ulster Bank has seen first-hand the outstanding talent and achievements of the SMEs and entrepreneurs across the island of Ireland.
“Our award winners are an inspiration to businesses throughout the country and I would like to congratulate them and wish them every success in the future.”
Based in Cookstown, Co Tyrone, CDE Global is a leading supplier of washing equipment for quarries and mines on the global market won the overall award.

For further information on the 2012 Ulster Bank Business Achievers Awards and award winners, go to www.businessachieversaward.com  or find us on twitter @ulsterbank_BAA.