After meeting its €1,000/ha gross margin target what’s next for Derrypatrick? 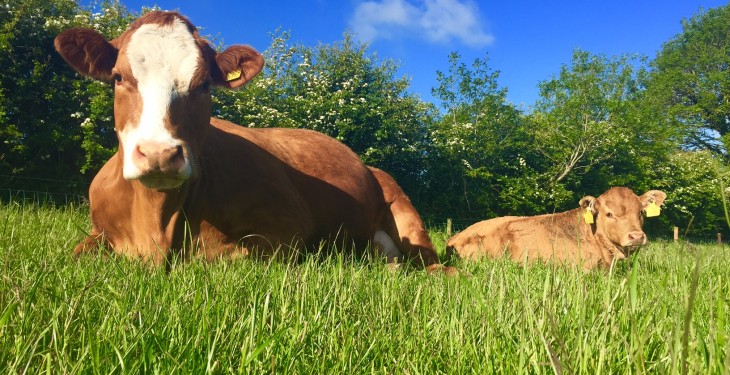 The Derrypatrick farm is a suckler beef systems research farm established at Teagasc, Grange, Dunsany, Co. Meath in 2009 for the purposes of research demonstration to Irish beef producers.

This year the gross margin of the Derrypatrick Herd is projected to be close to €1300/ha. When full costs are considered (including overheads and facilities costs) net margin is expected to exceed €600/ha.

At the National Beef Conference 2015, Teagasc outlined the future objectives for the herd:

4. Achieve high utilisation and at least 250 days at grass.

5. Become one of the highest Replacement Index herds in the country.

8. Incorporate a clover research trial on the Derrypatrick farm.

9. Incorporate a breeding comparison trial within the Derrypatrick herd.

10. Host every Knowledge Transfer (KT) discussion group in the country within the next 5 years.

The farm size is 65 ha and all of the land is situated in one block with a good network of roadways servicing 79 grazing divisions or paddocks.

While most of the farm is free-draining, some of the land area is heavy in nature and difficult to graze very early or late in the year.

In 2013, a decision was taken to change the breeding programme from the original cow breed type comparison study to a study comparing early- vs. late-maturing breed sires.

In 2013, the replacement policy also changed with half of the replacements now being sourced from the dairy herd as Limousin X Holstein/Friesian while the other half are sourced from suckler herds as heifers that are ranked high on the Replacement Index – they are predominantly Limousin- and Simmental-crossbred heifers.