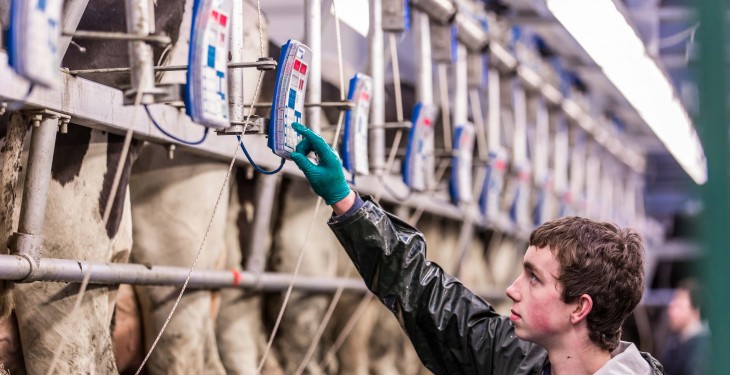 Co-op boards need to encourage more young people to become involved in the co-ops and to do this they must actively encourage them with appropriate education, according to one of this year’s Nuffield scholars.

Corkman Sean O’Brien, who left school at 16, and turned his hand to vegetable, sheep, suckler farming before settling on dairying as the best option for his farm, told the Nuffield Conference that Irish co-ops must up their game to encourage more young people to come on board.

He also said that co-ops must educate their young members, before they become board members, and this education cannot be a ‘one size fits all’ answer.

Despite not having a Leaving Certificate, O’Brien went back to education as a dairy farmer and took part in a co-op run course. However, he said he was the only non-board member on the course.

This was a course on the corporate direction of food businesses, he said, and all those taking the course had no third level eduction but ran multi million co-op boards.

The next generation of co-op board members, he said, must know about carbon foot printing and finances and everything in between and the method of electing board members is archaic.

He also said that the level of co-operative education in agricultural courses is not enough.

“Out of a 1,000-hour course there is five hours on co-operatives. Young people coming out of agricultural colleges do not have an understanding of co-ops.”

Funding The Education of Young People

While he acknowledged that it costs money to educate people, this is necessary and must be provided by the co-ops, he said.

“There has to be a fund in place to educate the next generation of board members.”

He cited a worker-owner co-op in Span that he visited and said that 2% of net profit went into an education fund of the co-op. W

“I feel that you do not get your best return on money when you are sitting on the board, it’s too late at that stage.”

He also said the education that is available is not good enough to young people in co-ops.

“Irish co-operatives take a general approach to educatiing members, its a one size fits all. The courses are not sutaible. There is no incentive for new young farmers to commit their free time to you operation of the co-op.

“Courses need to be on during the day and there must be a financail incentive such as FRS doing some work for you.”

FrieslandCampina, he said, pay young people to take part in its education programmes and pay the people working on the farm and they allow the students to pick the topics.

He recommended that co-ops engage better with their younger members and put the right progrmmes in place.

He also said that there should be a compulsory one-day course for every new co-op member to complete.

“Set up a youth group for co-operative members. Give them a balanced course, cover the costs and they will come.”