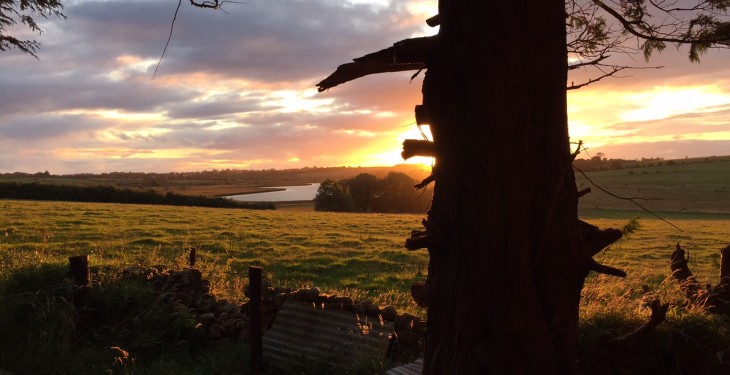 A mainly dry weekend is in store, according to Met Eireann’s latest forecast.

Apart from a few coastal showers in Leinster this morning (Friday) it will be dry for the day with a mixture of cloud and sunny spells, it said.

After a cold start temperatures will rise to 11 to 14 degrees this afternoon, mildest in the west. Winds mostly light, north to northeast.

Tonight will continue generally dry with clear spells and little or no wind with patches of frost and fog forming again under clear skies as temperatures drop to between 1 and 5 degrees Celsius.

According to Met Eireann, tomorrow (Saturday) will be generally dry again with frost and fog clearing quickly in the morning.

Many areas will have sunny intervals on Saturday Met Eireann said but places may remain rather cloudy, especially the east and southeast.

Winds will be light to moderate, northeast to east with highest temperatures 11 to 14 degrees Celsius, it said.

Saturday night will remain dry everywhere with variable amounts of cloud; fog patches will occur where breaks occur, as will some local grass frost, according to Met Eireann.

Sunday and Monday will both be dry days with no more than light breezes and cloud cover will vary and large amounts of cloud may persist in some areas, it said.

On Tuesday next, Met Eireann said that winds will become southwesterly and will steadily strengthen in all areas, especially so in the northwest where gales may occur in exposed places later,

Much of the south and east will have a dry and bright day on Tuesday it said but cloudier conditions in the north and west will spread countrywide as the day goes on.

According to Met Eireann, rain will develop in most places during the evening and early night, possibly becoming heavy at times in parts Ulster and Connacht.

All areas will have rain overnight into Wednesday and it will stay windy, it said.

During Wednesday itself, Met Eireann said that rain will slowly die out and winds veering southwest to west will moderate steadily.

Some rain or drizzle will return to western counties on Wednesday night, but other areas will be mainly dry, it said.

Thursday is likely to see southwesterly winds strengthening again countrywide and outbreaks of rain or drizzle spreading east to affect most areas, it said.

Met Eireann said that the rain and drizzle will probably tend to die out overnight, and much of Friday may turn out dry and bright before another band of rain approaches western areas later.

Temperatures will be near normal throughout the week ahead, with little chance of night frosts after this weekend, it said.