Cattle supplies at Irish export meat plants for the week ending October 9 totalled 31,327 head, which was 10% or over 3,700 head less than the same week last year.

In particular, supplies of steers and heifers have tightened further in recent weeks with cumulative supplies of young bulls and cull cows also down significantly.

Total throughput for the year to-date is 1.22 million head, which represents a decline of 5% or 64,000 head on last year’s levels. 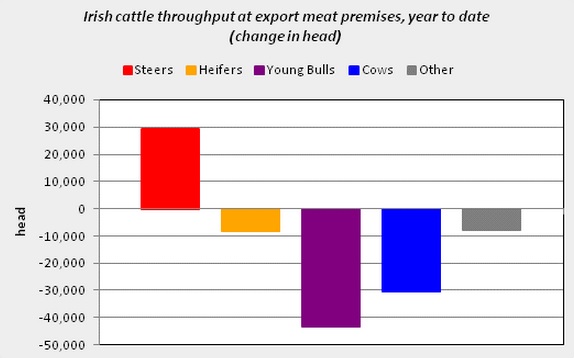 Despite the lower throughput quotes from factories this week suggest little change in the beef trade with farmers encouraged to bargain hard to get the most out of factory agents.