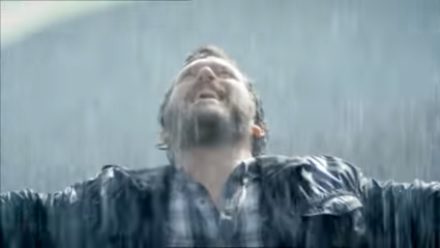 In the coming weeks, Bord Bia is to start its TV advertisement campaign with actor Lochlann O’Mearain, who will promote the characteristics of Irish lamb.

Airing for six weeks in total, the campaign will hit TV screens in June/July and then again in late August/early September – which Bord Bia says will coincide with peak lamb supplies.

The campaign’s focus is to drive sales of lamb and encourage shoppers to look for the Quality Mark on the pack as well as focusing on the unique flavour, versatility and range of lamb cuts.

It shows O’Mearain in the video campaign walking around Irish fields and cooking with lamb asking “why does lamb taste so amazing?”

“Well it could be down to the chef and then of course our farmers, who meet the highest standards with the Bord Bia Quality Mark.”

But if you ask me, it’s all down to the rain! It makes the grass sweet and green and gives lamb its unmistakeable flavour.

“The taste of all that’s good about nature, so I say; let it rain. Choose lamb with the Bord Bia quality mark. Your food is our passion,” he says.

In addition to promotion in the Irish market, Bord Bia is also currently engaged in an EU co-funded campaign across important export markets including Belgium, Denmark, England, France and Germany, which aims to grow consumer awareness of the importance of European lamb production and recognition of lamb as a versatile everyday dish and not just for special occasions.