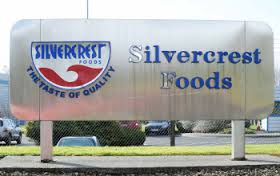 ABP Food Group has welcomed the UK Environment, Food and Rural Affairs select committee’s report into the horsemeat scandal, where it said it was grateful for being given the opportunity to provide oral and written evidence on this important issue.

“ABP has stated for some time that its view is that the horsemeat contamination was the result of fraud and other criminal activity across the EU. Where there is evidence of fraud or illegality the perpetrators should be prosecuted,” it said in a statement to AgriLand.

“ABP has taken significant actions to ensure the integrity of our supply chain, including establishing what we believe is the most comprehensive testing regime of any European meat processor,” it added.

The ceo of ABP Food Group appeared before the committee back in April.

Paul Finnerty of ABP Foods told the committee in April it operated to the highest standards in terms of traceability of product, in line with the rest of the industry.

He went on to explain that frozen food had greater opportunities for being contaminated:  “I would like to demonstrate the difference between chilled beef and frozen beef. For chilled beef… the supply chain is very short. We try to procure two-thirds of our cattle from within a 30-mile radius of each of the facilities we use.

“It is a process that takes a matter of days and a short number of weeks. Frozen food is different. It is a product that has a lifespan of up to two years, and the raw material that is bought is much more commoditised. It tends to go through many hands.”

At the committee hearing Finnerty said ABP had “never knowingly bought, ordered or processed any horsemeat”. He said it was unable to identify at what point horsemeat had entered the supply chain for the Tesco beef burgers which were supplied by the Silvercrest factory of ABP Foods.These contained up to 29 per cent horsemeat. The CEO told the committee he thought the origin of the horsemeat was Poland.

The Food Safety Authority of Ireland (FSAI), who also spoke at the committee in April, concurred that there was no evidence to suggest that the origin of the horsemeat was in Ireland.

At the time the FSAI said: “If you look at the amount of horsemeat that is in circulation in the UK, there is close to something like 400,000 horses slaughtered in the EU annually. We have probably something like 30,000 tonnes imported into the EU. There is plenty of horsemeat in circulation in the EU. The quantity of horses that would be produced by Ireland is a drop in the ocean in comparison.”