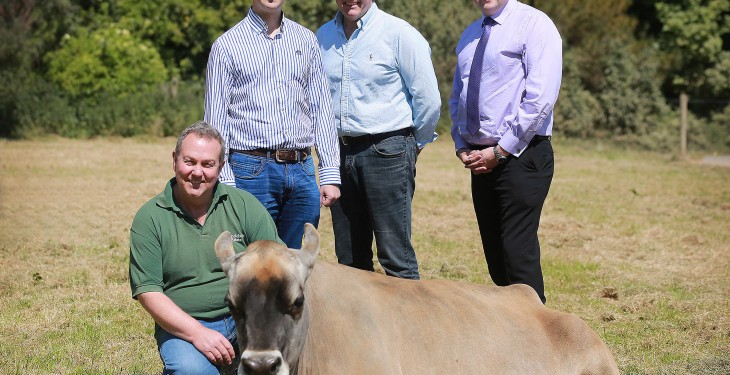 The 21 farms across the North opened their gates to help educate the public on the reality of farming and food production, successfully bridging the gap between rural and city life.

The event was organised by the Ulster Farmers’ Union (UFU) and first began in 2012. It is sponsored by Bank of Ireland.

Barclay Bell, UFU Deputy President, said that once again, Bank of Ireland Open Farm Weekend has proved to be a winner for all involved.

“We’ve been completely bowled over by the response from the public, particularly from families, as they’ve totally embraced the whole concept of the event.

Food and its provenance are so important today, and there’s no better way to bring this to life than by meeting local farmers and experiencing what they do on a day-to-day basis.

“For many, this was the first time they’d set foot on a real farm so it was a unique opportunity to learn about important processes such as growing crops and milk production.

“One mum actually said that since visiting Brian Knipe’s dairy farm in Ballymoney, she will have a lot more respect for the carton of milk in her fridge,” Bell said.

William Thomspon, Agri-Manager from event sponsor Bank of Ireland UK also extended his appreciation to the 21 farmers who made the event such a success.

“The farming community is at the heart of this initiative. We really appreciate their efforts in bringing the ‘farm to fork’ message to life by opening their gates and welcoming more than 21,000 visitors onto their land.

It is particularly special as they are not only opening their business to public scrutiny, but also their homes.

Food processors, local artisan producers and the retail sector also supported the farm to fork message by taking stands on the farms, explaining their connections to farming in the North, and sampling their product ranges, organisers said.

The North’s Agricultural Minister Michelle O’Neill was among the 21,000 visitors.

Speaking at a farm in Co. Armagh she said that people from both rural and urban communities have the opportunity to experience farm life and see at first hand the processes involved in producing our high quality food and learn more about our local farm to fork supply chain. 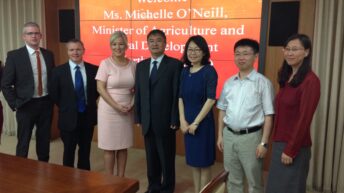 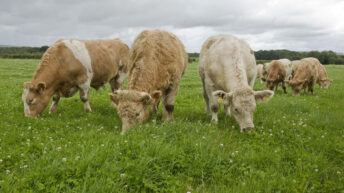