A pearl of wisdom for Irish oyster growers 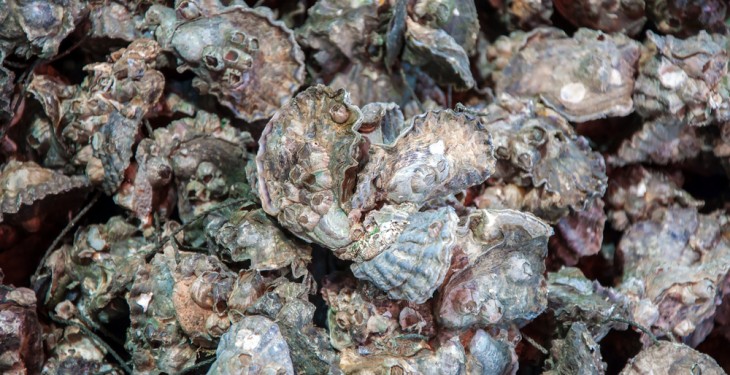 ‘Asia is the new growth area for marketing of Irish oysters, as global shellfish exports hit a €74m high this year’

A Bord Iascaigh Mhara (BIM)-organised innovation think-in for Ireland’s oyster growers took place recently as the industry experiences unprecedented demand from new markets with exports climbing from €25m to well over €40m between 2011 and 2013.

The opening event of Galway’s recent 2013 International Oyster and Seafood Festival, the conference attracted strong turn-out from Irish growers, who after France, now form the largest oyster grower group in the EU and are the star performers in Ireland’s shellfish exports for 2012/13 which reached a record €74m.

Irish oyster farmers produce around 9,000 tonnes each year with 86 per cent of production being exported to France, a target market, which according to BIM’s Aquaculture Business Development Manager, Richard Donnelly: “could be doubled for the Irish industry who in the last two years have seen prices go from €3,500 to €4,500 per tonne”.

Conference delegates heard how this growth opportunity for Irish oysters is not restricted to production increases. Product differentiation and branding are key to capitalising on growth opportunities in new markets where the demand for quality Irish oyster is rapidly accelerating.

Commenting on this encouraging trend, Donnelly said: “The Irish oyster industry has a tradition of selling directly to intermediate distributors in the French market. But this approach offers little brand recognition. Already, Irish oysters are sold at the quality end or ‘Spéciale’ segment of the French market. Our coastline with its excellent water quality is uniquely suited to the cultivation of quality oysters. We need to capitalise on that by achieving greater brand awareness. BIM is eager for producers to take control of the marketing process and work on developing their own identity particularly in the newer international markets such as Hong Kong and China.

“Building the Irish oyster brand awareness strategy has already seen some success. Irish Premium Oysters and Majestic Donegal Oysters are now becoming well renowned among discerning customers for their superior quality and taste. With new markets such as China and Asia opening up for Irish seafood exports strong branding is now an imperative,” added Donnelly.

Guest speakers at the conference included renowned oyster blogger, Julie Qiu (inahalfshell.com) who will give a consumer insight into current trends in the global oyster market.

Dollard Packaging led a session on the role of packaging in brand innovation, while Caroline Hennessy of Irish craft brewer, Eight Degrees Brewing, drew on her experiences of developing a brand in a highly competitive niche market.

In Ireland approximately 150 oyster companies employ 1,000 people with the top 15 companies accounting for nearly 70 per cent of production.