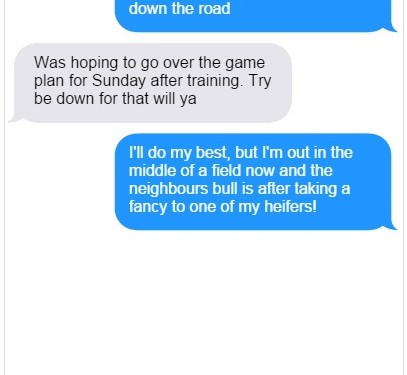 Every Rural GAA manager has at one stage in their managerial career received a text from one of the players on the panel with a farming-related excuse.

There’s been a pick-up in the weather of late, so with it will bring a pick-up activity on farms meaning GAA training falls to the end of the list of priorities.

Farmers are already busy with lambing and calving so there’s bound to be a few texts being sent this week with excuses for not making it down for an hour of drills and sprints.

We’ve compiled the best farming-related excuses known to man and woman for not making training.

1. The Cows Broke Out 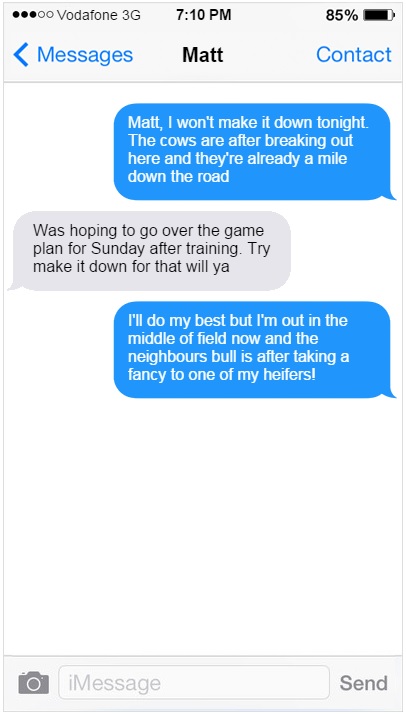 The classic excuse. Most managers are sure to have received this at least once! 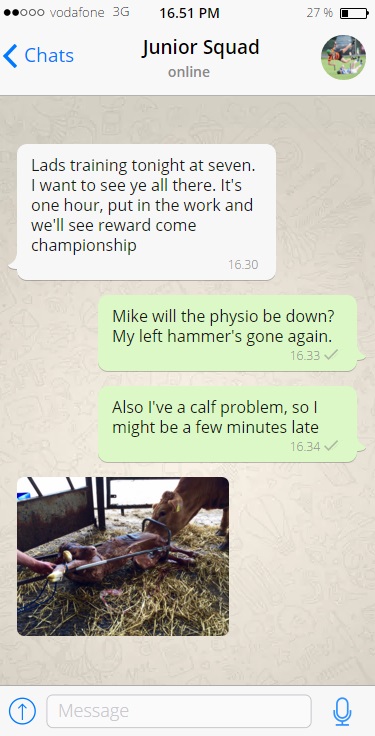 The cows are calving so that’s more than a good enough excuse in our book for missing training! 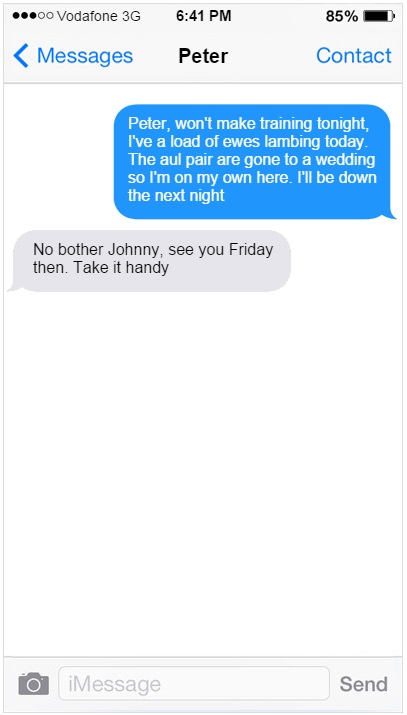 Not much to say here. It is what it is and at least the manager in this case was sympathetic. 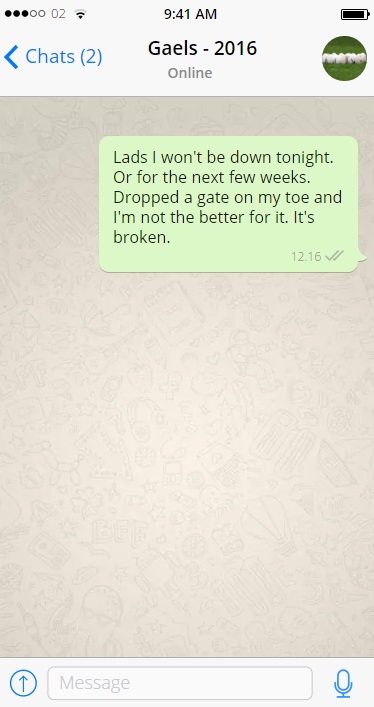 It happens the best of us.

You’re hanging a gate and you manage to drop it on your foot, in the process breaking your toe. Take a seat son, you’re on the bench for the next month! 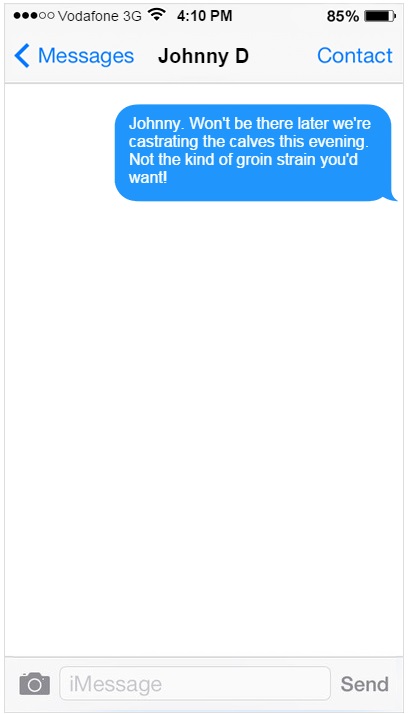 An unavoidable task on most farms. This is the kind of groin strain nobody wants. 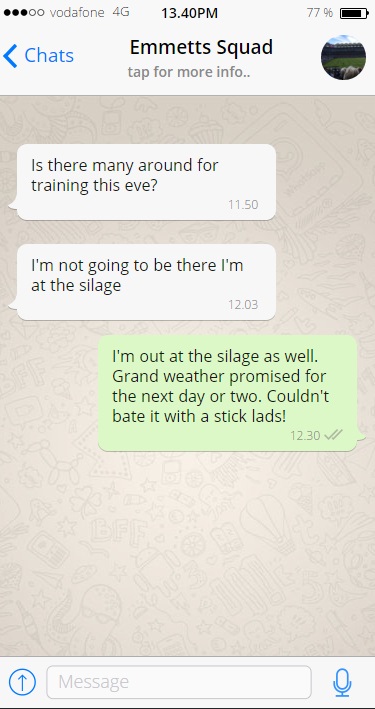 Probably the number one excuse for training to be called off – silage season. Often clashes with the leaving cert. 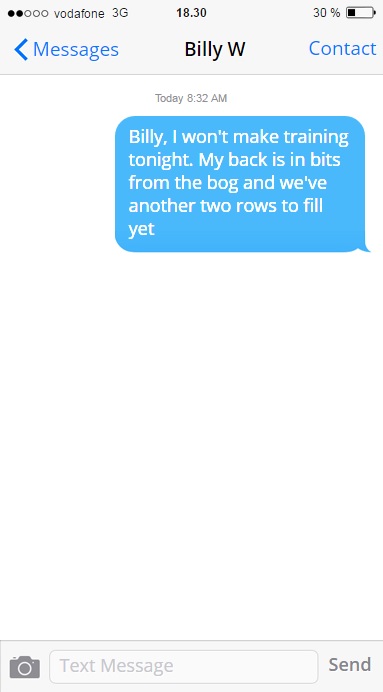 It’s the height of summer and the weather is as dry as it’s going to get.

Rain is promised in two days time and today and tomorrow are the only two days you’ll have the chance to bring home the turf. 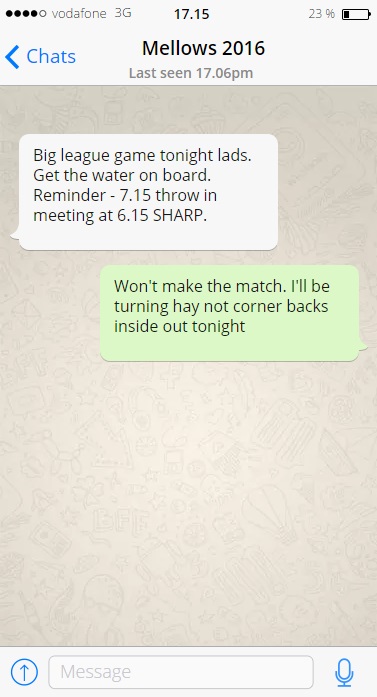 As much as you want to play the match there’s hay for turning. You played this opposition last year and you cleaned the corner back out of it.

Turn the hay, give the lad on the bench a run out, sure you’ll be the go to man for championship! 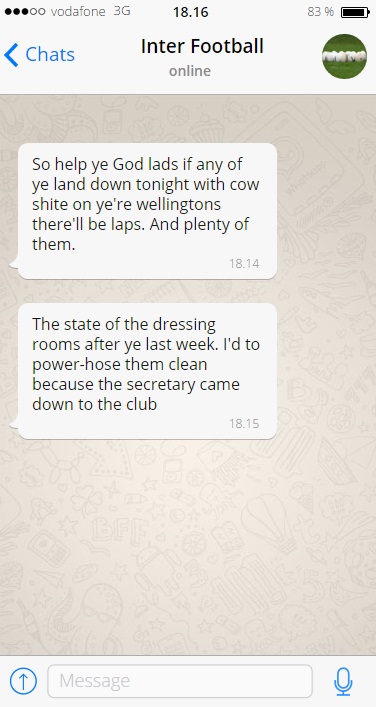 It’s mid-March and slurry season is upon you, as are the first few matches of the year.

While it’s not an excuse, the team manager knows only too well that a few will arrive down to training straight from the field- covered in dung.

Have you got a farming excuse of your own that’s let you avoid training? Send it in to us! 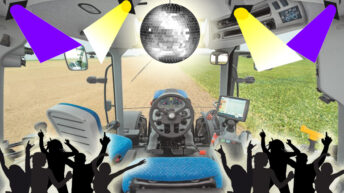