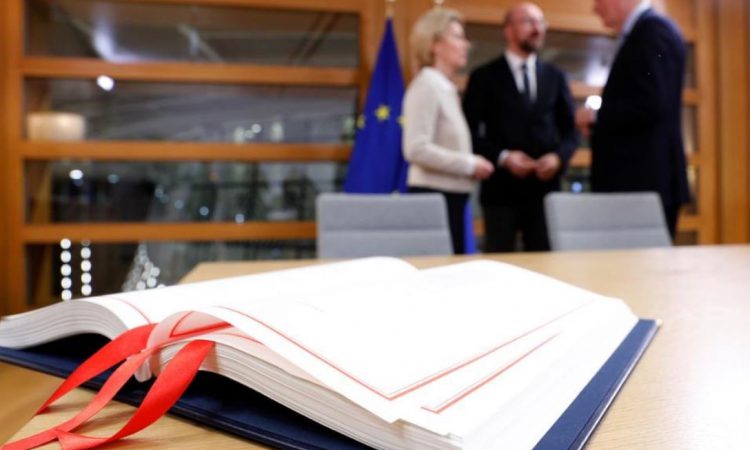 As it stands, Ireland currently spends about €2.3 billion per year contributing to the EU budget.

And in terms of the return, around 85% of everything Ireland receives on the back of this contribution is directly tied to the Common Agricultural Policy (CAP).

To be precise, this percentage equates to an estimated €1.6 billion per year.

This point was laboured by Tánaiste and Minister for Foreign Affairs and Trade, Simon Coveney, at an Irish Guild of Agricultural Journalists event – the Micheal Dillon Memorial Lecture – in Dublin last Friday night, February 21.

The minister was delivering this message whilst his commander-in-chief, Taoiseach Leo Varadkar, was holding high-level talks with EU leaders on the bloc’s next Multiannual Financial Framework (MFF) for 2021-2027 in Brussels.

These talks – which included the tabling of a proposal from EU Council President Charles Michel to drastically cut the CAP budget from between 14% and 19% – subsequently failed without an agreement being reached over the weekend.

Speaking to agricultural journalists, Minister Coveney outlined the state of play in terms of the EU’s asks; and the Irish Government’s position when it comes to addressing the EU budget’s collateral damage post-Brexit.

“Given the growth rate of the Irish economy and the ask from the EU Commission we would be increasing our contribution to about €3.4 billion.

“We’re not going to accept that.

“We are willing to contribute more; but we are not willing to do that and, at the same time, accept a significant reduction in the CAP budget,” he said.

When asked about the possibility of redirecting payments from the Irish Government to supplement any possible cut in CAP payments, the minister said such a move would be “the easy out”.

“We should never use our own resources to top-up CAP, particularly on Pillar II which is to do strategic things for Irish agriculture around efficiency, protecting the environment, climate, animal husbandry and profitability.

Our stated aim here is to accept that Ireland will contribute more – but only if we protect the most important element of the EU budget for us – which is CAP.

“Increasing our contribution will also mean recognition of the fact that Ireland has become one of the wealthiest countries in the EU in terms of increase per capita.

“We’ll shift from being a ‘net recipient’ to being a ‘net contributor’ in terms of EU budget; that reflects a positive change in the Irish economy – not that the electorate appreciated it, but that is the reality,” he said. 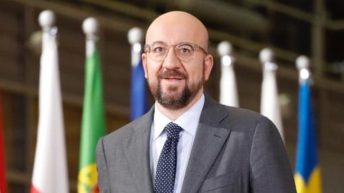