Over 8,000 new season Northern Irish lambs have been slaughtered in the Republic of Ireland over a two week period.

Recent figures from the Livestock and Meat Commission (LMC) show that 4,013 lambs crossed the border for direct slaughter in Irish sheep plants during the week ending May 7.

A similar number of lambs were imported from Northern Ireland the week previous.

Meanwhile, the LMC reports that spring lambs accounted for 80% of the hogget/spring lamb slaughterings in the north during the week ending May 7, as the hogget season comes to an end.

And, despite the number of lambs shipped down south, it says that Northern Irish plants have reported steady supplies, with just over 4,600 slaughtered during the week ending May 7.

Why are more Northern Irish lambs crossing the border?

The increase in Northern Irish lambs crossing the border for slaughter comes on the back of lamb prices in the North dropping 10.9p/kg (14c/kg) during the week ending May 7, the LMC reports.

However, the Irish spring lamb prices have remained relatively steady over the past three weeks, with the majority of processors quoting base prices of 550-560c/kg.

This means that lamb prices either side of the border are almost on par, with Northern Irish prices just 0.7p/kg or 0.89c/kg dearer than Irish lambs. 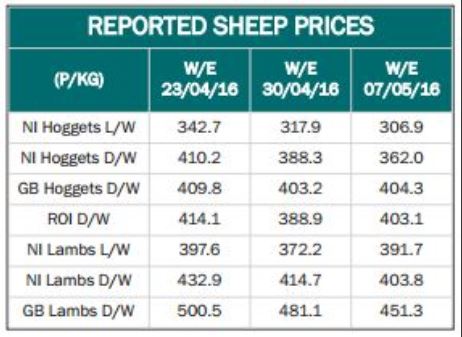 Changes in the currency markets are also likely to have had an impact. Since the beginning of the year, Sterling has weakened considerably.

The latest figures from the European Central Bank show that €1 purchased 79p last week. Back in the first week of the year, €1 bought 74p.

A weaker Sterling means that Northern Irish lambs are cheaper for Irish buyers and this was potentially another reason for the rise in the number of lambs shipped from the north for slaughter in Irish factories.

Changes in the value of Sterling since the beginning of 2016 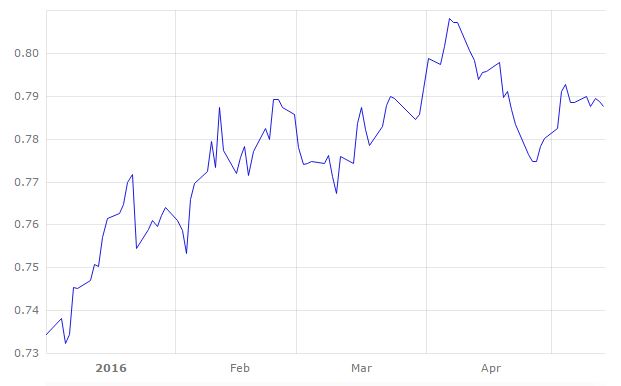