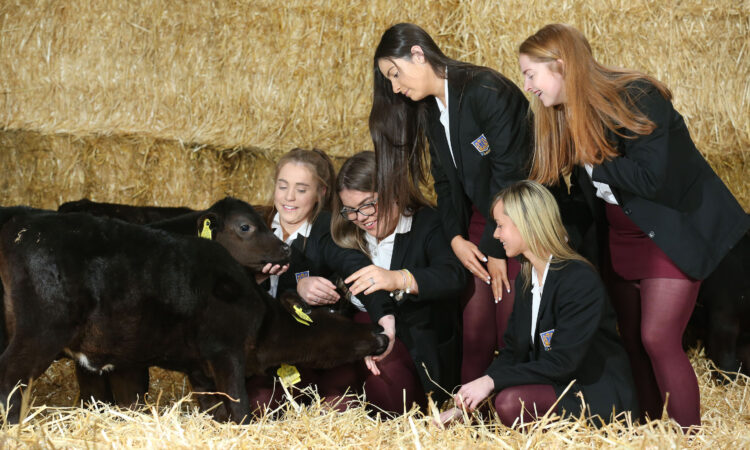 Students from five schools have been selected in the upcoming run of the Irish Angus Producer Group’s calf rearing competition.

The Certified Irish Angus Beef Schools Competition, run in association with ABP and Kepak, will see the second-level students given an Angus calf to rear for the next 18 months.

Yesterday, Wednesday, May 1, these students met their calves for the first time, after earlier presenting their plans for the project in front of a panel of judges at an event in Croke Park.

The competition is aimed at providing young people with an understanding of the “care and attention that is required” to produce high-quality beef.

“We were delighted to bring our students to Dovea Genetics in Thurles [Co. Tipperary] to meet their calves for the first time. It is so encouraging to see such enthusiasm and ambition from students right across the country,” said Charles Smith, general manager of the Irish Angus Producer Group.

The challenge will begin in September, and the five sets of students will rear the animals over the following 18 months until slaughter in 2021.

As well as that, the schools will each complete a project on a different issue:

The most recent winners of the competition were announced in March.

Five students from Laurel Hill Secondary School in Limerick City were announced as winners of the 2018 competition at an awards ceremony in Croke Park on Thursday, March 14.

Remarkably, none of the five students involved came from a farming background.

However, at the award ceremony, Smith said that they were selected for their “work ethic, commitment and interest in the project they were given”.

“None of them have a farming background or any agricultural knowledge; yet they fully embraced this project and excelled in its delivery,” said Smith. 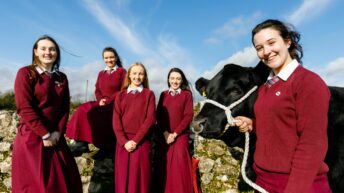