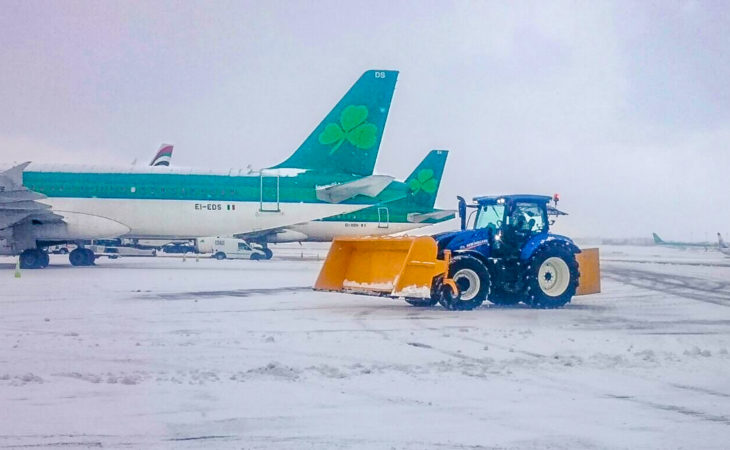 41 New Holland tractors from WR Shaw in Tullamore are working 24/7 to clear the snow from Dublin Airport. Not only that, but three of the company’s service technicians are standing by to ensure these tractors don’t miss a beat.

Stephen McEvoy, Kevin McGrath and Kevin Egan have been at the airport since Tuesday. The three are on stand-by to service and monitor the tractors.

However, they say they don’t have many repairs to do. Instead, they have been busy attaching and setting up snow ploughs and snow brushes for the tractors – ensuring that they are running correctly and as efficiently as possible.

They have also been operating some of the tractors – to take pressure off airport staff. 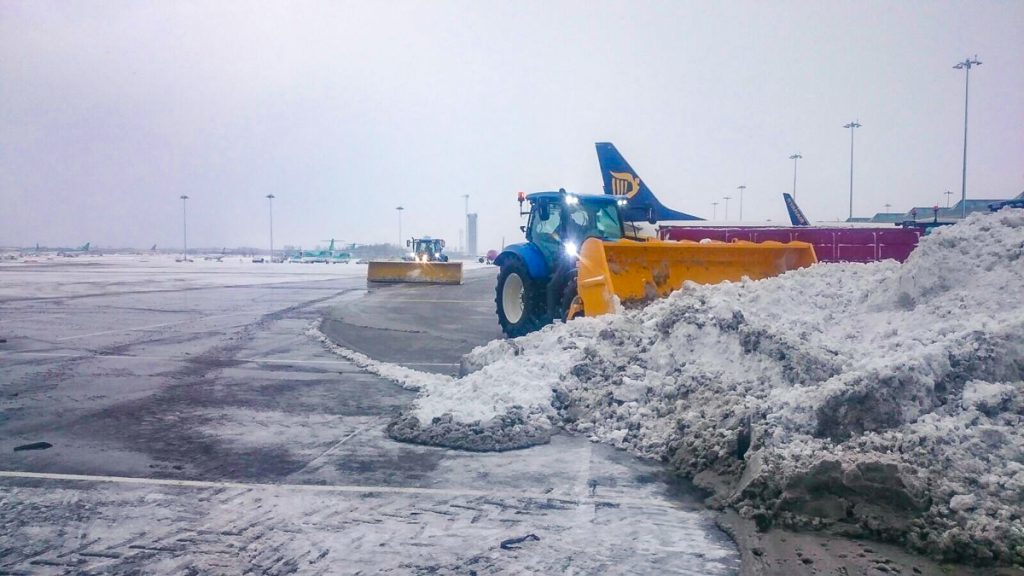 All three have been staying nearby and will remain at the airport until the snow has disappeared. The WR Shaw crew is typically working from 7:00am to at least 7:00pm. 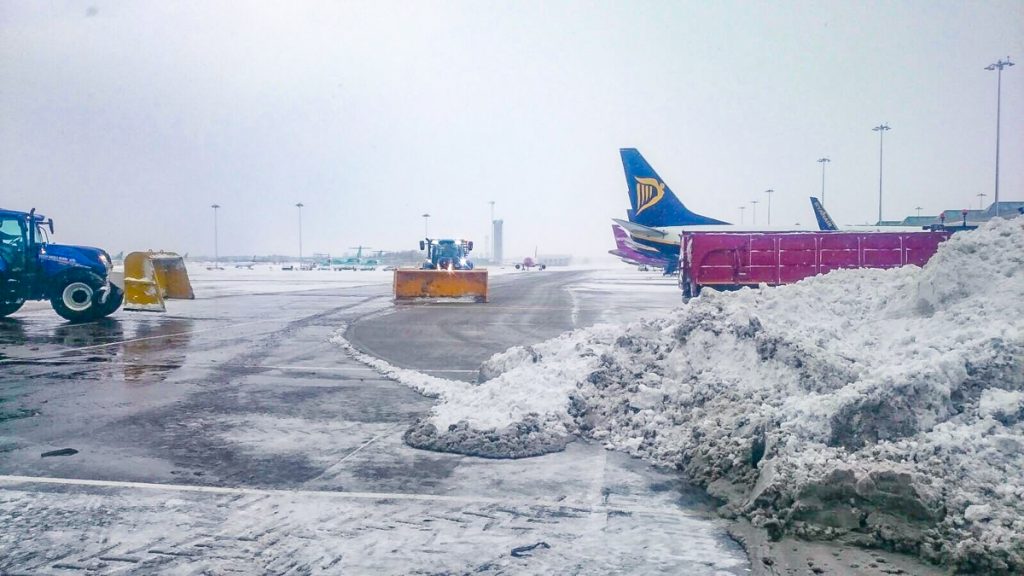 Speaking to AgriLand Stephen McEvoy said: “We’re up here on stand-by. If there’s any issue with the tractors we’ll fix them and get them going as quickly as we can.

We’re also doing some maintenance on some of the other machines, just to give everyone a hand. We’re driving some of the tractors when we’re quiet. 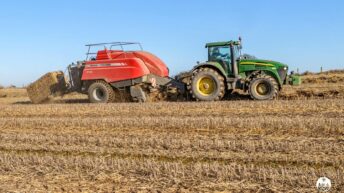 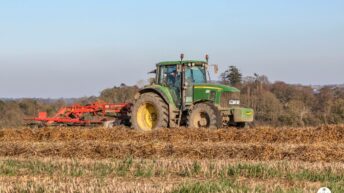 Beast from the East New Holland Snow
Loading Next Story