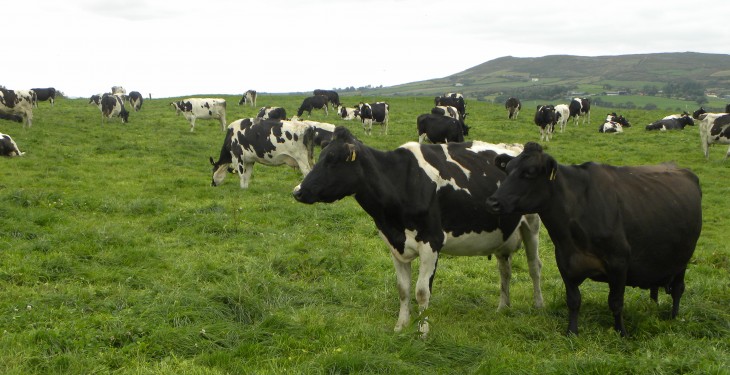 But why has the uptake of crossbreeding been so low on Irish dairy farms?

Teagasc’s Dr Donagh Berry said that it is a habit more than anything.

“There is a tradition associated with Holstein Friesian (HF) breeding in Ireland. It is the breed farmers know and have milked for years.”

The reduction in milk yield has also been viewed with stigma by many dairy farmers but Dr Berry added that any loss in yield is regained through additional solids production.

“Farmers were afraid to crossbreed during the quota era due to reduced milk yields.

He also cited beef as a contributor to the slow uptake of crossbreeding in dairy herds.

“Beef still contributes to the incomes on dairy farms, with cull cows and beef calves accounting for approximately 10% of the income.”

However, crossbreeding has the potential to generate €200 profit through additive effects from heterosis.

According to Teagasc research, when a high EBI Jersey sire (€250) is crossed with a HF dam the daughters generated from this cross will have an increased profit/lactation of €450.

This essentially means that a HF bull with an EBI of €450 would have to be used to generate heifers capable of generating similar profit levels.

Dr Berry added that the additional benefits generated from heterosis are halved in the second generation and will fall to €100.

He also said that farmers using high EBI HF bulls may benefit more on the second generation then farmers who have cross bred.

He also said that the EBI is now achieving the fertility performance that cross breeding once did.

“Health and fertility were major problems and cross breeding was seen as a method to reduce these issues. The alteration of the EBI has resolved this issue.”