32-county trip for organ donor awareness – on a Ferguson 20 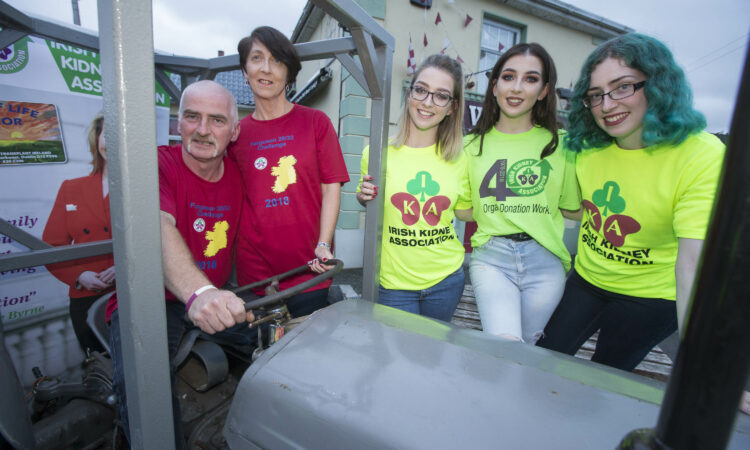 A vintage tractor enthusiast is set to undertake a trip to raise organ donor awareness through the 32 counties – ‘The Ferguson Challenge’ – on his 63-year-old tractor.

Paul Palmer from Ballyouskill, Co. Kilkenny, will hit the road on his 1955 Ferguson 20 to highlight the work of the Irish Kidney Association and renal awareness groups in Northern Ireland.

‘The Ferguson 20/32 Challenge’ will take in a journey of close to 1,500km. Paul will leave from Kilkenny Castle, Kilkenny city, today (Saturday, July 28) towing his self-made wagon. The crowd will gather at the Parade at 11:00am and move to the castle at 12:00pm for departure at 1:30pm.

‘The Ferguson 20/32 Challenge’ was launched at the Wheel Inn, Ballyouskill, on July 20. Among the attendance were: Paul’s wife, Frances; their daughters Rachel, Grace and Gemma; members of his extended family; and friends.

Supporting the event were representatives of both the Kilkenny branch and Laois branch of the Irish Kidney Association.

Paul’s ‘backroom team’ which is helping with planning, logistics and promotion on his challenge, includes his daughter Rachel; his brothers John and Jimmy; and friends Eddie Sherlock, Pat Comerford and Ger Dunphy.

Displayed outside the venue was Paul’s prized Ferguson 20. The tractor can travel at a maximum speed of 25km per hour.

Paul, a self-employed builder, has built a wagon akin to a shepherd’s hut which will be towed along, providing a place for him to rest and refresh after his daily travels.

He will head south first and take in a friend’s wedding in Charleville. Co. Cork, on August 2 before he makes his way around the rest of the country in a self-funded expedition which is expected will take over a month to complete before he returns to Ballyouskill.

Paul is confident that while raising organ donor awareness he will enjoy the hospitality of communities and individuals along his journey and that they will allow him to pitch up his tractor and wagon on private land, including farmland.

He will be distributing organ donor cards and will share his experiences along the way on social media including the Facebook page ‘The Ferguson 20/32 Challenge’.

My passion for vintage tractors was sparked many years ago when my late father bought a 1950 Ferguson which I really enjoyed driving on the family farm. I was the second-last child in a family of 15 and we all had to find our own way in the world. I became a builder but I kept up my interest in farming, machinery and vintage tractors.

“I still enjoy making hay the old-fashioned way with my old tractor. By doing so, it connects me to the land which is very self-fulfilling and therapeutic.”

Paul had pledged to make a difference after reaching his 50th birthday. “I’m hopeful that my old Ferguson will be able for the challenge and that we complete it before my 51st birthday on September 14.

“Sure maybe we will make a special appearance at the National Ploughing Championships which also takes place in September.”

He said he was motivated to take on the challenge because of the plight of a relative who has been undergoing dialysis treatment while waiting for a kidney transplant.

“There are over 2,000 people in Ireland receiving dialysis treatment and there are over 500 people on transplant waiting lists for hearts, lungs, livers and kidneys.”

His decision to focus on increasing awareness for organ donation and back the Irish Kidney Association and renal support groups in Northern Ireland, he said, seemed obvious. “I hope that by travelling the length and breadth of Ireland and making stops on the way, I can help to spread the word about the huge importance of organ donation.

“By doing this challenge, my goal is to inspire more people to carry organ donor cards and give hope to those people on transplant waiting lists in Ireland.

If my effort results in even just one life being saved through organ donation, then I will have fulfilled my aim to make a difference.

Anyone wishing to make a contribution to Paul’s challenge  can do so directly to the Irish Kidney Association on Facebook.

You can also indicate your wishes to be an organ donor on your driver’s license which is represented by code 115. 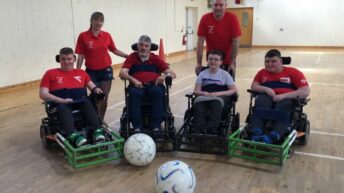