300ha of forestry hit by fires over June bank holiday

Some 300ha of forestry were hit by forest fires over the June bank holiday weekend, in the midst of a prolonged dry spell of weather.

During that weekend (Thursday, May 28, to Monday, June 1), the Department of Agriculture, Food and the Marine had a ‘condition red’ forest fire danger rating notice in place.

Damage assessment of the affected areas of forestry is ongoing, and the department says that the 300ha figure could be revised downwards as sites are examined by forest managers in more detail.

A large proportion of this area is thought to be owned by Coillte. However, areas of private forestry are also thought to be have been affected, the extent to which is being accessed, according to the department.

The department is urging forest owners to check their properties that may have been damaged in the last week or so, and to report any damage or losses to the department as soon as possible.

According to section 12 of the Forestry Act, 2014, owners are legally obliged to report damage within six months of it happening.

The worst affected areas were in counties Kildare and Louth, which saw sustained fire suppression operations over several days. Other significant fires occurred in counties Galway, Mayo, Leitrim and Sligo.

The full financial cost of the damage has not yet been assessed, the department said.

The department “strongly encourages” private forest owners to avail of private insurance for this type of damage.

With a prolonged dry spell over the last few weeks giving rise to risks of not only forest fires, but also restrictions to grass growth, what does the weather have in store going forward?

Cool and changeable conditions are expected through the coming week but the weather will turn milder towards the weekend, according to Met Éireann.

Today and much of tomorrow look to remain mostly dry; however, rain is expected to arrive tomorrow evening, and it will remain unsettled through the rest of the week, bringing some further rainfall – especially to the east and south-east where above-average rainfall is forecast. 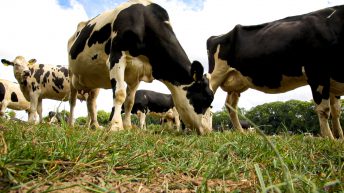