New Holland Agriculture has announced a significant milestone, revealing that it has produced 30,000 large square balers since it entered the segment in 1987.

The landmark BigBaler 1290 Plus was produced at the New Holland Agriculture plant in Zedelgem, in northwest Belgium, where the company focuses on developing and building combine harvesters, balers and forage harvesters for global export.

The 30,000th baler bears a commemorative decal created by New Holland to celebrate the milestone. 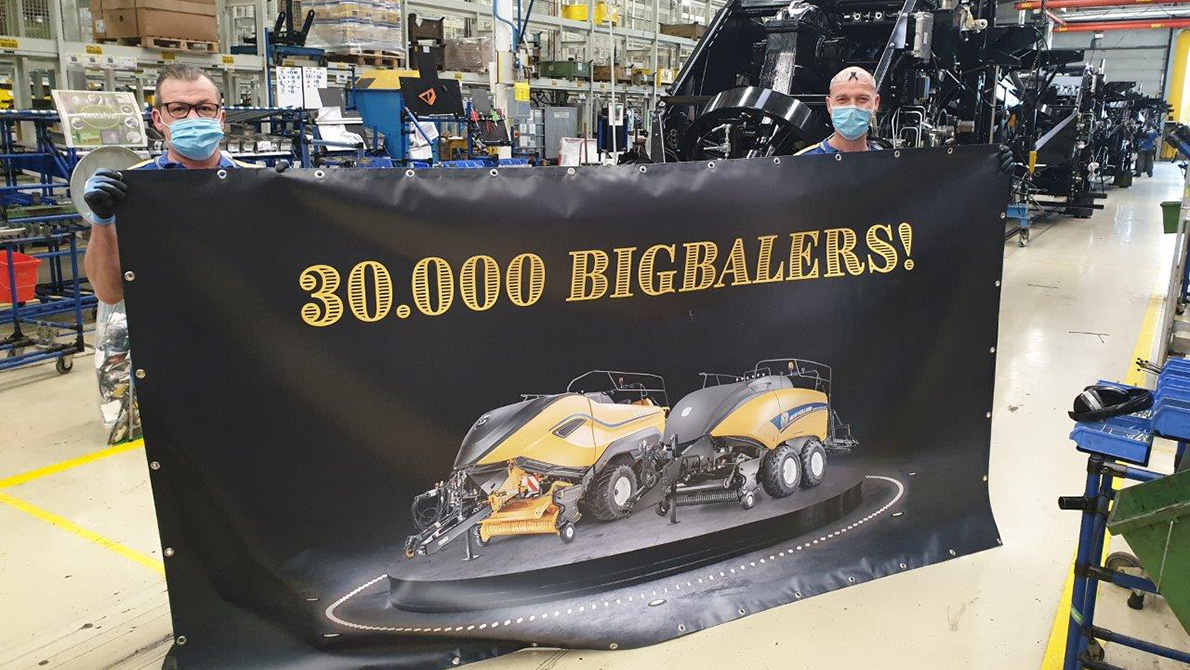 Looking at the most modern baler, New Holland’s BigBaler Plus features technologies such as the SmartFill sensor for uniform bales and IntelliCruise which controls the tractor’s forward speed, “increasing productivity, optimizing capacity and delivering ultimate bale uniformity”, the machinery giant claims. 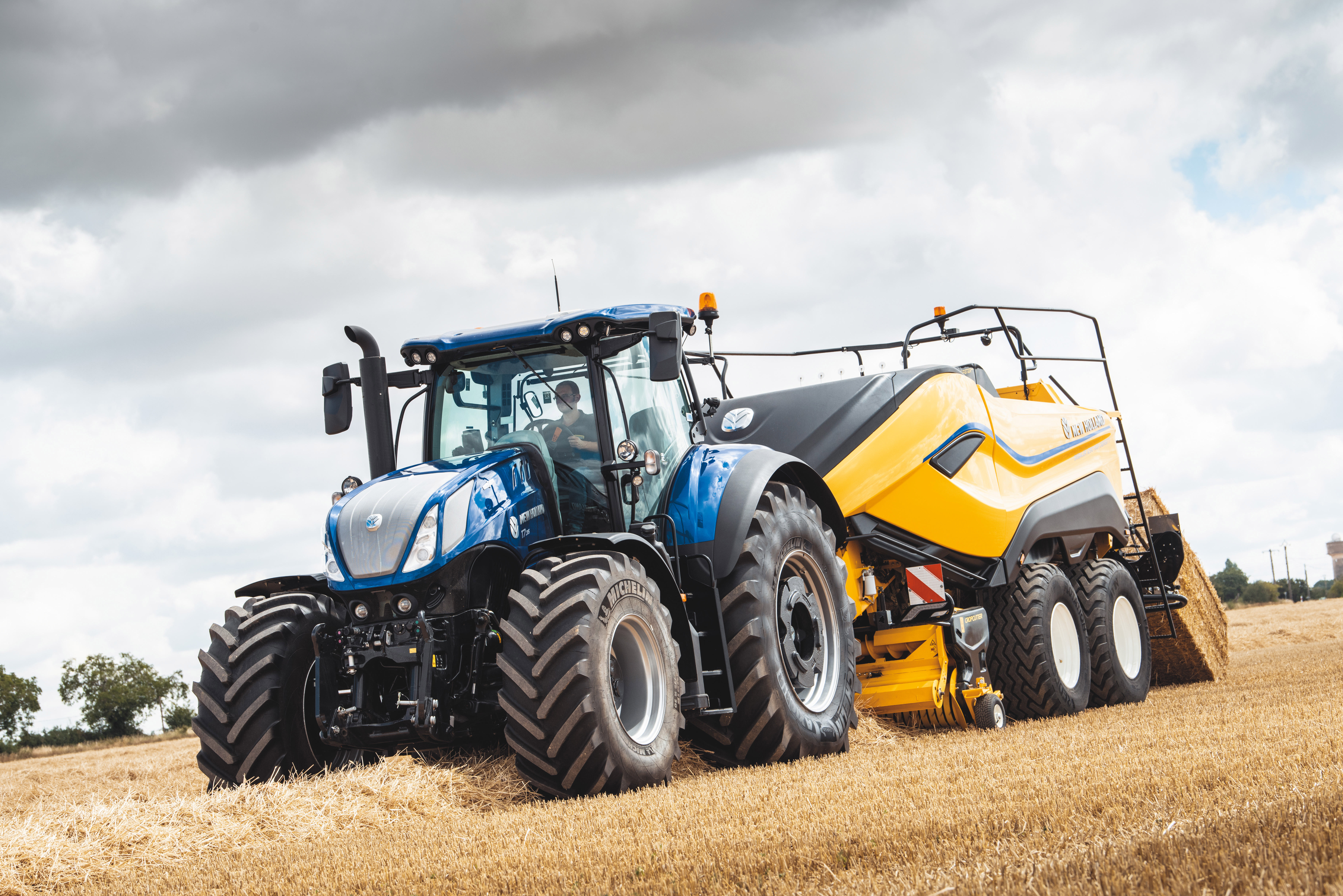 The BigBaler High Density introduced two features: the SmartShift gearbox, winner of the Agritechnica Silver Medal at the Agritechnica Innovation Award 2019; and the Loop Master knotting technology: the first commercialized double knotter in the world that prevents plastic pollution.

The high-density baler was also crowned Machine of the Year 2020 in the Forage Harvesting category by a jury panel of journalists representing a number of European agricultural publications.

According to the firm, New Holland’s “Zedelgem Centre of Harvesting Excellence” has been at the centre of the harvesting world ever since Leon Claeys first opened his machinery shop in 1906. 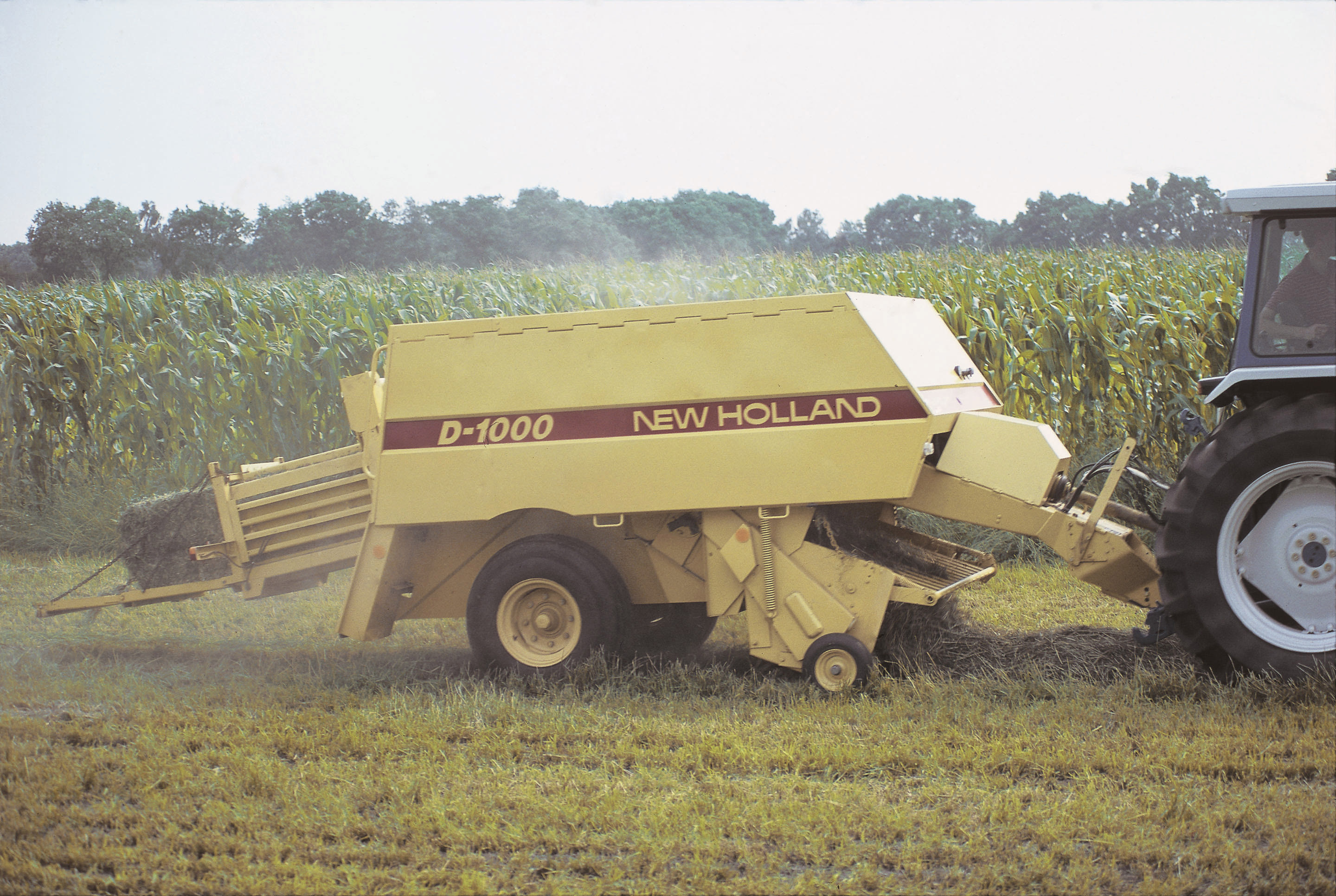 A glance back in time to earlier New Holland balers

The BigBaler large square balers are designed, developed and produced in this facility, as well as New Holland’s flagship combine harvester ranges and forage harvesters.