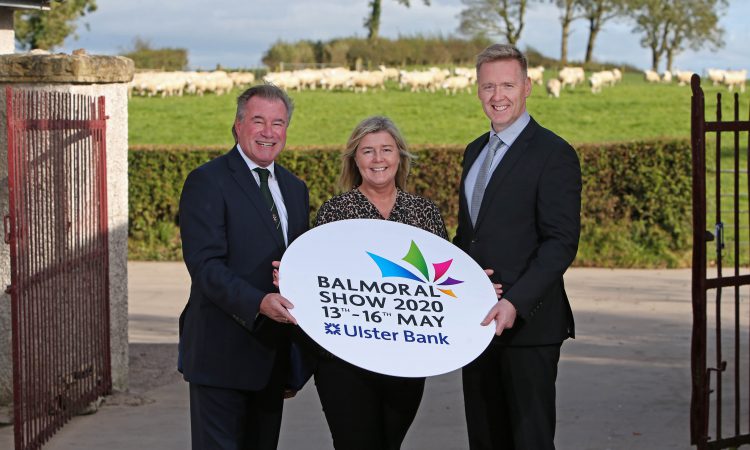 Ulster Bank has announced it will commit to a new three-year sponsorship deal to continue its support of Northern Ireland’s largest agricultural event, The Balmoral Show.

The announcement, which was made at Cloughbane Farm, one of Ulster Bank’s leading agri-food customers, will see the partnership extended until 2022.

As principal sponsor of the event since 2009, Ulster Bank has raised the show’s profile and helped it grow from strength-to-strength throughout the last decade.

Making the announcement, Ulster Bank’s Head of Northern Ireland, Mark Crimmins, said he was looking forward to continuing the bank’s close and long-standing association with the show.

“The Balmoral Show is one of Northern Ireland’s leading events, both in terms of economic importance and popularity and we are proud to be so closely associated with the event.

“Renewing the sponsorship of the Balmoral Show underpins Ulster Bank’s commitment to the local agri-food sector and we look forward to strengthening this relationship as we move into the next phase of our sponsorship.

Of course, these are challenging times for many farmers and we see our sponsorship as further reassurance to our agri-customers that we are here to support them through the good times and the more difficult times.

“Such challenges only reinforce the significance of the show to the wider industry as it provides a place for farmers and producers to meet, share experiences and seek the support they need for the year ahead.”

Show organisers from the Royal Ulster Agricultural Society (RUAS) were also in attendance at the event and welcomed the extension of the sponsorship agreement.

RUAS chief executive Alan Crowe said: “The Balmoral Show has undergone many major and positive changes in the last 10 years and Ulster Bank has been a firm partner through that journey.

“We relocated the show out of Belfast city to Balmoral Park in 2014 and reintroduced the four-day format in 2017.

The addition of a Saturday to the schedule allowed us to attract over 120,000 visitors throughout the four days and to attract a new audience to the show.

“Going forward our aim is to continue to grow and widen the show’s appeal, and to do so we rely increasingly on the support and strategic guidance from our principal sponsor, Ulster Bank.”

Also at the event were members of the Guild of Agricultural Journalists who spent the morning hearing about Cloughbane Farm and how the company’s growth has been supported by Ulster Bank.

Mark Crimmins added: “Our activity at the show over the last number of years has focused on positioning Ulster Bank as an ingredient in our customers’ successes, so it’s fitting that we have gathered at Cloughbane Farm today as a further extension of this pledge.”

The 2020 Balmoral Show in partnership with Ulster Bank takes place from May 13-16. 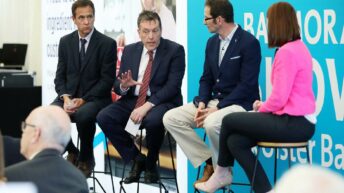