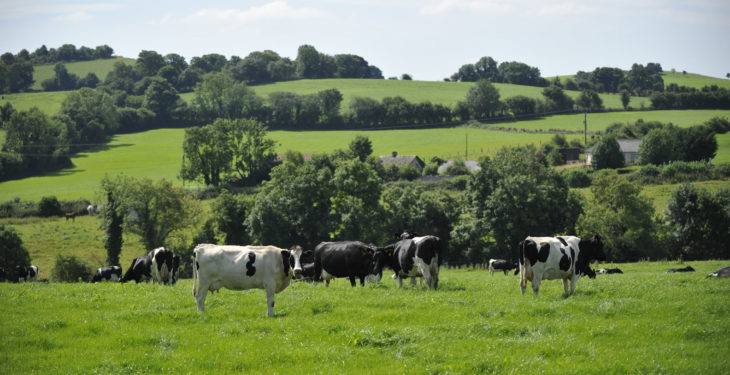 The farmers in question are located in the counties of Tipperary, Westmeath and Waterford; each runs a unique system and two of the three farmers are recent converts from beef farming.

New entrants from beef to dairy

Eric Wallace always knew there was going to be dairy cows milked on his farm; he just wasn’t sure whether they were going to be his own cows or the neighbours.

Hailing from Templederry, Nenagh, Co. Tipperary, he had built up a sizeable suckler herd of 70 cows over the years. However, he always believed that dairying was the only way forward for his 150ac farm.

Working full-time with the Department of Agriculture, Eric and his wife Siobhan have two children – Elliot and Hariett. The combination of full-time employment and family commitments meant that spare time was scarce. So, the decision was made to convert to dairy and invest in a Lely Astronaut A4 robotic milking system.

Wallace touched on his experiences of starting up with robots, saying: “The first two months were demanding enough.

“We started with 70 cows (mainly heifers) and calved them one-by-one onto the robot. It took them a while to get the hang of the robot and the Grazeway gates and we spent a lot of time training them. 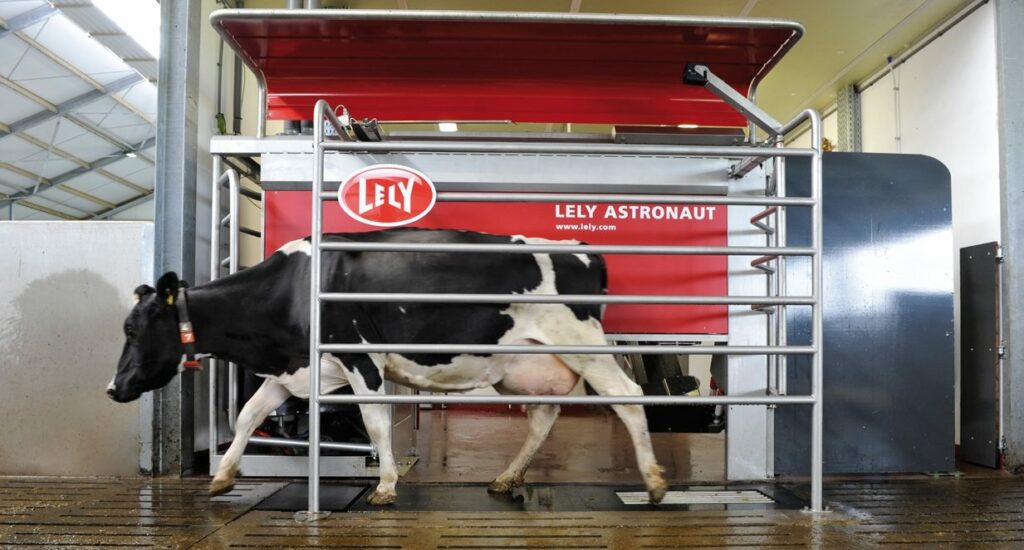 “However, they have all settled well and things are flying here. We are operating an ABC grazing system, which ensures the cows are offered fresh grass every eight hours.

The system is very good and user friendly. I dial in remotely and only use it when I need it. I can’t believe how quiet the cows are. Visitors to the yard have often commented on how healthy and contented they look.

Wallace continued: “Overall, I have no regrets. The first few months were very frustrating waiting for all the cows to calve down and adjust to the system.

“One really needs help at the start to get cows pushed through the system and I was lucky I had my farm manager, Michael Carroll, to keep an eye on things when I am away.

“The team of engineers from the Lely Center in Mullingar are very helpful; they offer 24/7 backup and are accessible anytime.

“As regards the robot itself, there is really no work to it and it’s singing away now,” he concluded.

Eric and Siobhan Wallace will host an open day on their farm at Templederry, Nenagh, Co. Tipperary, on Tuesday, October 24. The open day will run from 11:00am to 4:00pm.

The farm will be signposted from the R498 – the Borrisoleigh to Nenagh Road. Click here for more information

Making the switch from beef to dairy

The Glennon family are new entrants to dairy farming, having come from a suckler-to-store system. With the abolition of quotas, along with family support and a burning desire to milk cows, they began milking last February.

Operated by Liam Glennon, 150ac are farmed in total; 50ac of this farm is allocated to his new herd of 70 spring-calving cows.

Based in Dysart, Co. Westmeath, the Glennons started off with 45 heifers and 25 cows; all of these are British Friesian / Holstein Friesian cross.

Calving started in February and cows were let out to grass from mid-February onwards. Herd average is expected to be 5,500L/cow at 3.5% protein and 4.2% fat.

On choosing Lely robots, Glennon said: “I always wanted to milk cows, but felt it was too costly to enter over the years with quotas. We have a good block of land here and, bar the Single Farm Payment, the returns from beef were poor.

We enjoy GAA and rugby and wanted the flexibility to attend matches, plus we didn’t want to be tied to the milking process – twice a day – for the rest of our lives.

“We chose Lely as it provides a lot of knowledge and support – particularly when it comes to grazing.”

Glennon continued: “My first year has been demanding enough starting out. We started with 70 cows and it took them some time to get the hang of the robotic milking system and grazing.

“We spent a lot of time training cows and they fully understand the system now and are moving very well.

“We are operating an AB grazing system, which ensures the cows are offered fresh grass every 12 hours. They are currently averaging 16L/day on 3kg of concentrate over two milkings at the moment; we are very happy and contented.”

Although Glennon started with 70 cows, his intention is to expand to 120-130 cows in the next few years.

“We have the land available to use and I plan to start reseeding to allow this expansion. We already have a lot of the roadways, fields fenced and paddocks – so we are well set up.

The increased workload isn’t worrying me at all; bar the calvings, there shouldn’t be any more work really.

“Once the farm is set up and well laid out, the Lely Astronaut will milk the cows and allow me time to attend to the other stuff,” he said.

With almost eight months experience under his belt, the Westmeath-based farmer spoke about the data generated by the Lely robot.

“You have to engage with the robot, as it will only milk your cows and give you information. You have to learn the basics and work with the machine to get confidence in the system.

“Reliability and performance is much better than originally anticipated and there is virtually no down time.

Doing the simple daily basic tasks, such as: cleaning the laser; washing down the arm; changing the filter sock; and checking the health cow lists, makes life easier as you can nip any problems in the bud before they occur.

“Overall, we have no regrets, everything has worked out as we imagined. It’s been a great year for grass and milk prices and apart from the recent poor weather, it’s been a good year overall,” he concluded.

The Glennon family will host an open day on their farm at Dysart, Mullingar, Co. Westmeath, on Wednesday, October 25. The open day will run from 11:00am to 4:00pm.

The farm will be signposted from the R391 – the Mullingar to Horseleap Road. Click here for more information

Switching to robots in Co. Waterford

David and Helen Murphy – along with their children Jenny, Bridget and Andrew – farm in Rathmaiden, Kilmacthomas, Co. Waterford.

Murphy became the proud owner of the first Lely Astronaut A4 milking robot in the south east, which was installed in January 2013.

Murphy explained why he chose a Lely robot, saying: “When I was researching robotic milking, Lely seemed to be the only company that was committed to making it work on a grazing farm.

After visiting a number of Lely robot farms around Ireland, I was confident it would work well for me. Every Lely customer that I spoke to was very happy and that tells its own story; it gave me great confidence to push ahead even though I was going to be the first in the area.

“In the beginning I was terrified but, after the first year, when I realised that the milk yield hadn’t dropped, it gave me huge comfort.

“I knew then it worked for definite. My aim is to maximise the potential of the system and have a steady flow of milk throughout the year,” he said.

Murphy is on a winter milk contract with his local creamery. This system has its challenges in a conventional system. However, he believes that there are some key benefits when milking automatically.

“For me, the key benefit is the labour saving element. 2013 was the first Christmas day in over 30 years that I didn’t have to milk cows.

“This used to be a huge burden that no longer exists. I am not paying for labour and good, reliable labour is like a treasure – it never lasts and everyone wants it.

The reliability of the machine and the information it provides far outweighs any other options that were available to me. The return from winter milk production feels much more attractive when the Lely Astronaut is doing the milking for me.

‘’I found it difficult getting my head around the AB grazing system; especially as I was coming from a traditional habit of guiding cows around and closing paddocks myself after milking.

“Now, having learned, I feel very confident when allocating grass to suit the system. I buffer feed with good-quality silage and this helps me reach consistent production figures throughout the year,” he said.

David and Helen Murphy will host and open day on their farm at Rathmaiden Farm, Kilmacthomas, Co. Waterford, on Thursday, October 26. The open day will run from 11:00am to 4:00pm.

The farm will be signposted from all major routes close to the farm’s location. Click here for more information