The region’s team of around 10 young breeders and five calves managed to clinch several of the weekend’s top positions.

The All-Britain All-Breeds Calf Show is one of the most hotly contested dairy young stock events with 23 teams from all across the UK taking part.

More than 200 young breeders and 350 calves took part. Competitors must win their regional qualifiers to be able to enter.

Andrew Patton from Newtownards, Co. Down was one of the Northern Ireland Holstein Young Breeders taking part.

Patton said he was pleased with how the two heifers had got on, with both finishing their classes in fourth at the weekend.

He said: “I bought Dalevalley Solomon Lulu at the Promise of Protein sale in Ballybay, Co. Monaghan in June. I go every year with my dad and a few other Holstein breeders. She was a nice heifer and just caught my eye; I thought she had show potential so I decided to buy her.

The other heifer – Ards Solomon Fame – is home-bred but her grand-dam was also bought in from the South.

“I bought her as first-choice calf at a sale down in Arklow, Co. Wicklow. The family has done very well, her dam is just fresh-calved again and is an Excellent 91 now.

“Soloman Fame is a big heifer with good dairy qualities, and hopefully we’ll be taking her out to the Winter Fair in December.” 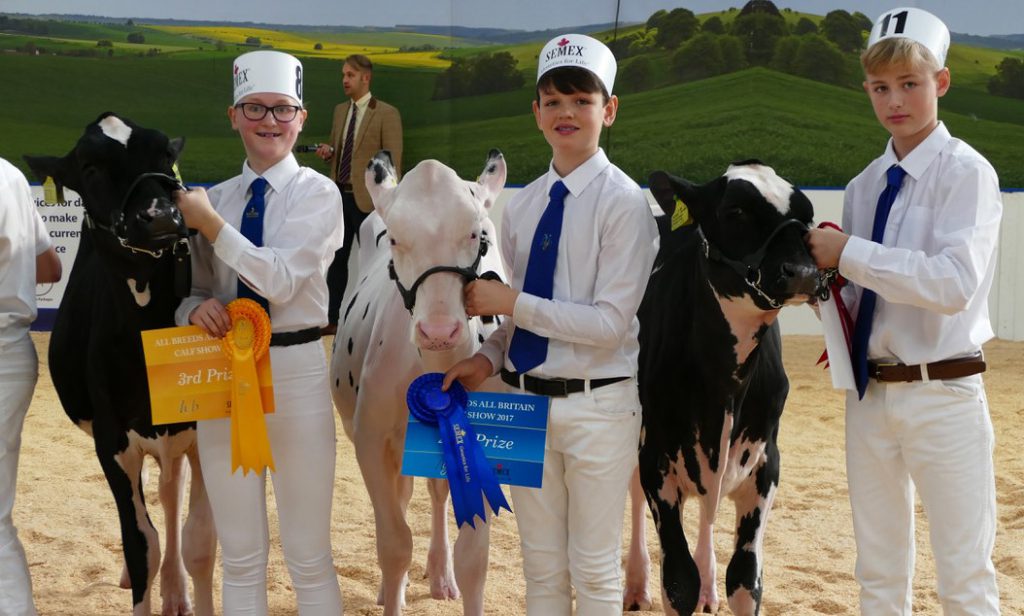 It was Co. Antrim young breeder Amy Gregg’s first time taking part in the All-Britain, but she managed to win one of the highest placings for Team Northern Ireland.

Co-ordinator Leiza Montgomery said: “The team had a very good performance this year with both the calves and the handlers.

The classes are very competitive – there are maybe 25-30 in each ring so to have nearly everyone finish in the top 10 was a real achievement.

“We also put a lot of effort into our stand this year. We built it around the theme ‘black and white’ – specifically black and white movies. We made an enclosure so our tack wasn’t lying around and the boards for each of the calves were made to look like film reel. We presented each of the handlers as ‘starring Andrew Patton’ or ‘starring Lauren Henry’, to highlight that they were our star competitors.”

Full results on how the Northern Ireland Holstein Young Breeders team got on are below:

On the 'up': Down dairy farmers pipped at the post for UK grassland award