Contractors to meet with department on controversial ‘fast’ tractor rules

Concerns over new criteria for road-worthiness testing of ‘fast’ tractors will be addressed at a meeting between department officials, and all key stakeholders next month, according to the Professional Agricultural Contractors of Ireland (PAC).

Over recent days, farmers, contractors and representative bodies have reacted furiously to revelations that tractors capable of speeds in excess of 40kph, and involved in commercial haulage, will be subjected to road testing if travelling distances more than 25km from base.

The regulation, contained in Statutory Instrument (SI 413/2017), was signed off on by Minister for Transport, Tourism and Sport, Shane Ross, on September 29, without prior consultation with the various stakeholders.

The Road Safety Authority (RSA) confirmed that the measure will come into effect in May 2018.

Michael Sheehan, chairman of PAC, has today secured a meeting with department officials for early November, where all interested parties will be able to address the “serious implications” of the rule. 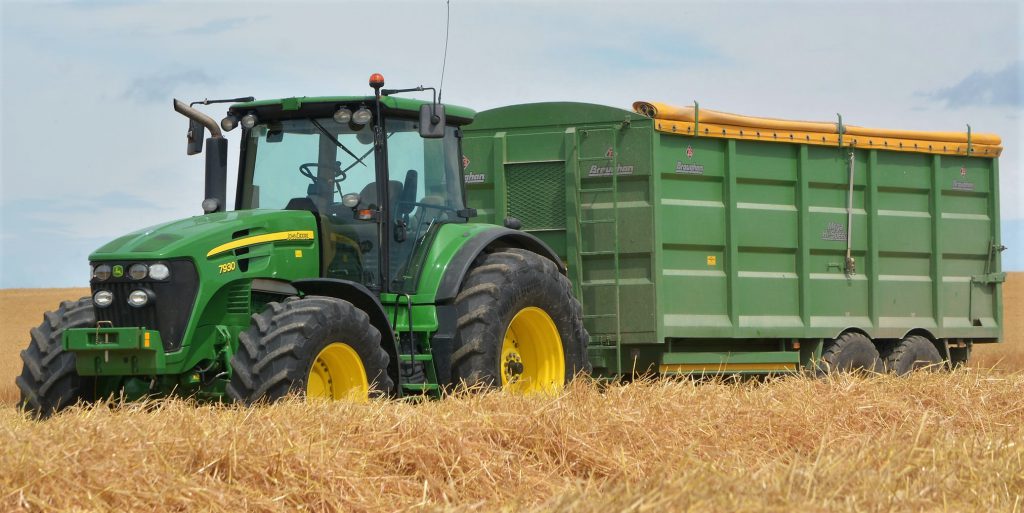 “As a group we’ve not objected to the testing of ‘fast’ tractors for commercial use. That’s in the directive and there is no point in arguing about it. But we are very concerned about the limitations of the 25km; that is a major issue.

On the interpretation of commercial haulage we reserve the right that bales and silage are agricultural produce. We should be allowed to move that for a farmer whether it be 25km or 50km. The limit of 25km is certainly not a reasonable or feasible figure; it has to be 50km or upwards as a minimum.

“All stakeholders will be called to the meeting; there needs to be a resolution. I would like to think that this has been a genuine mistake. However, we’re at the situation where it has been signed off on, but it can be changed if there is a will to change it,” he said.

Yesterday, a spokesperson for the RSA explained that the measure is not aimed at farmers.

However, the RSA has reportedly defined commercial road haulage as “to include the delivery of agricultural equipment or produce, where there is a contract relating to a delivery service and that includes the collection and delivery of bales of hay, straw and silage”.

The spokesperson also confirmed that the RSA is working on producing guidelines on how the regulations will be implemented in practice. These will be published in the coming weeks.

Liam Dunne, the Irish Farmers’ Association’s (IFA’s) Grain Committee chairman said: “This is a whole extra layer of bureaucracy that we don’t need and we don’t want. Very few tractors travel more than 100km from their base – this is a figure we can live with.

“A 25km limit means that you are effectively curtailed in your own parish,” he added.

It is thought that the cost of booking a ‘fast’ tractor in for a test will be in the region of €150 plus VAT – while reduced rates would be put in place for re-tests.

Haulage: 'Fast' tractors travelling more than 25km from base liable for testing