Met Éireann has issued a Status Yellow rainfall warning for nine counties, with up to 40mm of rainfall expected in places.

Issued earlier today, Tuesday, February 18, the warning will come into effect from 4:00am tomorrow morning and will remain in place until 4:00am on Thursday morning.

In these counties, heavy rainfall through tomorrow and tomorrow night is forecast, with 25 to 40mm expected.

Localised flooding is likely as the ground is saturated at the moment and river levels are elevated following recent heavy rainfall, Met Éireann warns.

Meanwhile, the rest of today will be cold and blustery, with sunny spells and scattered showers of rain or hail, as well as a risk of thunder.

Showers will be heavy and prolonged in places early this afternoon, merging to give longer spells of rain.

Showers will turn increasingly wintry in the north and west later this afternoon, with some snow possible over high ground. Maximum temperatures of 5° to 8° are expected, in fresh to strong and gusty westerly winds, up to gale force on Atlantic coasts.

Early tonight, showers will largely die out and most areas will be dry for a time, with clear spells and winds easing.

Cloud will increase from the Atlantic and outbreaks of rain will extend eastwards across the country, reaching all but the north-east by morning.

It will be cold at first, with minimum temperatures of 0° to 4°, coldest in the east and north, with frost and a risk of icy patches; however, temperatures will rise later, Met Éireann says. 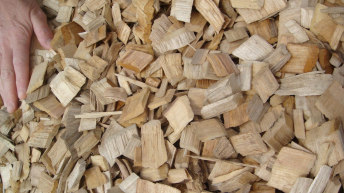