21% of DAS payments yet to be paid, highest in Galway

22,316 farmers have yet to receive their disadvantaged area payment (DAS) for 2013. This is according to statistics released by the Department of Agriculture, Food and Marine.

The information requested in a parliamentary question by Deputy Éamon Ó Cuív showed that more than 21 per cent of applications have yet to be processed and the department have to date paid out €173m to 82,238 farmers in the scheme.

Other figures released showed that 18,613 farmers have yet to receive their single farm payments for 2013. To date €569m has been paid to 113,215 farmers all over the country in the past few weeks. Cork with the highest number of single farm payment applicants at 13,507 has 1,511 farmers yet to be paid under the scheme.

For a more detailed county by county breakdown view below: 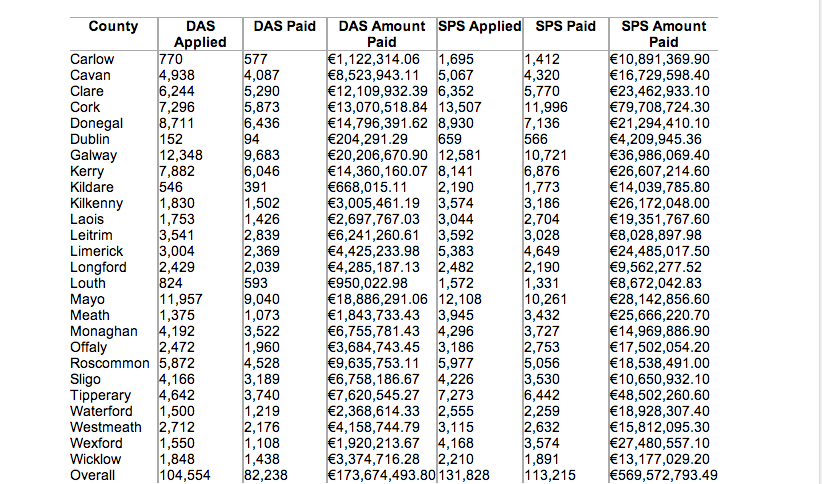