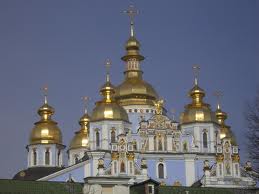 COMMENT: Lately much of the attention focused on trade deals has focused westward on trade talks between the EU and Canada and the US. However, the EU has also been active in the East and there exists a real potential for enhanced co-operation and market integration between the EU and Ukraine before the end of the month.

On the 28 November the president of Ukraine, Viktor Yanukovych, will travel to Vilnius for the EU Eastern Partnership summit. Pending the outcome of ongoing negotiations this summit could see Ukraine sign an ‘association agreement’ with the EU.

The signing of such an agreement would deepen trade and economic co-operation between the EU and Ukraine, giving Ukraine the opportunity to export a proportion of its agri-food produce into Europe at reduced tariffs. Moreover, it would necessitate Ukrainian food and agricultural companies having to adopt stricter EU quality standards. This in turn would also help improve the competitiveness the domestic agri-food sector there.

The potential signing of this agreement also presents opportunities for Irish food and agri-service companies. Evidence of this was seen last week with Origin Enterprises entering into a €12m Joint-Venture with Ukrainian company Agroscope.

In what was once described the breadbasket of the Soviet Union, you can gain a sense of the enormous potential of the Ukrainian food and agricultural sector though the following statistics;

Undoubtedly, the vast agricultural potential of the country has attracted investment activity in recent years. Interest in the sector had intensified in recent months.

“We have helped many clients in recent years with investments related to building new storage and distribution capacity. In recent months we are seeing more requests from companies regarding plans to grow their businesses both domestically and internationally. This is coupled with a desire to expand further up the value chain.”

Since 2005 the emergence of large Ukrainian agri-holdings has seen many companies float on the stock exchanges of London, Frankfurt and Warsaw. This has helped dozens of Ukrainian companies attract much needed capital, >$1.7 billion (€1.25bn) in total.

Price Waterhouse Coopers note in a recent report that several Ukrainian Agri-Food holdings secured Eurobond investments of US$1.5 bn (€1.1bn) in the 12 months leading up to August 2013. Last month the Export-Import Bank of China announced US$3bn (€2.2bn) of investments within the Ukrainian agricultural sector.