20ac of Meath land with road frontage to go for auction 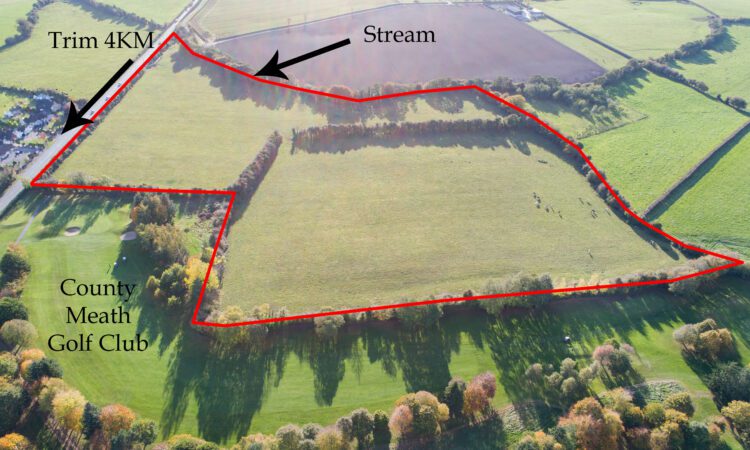 “The lands are very fertile and are in permanent pasture, with no waste. They have the benefit of being watered by a continuous stream. They also benefit from extensive road frontage.

“They are suitable for the erection of a private dwelling house, subject to the necessary planning permission,” said selling agent Aidan Heffernan of Sherry FitzGerald Royal. There are several one-off houses on the road.

“The lands have been leased to a local farmer for the past number of years and are maintained to a high standard,” he said.

“There is a very strong demand for long-term leasing, which is tax-efficient for the land owner. The knock-on effect is the availability of land for con-acre is reduced.”

The 20ac holding is adjacent to Co. Meath golf club, on the R160 Trim/Longwood road, approximately 4km from Trim. The club was established in 1898 and the course was extended to 18 holes in 1993 and a new clubhouse developed.

Situated on the River Boyne, Trim has a population of approximately 9,000.

“This charming, well planned town attracts a large number of visitors and has now developed a reputation as being the gourmet capital of the north-east.

“The town has a host of excellent hotels including Knightsbrook; Trim Castle; and Castle Arch and has established itself as a go-to location for dining out with a number of first-class restaurants,” Aidan said.

“The town is noted for Trim Castle – the largest Anglo-Norman castle in Ireland. Trim has won the prestigious Tidy Towns Competition several times, including a gold medal in 2014, highlighting the strong sense of community,” the agent said.

“Trim has excellent schools including five primary and two secondary schools. There is a regular bus service to Blanchardstown and Dublin city,” he concluded. 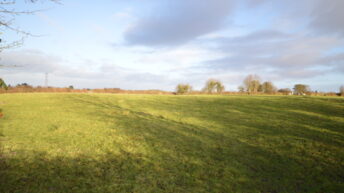